Cop Makes Woman Sit In Hot Car After Leaving Dog Inside. Her Furious Response Is Golden 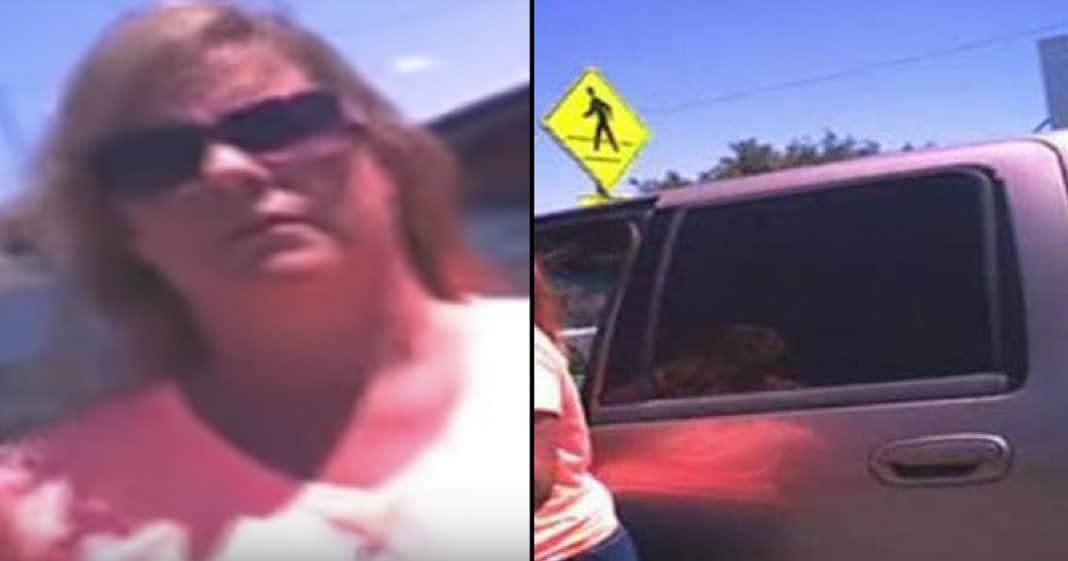 We’ve shared too many stories of people choosing to leave their animals in vehicles in hot weather. It’s baffling to us why some folks make this life-threatening and dangerous decision that could ultimately kill their pets.

Do folks continue to make this drastic choice out of laziness? Or do they simply not care about their animals?

One officer in New Mexico has clearly had enough of seeing animals locked up in vehicles and he decided to do something about it. He had the perfect solution to one woman’s callous response.

New Mexico police officer Vincent Kreischer spotted a dog locked in a car in the parking lot of a grocery store. When the dog’s owner, Shelly Nicholas, emerged from the market, he confronted her, but she claimed to have only left her dog alone inside the vehicle for ten minutes.

Officer Kreischer explained that, in the 90-degree heat, the inside of the car could heat up to 114 degrees in those 10 minutes. The poor pooch was in great distress, even after such a short time in the car.

However, when Kreischer asked Nicholas why she left her dog locked inside the car, she became irate and very rude toward him. Bad mistake. You don’t argue with a police officer after you’ve committed a crime so horrible as letting your dog sit trapped in such sweltering conditions.

In response to the woman’s attitude, the officer suggested that, since she didn’t believe conditions were so bad in her car, she should sit in there with the doors closed, windows rolled up, and engine off – just like her dog had – while he wrote her ticket.

That’s when the woman began to protest about how hot it was outside and said she couldn’t possibly do as the officer ordered.

Too bad for her. She should’ve thought of that before leaving her dog to suffer in her car while she headed inside where it was nice and cool.

We’re glad this officer took a different approach to this situation. Giving the nasty woman a taste of her own medicine hopefully taught her that you don’t mistreat any living being.

Did you appreciate Officer Kreischer’s creative punishment for this animal abuser? So share this!