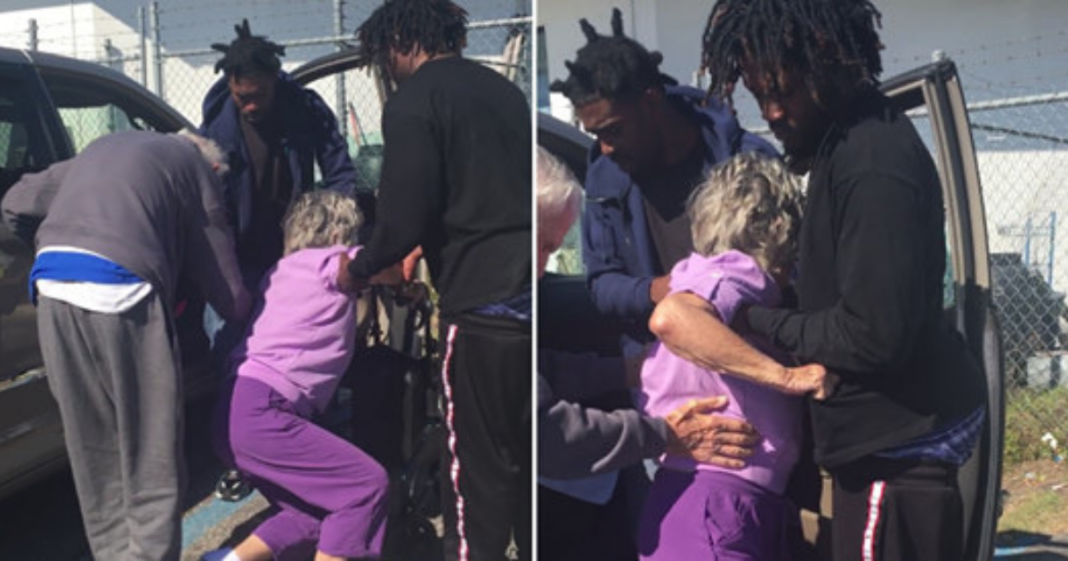 Although the daily news tends to focus on the negative, there are plenty of good things going on all around us if we just look for it. That’s what one police officer in Williston, Florida did when she saw three young men surrounding an elderly couple in a parking lot. What she saw was so touching that she just had to capture it on video.

Sheriff’s Deputy Kanesha Carnegie was sitting outside a gas station in her truck when she spotted the young men she recognized walking over to the couple. Rose Griest, 89, and her 100-year old husband, David, were struggling to get back into their car. They stopped at the gas station for a break following Rose’s doctor appointment in Orlando.

Carnegie jumped out of her truck to offer her own help, but as she got closer she saw that the men were doing a great job on their own.

“I went over to assist them, and when I got there … they kind of had it under control,” she explained.

“I thought at the time they looked really beautiful and that was a nice view to see.”

“I stepped back and I just videoed them.”

Carnegie knew the young men, having worked in the Levi County area for 18 years. She told Inside Edition that the men had some trouble in their pasts, and that’s partly why their kindness was so moving to her.

“They do a little rapping in the local community, so I know them and they know me,” she said

“They don’t have the greatest history,” she said. “And that’s the beauty of it.”

Carnegie wanted to share a good example with her local community, but then the video went viral, reaching over 96 thousand shares.

“I wanted them to have that moment to show who they really are.”

The video (see below) shows the men, Joc Koe Stoe, Marty, and Freddy G, carefully helping Rose, who wasn’t feeling well that day, into the car as her husband stands by watching. At one point she almost falls down, but they help her back to her feet.

After they get Rose in her seat, her husband thanks them for lending them a hand.

Thank you so much, fellas,” says David.

“No problem, sir,” one of the men responds.

“Thank you,” says David as he heads back to the driver’s seat.

When the men are sure the couple is safe, they say goodbye to Rose.

Inside Edition interviewed one of the men, 26-year-old “Joc Smooth,” who said what they did that day was just act on instinct. 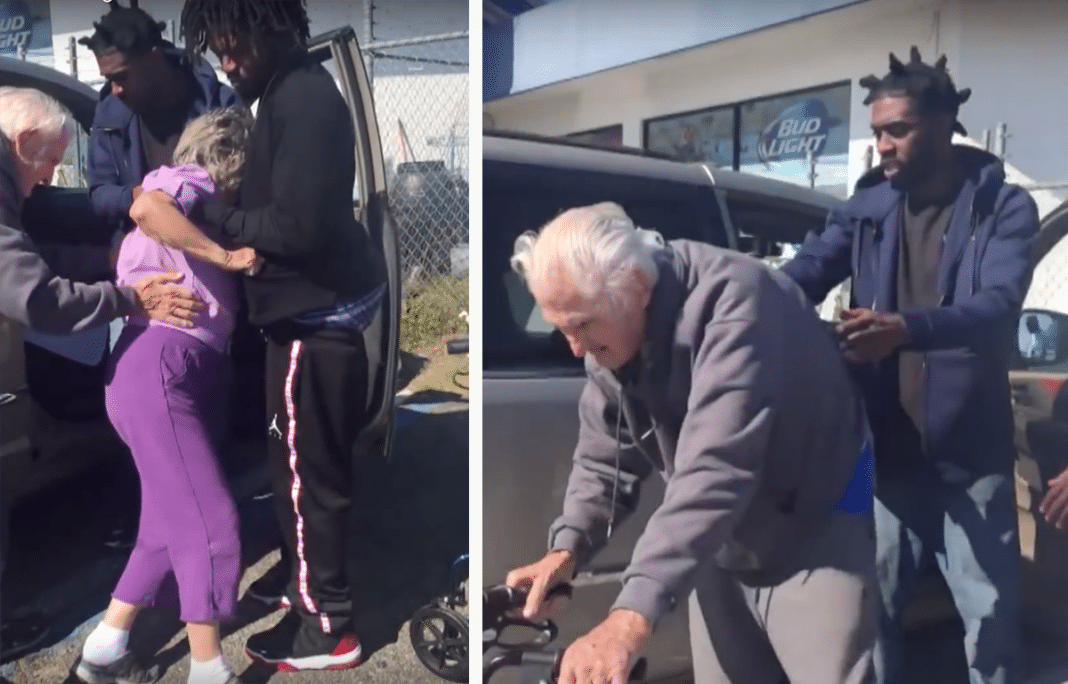 “I asked permission to assist them,” and the husband said yes. “She was out of breath and so tired. She was so exhausted, I knew she wasn’t able to go much farther,” he said.

“I kept thinking, ‘She could have been my grandmother.’ 100 years old is a beautiful life.”

A heartwarming act of kindness was caught on camera as a group of young men encountered an elderly couple who needed help getting into their van. https://t.co/2JlhZHBc3v

The three men spotted the couple from a window inside the gas station while they were buying snacks and decided to come to their aid. Now the rappers are famous as Good Samaritans.

After the video went viral, Tommy Griest, the elderly couple’s grandson, contacted Carnegie to thank her. The Griests have been married for 20 years, and he is very proud of them.

“He was extremely grateful, extremely thankful. He said his grandfather retired from the Air Force. That explains why he’s 100 years old and still driving. You can’t stop somebody I like that, ever.”

He offered praise for the young men.

“Praise these guys for helping them,” Griest said.

Tommy said that he doesn’t think his grandparents use social media, but thinks they would be happy to know the video went viral.

“I don’t think they even know about the video. It would make them happy.”

See what happened in the video from Inside Edition below: