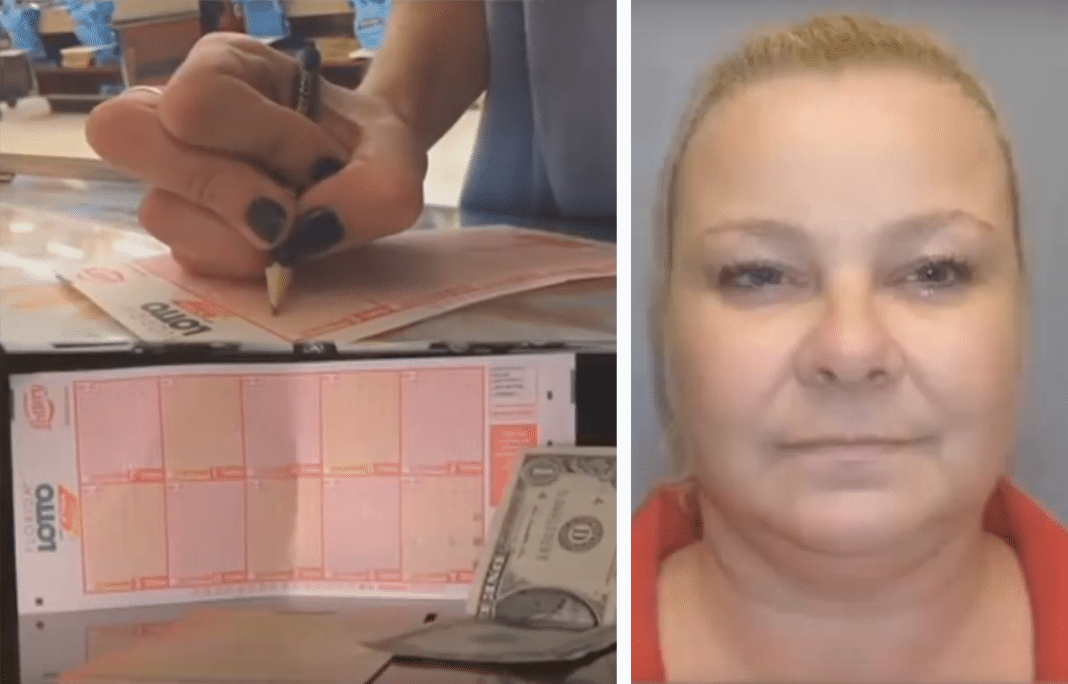 When you buy a lottery ticket, you take a chance. Sure, we all know that it’s very unlikely that you will win but there is that small chance you could catch a big break. It’s a chance that is hard to resist, but many people may not realize is that if you win, you may also be taking a chance when you hand over a winning ticket at the place where you buy it. What if the store clerk isn’t honest?

One store clerk in Fort Myers, Crystelle Yvette Baton, 42, was hoping a winning lottery ticket winner would take that chance on her. A man stepped up to the counter at Winn Dixie to present her with a winning ticket. When Baton looked at the numbers, she scanned it and realized the prize was worth $600. However, Baton decided that this was her lucky day, not her customers. She lied and told her customer that the payout was only five bucks.

So many matches, so little time. REPLY your best $2 Scratch-Off rhyme! pic.twitter.com/aVTTj3HJ9p

Reaching into her own pocketbook, she took out a five and gave it to the man so it wouldn’t appear on the books. Then she put the winning ticket securely in her notebook. Later on, she would pocket that cash herself, she thought to herself.

What the deceiving store clerk didn’t realize is that this was far from her lucky day. That customer she tried to scam was no ordinary customer, and he knew the value of that “winning ticket” very well. He was an undercover agent conducting an integrity investigation by the Florida Lottery Commission’s securities division. Baton was busted cold.

The agent returned to the store and the cashier was arrested. There hidden in Baton’s notebook they found the lottery ticket. She was charged with larceny grand theft on January 22, 2018. Rather than going home with a windfall of cash, she had to pay a $5,000 bond instead. But that wasn’t her only problem…

In response to the news about their employee, Winn Dixie fired her.

The store issued a statement:

“We are taking this matter very seriously as the trust and safety of our customers is our highest priority. The associate’s employment has been terminated,” said Joey Medina, Regional VP of Winn-Dixie.

Now Crystelle Yvette Baton’s story is a reminder that the Lottery Commission randomly checks up on ticket sellers to ensure that scammers don’t pocket the winnings for themselves.

The Miami Herald noted a reader’s comment, which indicates this type of scam might be more common than you would think. However, there are some ways to avoid being scammed.

“This is much more common than you would think. I put my name on the back always, and always notice when the cashier checks the back before she determines whether it won something or not. A favorite trick, pretend to throw ticket away after telling someone they did not win anything, and then when they leave, pull it out of the trash and collect.”

The Herald suggested one way to make sure this doesn’t happen to you is to use the electronic checkers placed near the lottery machines. That way you can verify the winning amount and also save time in line.