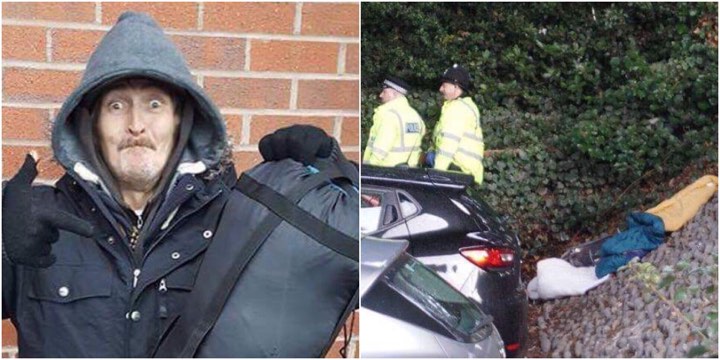 A homeless man was found dead in a car park after the city council allegedly took away his sleeping bag. Some folks don’t allow these people who, whether by choice or not, live on the street to maintain their dignity. Adam, a friend of the homeless man, simply known as Kevin found him deceased under a flyover in a car park. Adam claimed the town council took away all of Kev’s possessions just days before his death.

“I put my hand on him to shake him, and that’s when I knew something was wrong, and my heart sank,”  said Adam. He’s known the older man for 18 months. Adam says Kev didn’t drink or do drugs. He’d often give Adam life advice.

Adam makes a daily drive through Bournemouth; he saw Kev sitting on a wall on a street corner over a year ago.

“A couple of weeks ago he said the council took his sleeping bag. They see it as rubbish, but they don’t realize these are homeless people,” he added. “Sleeping bags are the stuff that keeps them warm.”

It was seeing Kev each day that made him stop: “That’s what made me pull over the first time — I stopped to ask him if he was okay and we got talking,” he said

The city council released a statement where it denied taking Kev’s possessions. It also discussed how they’ve reached out to him numerous times, but he always refused their assistance.

“We are very saddened to hear of the death of this gentleman,” said Councillor Cabinet Member for  Housing Robert Lawton. “To be clear, we can confirm that the Council did not remove his bedding and  belongings.”

“We have been attempting to engage with him for the last ten years.”

This isn’t the first time the council has come under fire. It has supposedly purchased one-way tickets to drive the homeless from town. And, to deter people from sleeping near the bus or train stations, they had bagpipe music played.

found on youtubefrom jan16 one of the tactics used by Tory Bournemouth council in their War on the Homeless.. music has been used as torture in Guantanamo Bay, in the war on terror.. this council today said they were upset a homeless man Kev died after it was reported they took his sleeping bag away

Hope for Food charity founder Claire Matthews, 45, offered a different story. She claims in order “to clean the streets,” the council removed the sleeping bags her organization distributes.

Kev was a regular in her soup kitchen; he was popular with everyone: “Kevin was a lovely man,” she said, adding that he “never asked for anything and was always grateful for what he got.

“More needs to be done to help these people,” she said.

Yes. More should be done. No one should be left on the streets to die cold and alone. The homeless shouldn’t be stigmatized or treated with such crudeness. They deserve respect.