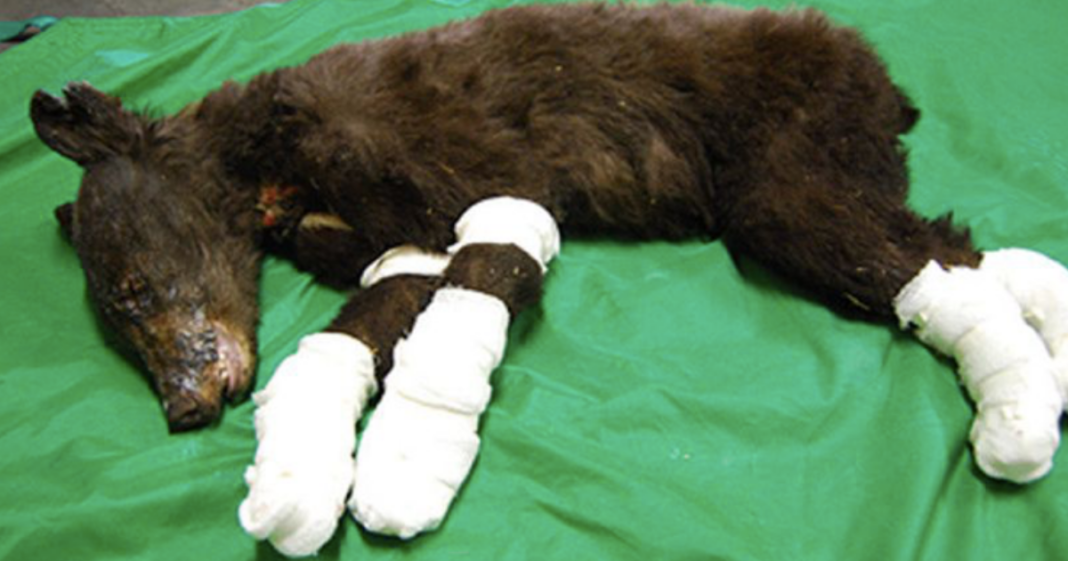 A young female black bear who won the hearts of people across the Northwest as a cub after she survived severe burns from the devastating 2014 Carlton Complex fire in Washington State has been found shot to death.

Park rangers discovered the bear when they went looking to investigate the reason her tracking collar had stopped working. They found her skeletal remains in a cave, a hunter had disabled the collar after killing her.

The bear, nicknamed Cinder, underwent nearly a year of treatment and rehabilitation at Lake Tahoe Wildlife Care after she was rescued by a Methow Valley rancher who found her under a horse trailer two weeks after the Carlton Complex fire.

When found, Cinder weighed 37 pounds and had third-degree burns on all four paws severe enough that she was walking on her elbows.

During her rehabilitation, the bear cub bonded with a younger male cub named Kaulana, who had also been injured and would not leave her side. They were released together in 2015, but he was killed by a hunter later that year. Cinder was outfitted with a GPS radio collar and released in the mountains about 30 miles north of Leavenworth, Washington.

Rich Beausoleil, a bear specialist at the Washington Department of Fish and Wildlife, told CBS News and other outlets that Cinder had last been seen, alive and healthy, in her den in February 2017. Cinder’s radio collar stopped transmitting in October 2017, but officials hoped it was because she was holed up in a den for the winter. 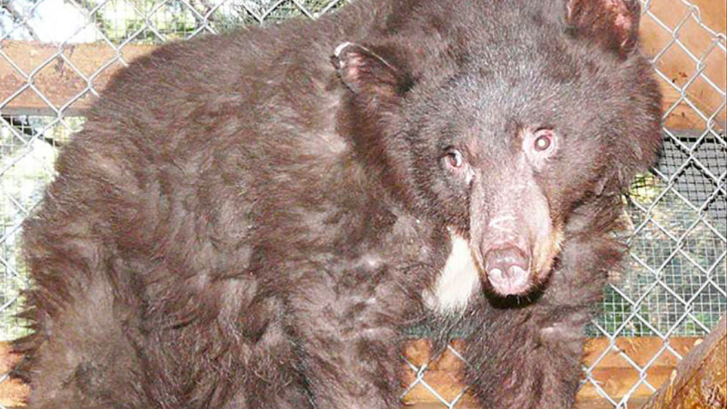 A team was dispatched in September 2018 to look for her and “found her skeletal remains not far from where she was set free after her recovery,” it has been reported. Beausoleil told the station that the hunter shot her and cut the collar, deactivating it.

Cinder inspired many to recover after she miraculously survived from the fire that had nearly taken her life. The largest in Washington State recorded history, the Carlton Complex Fire scorched 400 square miles and destroyed 300 homes.

“She inspired them to rebuild and move on from the devastating Carlton Complex Fire,” Beausoleil told CBS News. “I’ll always remember someone saying, ‘If Cinder can do it, then we can do it.’ That inspired me too.”