Celebrity Teams Up With Salvation Army To Buy 24,000 Thanksgiving Meals For Struggling Community 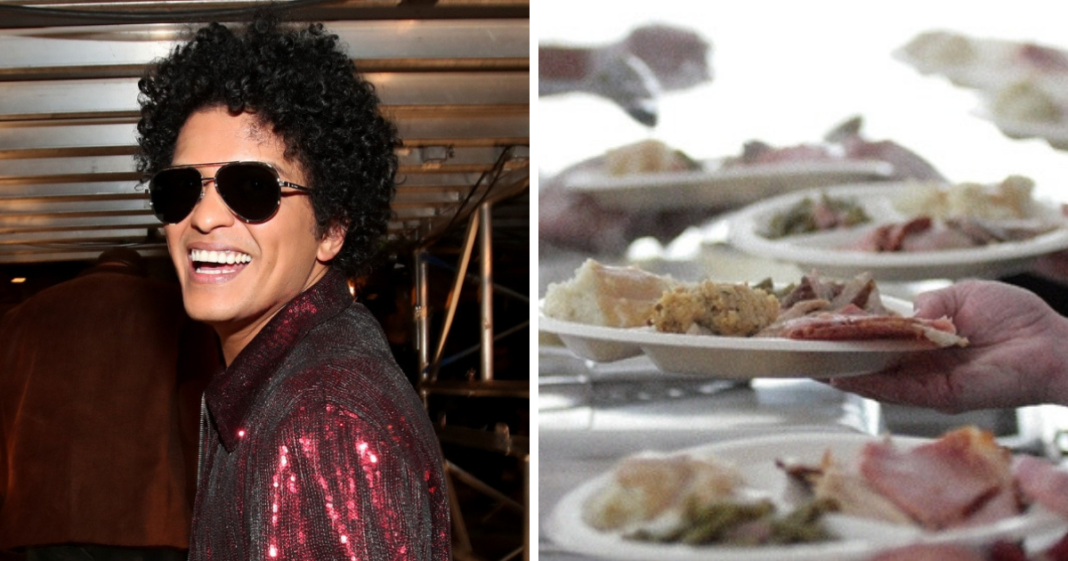 Singer Bruno Mars is proving once again that he’s a class act.

CNN is reporting that Mars, 33, has donated enough money to provide 24,000 Thanksgiving dinners to people in his native Hawaii. This amazing act celebrates the success of Mars’ “24K Magic” tour.

The singer has teamed up with the Salvation Army to provide these meals for the non-profit’s 48th annual Thanksgiving Dinner meal program.

“We are humbled and honored by this generous donation from Hawaii’s own Bruno Mars,” Major Jeff Martin, divisional leader of the Salvation Army Hawaiian & Pacific Islands division, said in a statement. “Bruno is a shining example of how people in Hawaii step forward and take care of one another and we are grateful to him for his aloha and kokua.”

Bruno seemed happy to be home in Hawaii. He shared this photo of himself as a child holding a microphone with this message on his Instagram.

Let’s have a good time tonight, Hawaii! Most importantly, let’s show love and aloha to everyone driving down and attending the concert. I’ve missed you all and I can’t wait to perform and sing on the island I call home. See you tonight! 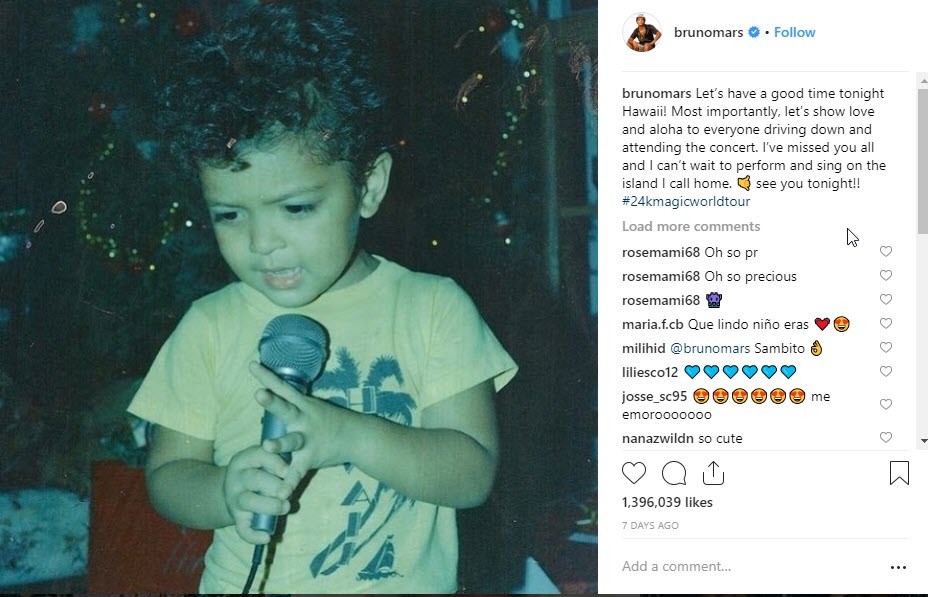 The singer is no stranger to giving. In August 2017, Bruno donated $1-million to victims of the Flint water crisis. The half-Filipino singer donated $100K to children affected by Typhoon Yolanda, which hit The Philippines in 2014.

In the Flint, Michigan case, Bruno was donating money from his sold-out concert in the state.

“Ongoing challenges remain years later for Flint residents, and it’s important that we don’t forget our brothers and sisters affected by this disaster,” Mars said in a statement. “As people, especially as Americans, we need to stand together to make sure something like this never happens in any community ever again.”

The morning after the concert in Hawaii, Mars posted an Instagram video of “waking up in Hawaii.” It’s always good to go home.