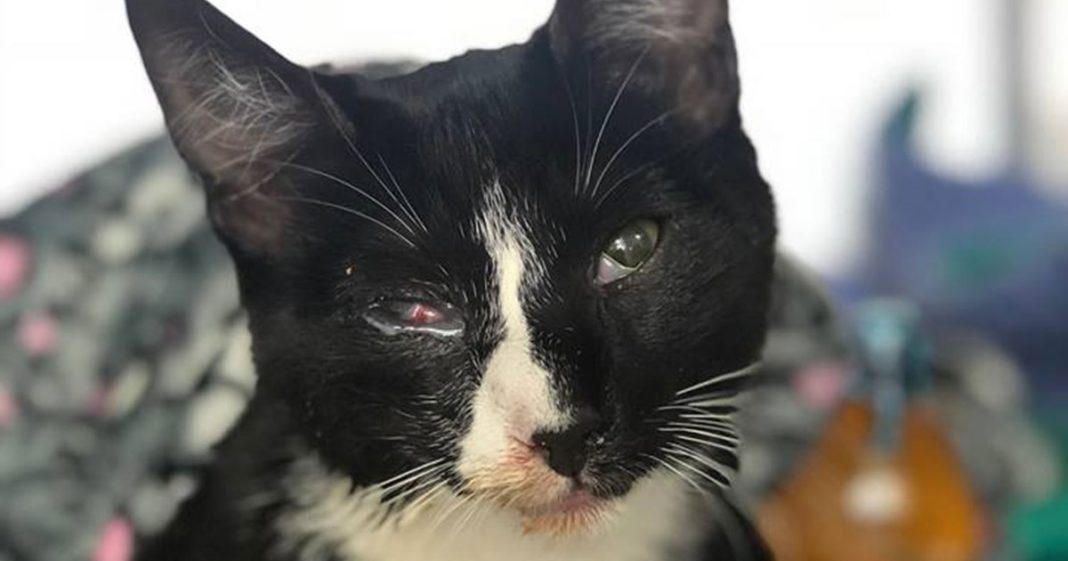 There’s an old saying, “curiosity killed the cat.” Fortunately for one lucky feline, she used one of her nine lives to escape that fate. 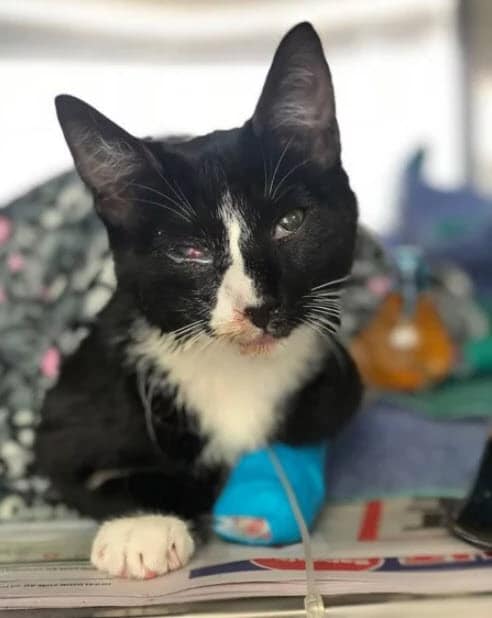 Poppy, the cat, must have thought she had found a new cozy little place to take a nap. Unfortunately, she didn’t realize that it could have very well been her last kitty siesta.

According to a Facebook post from the Animal Medical Centre in Launceston, Tasmania, the black-and-white kitty accidentally found her way into a full washing machine, where she dozed off.

The kitty went unnoticed by the owners when they turned the machine on.

Kim Burr, Poppy’s owner, explained to ABC news, that she was doing a load of laundry when she and her family became aware that she hadn’t seen Poppy for a while. They searched the entire house, the cupboards, and in every little corner until they realized something that made their heart stand still.

Poppy was in the front-loading washer, and they got to her just in time before the machine’s spin cycle started.

“Meet poor little Poppy who miraculously survived a full wash cycle!” the animal hospital wrote in their post. “Poppy’s distressed owners phoned Dr Lisa Towns for an after-hours consultation after finding her in the washing machine at the end of a full 30 minute cycle – ALIVE!”

“I think she must’ve gotten in between me moving the washing basket out and getting the second load in,” Burr told ABC News.

“I didn’t see the kitten anywhere [but] she must’ve been somewhere close by and jumped in as I moved the baskets and put another load of washing in,” she added.

Miraculously, when the Burrs brought Poppy in to see the vet, the veterinarians discovered no broken bones. Poppy arrived at the hospital disoriented and cold but left with no lasting damage. However, she did have a little water in her lungs, a head injury, and a couple of bruises. 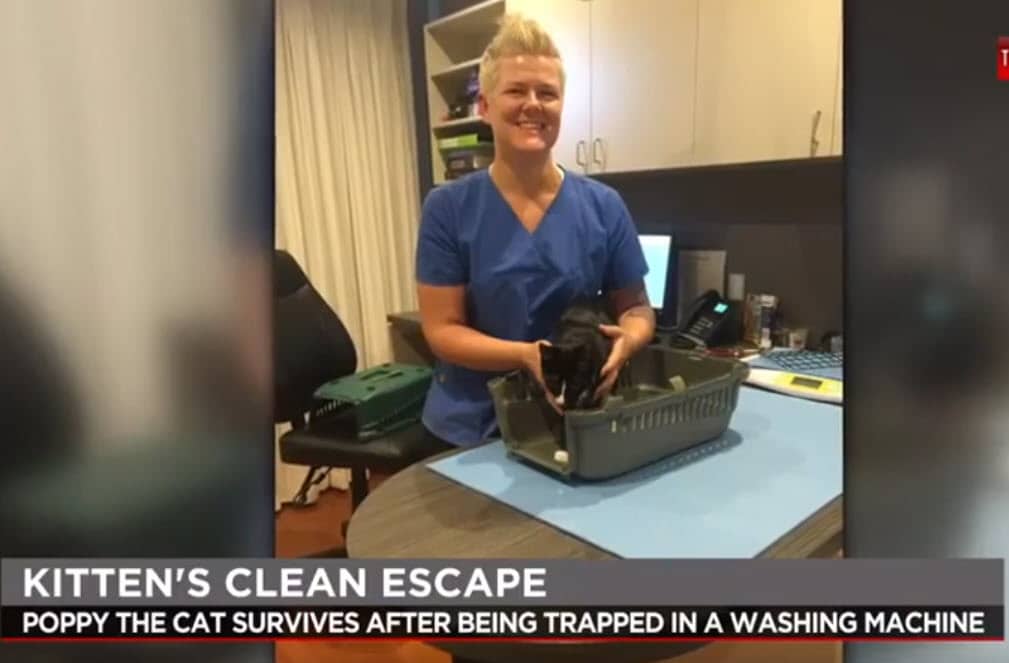 Poppy spent two days receiving fluids and recovering in the hospital before returning home with her family.

The vets who treated Poppy are amazed that she didn’t drown in the wash cycle.

“We hope Poppy learnt her lesson and now realizes the washing machine certainly isn’t a cosy place to sleep!” the hospital added on Facebook.

Burr said that Poppy quickly returned to normal and didn’t seem to hold any grudges against or family for the whole washing machine fiasco.

“She’s fully recovered back to her old ways of running and jumping off couches. You wouldn’t know what she went through,” the cat mom said.

Now that’s what you call one lucky cat!