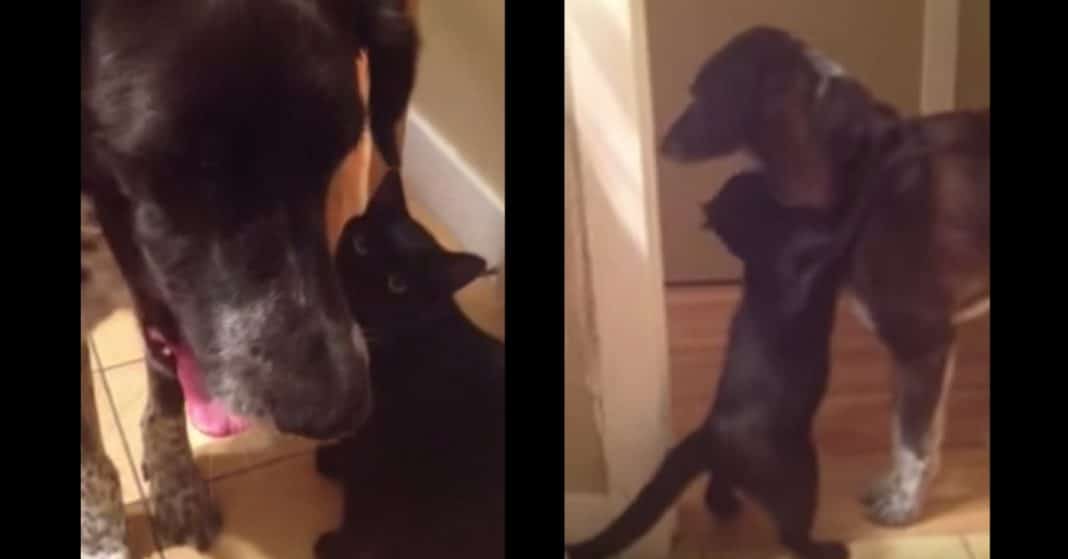 Usually, cats and dogs are depicted as being mortal enemies, but sometimes the most unlikely of friendships can occur between the different species. Such is the case with Jasper the cat and her canine buddy, Bow-Z – they definitely love each other!

The pair had been separated for 10 days, but to Jasper, it might as well have been a lifetime. When the pair finally reunited, Jasper’s reaction was nothing short of heart-melting.

Jasper spotted Bow-Z and peered at him with disbelief for a minute, unsure if it was really her buddy. When she finally recognized him, she pounced.

Bow-Z didn’t appear to be as bothered by their separation. He headed into another room, Jasper padding close behind.

But soon it was clear that Bow-Z was more excited about the reunion than he let on. His tail wagged as his cat housemate clung to him. Maybe he missed Jasper a little bit?

Throughout the precious video, Jasper meowed indignantly. How could Bow-Z leave her side for so long?!

This video of their precious reunion has been viewed over 20 million times, and it’s not hard to see why! The love between this pair is enough to melt even the coldest of hearts!

Did you love watching this sweet reunion as much as we did? So share this!