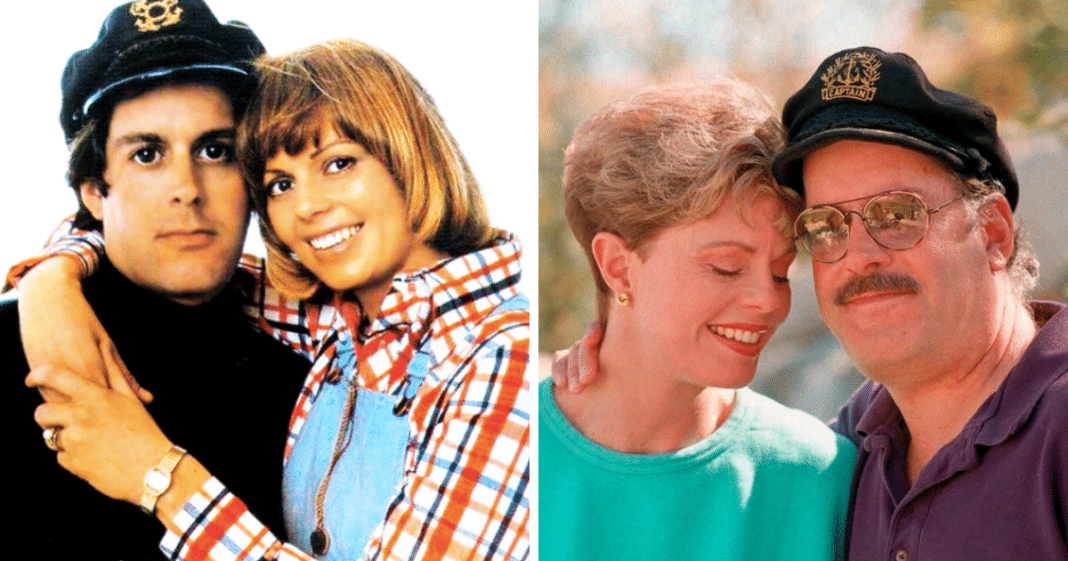 People who grew up in the 1970s and 1980s are saddened today as they learn that the Captain from the music duo Captain & Tennille died on Wednesday of renal failure at age 76, his publicist said.

Daryl Dragon was the husband in the famous duo, usually seen playing piano in the background of his beloved former wife, Toni Tennille. Toni released this statement, via CNN.

“He was a brilliant musician with many friends who loved him greatly,” she said. “I was at my most creative in my life when I was with him.”

Daryl Dragon, one half of popular '70s duo The Captain & Tennille, has died, according to his publicist Harlan Boll. He was 76. https://t.co/WkFdpmAva4 pic.twitter.com/b9Mk1vClUw

Daryl always wore a captain’s hat, which he became known for. It was his signature, you could say.

A doll created in his likeness was even wearing the hat.

The duo was famous for mega-hits like “Love Will Keep Us Together” and “Muskrat Love.” Another big hit was “Do That to me One More Time.”

Daryl was trained in classical piano, and one of his earliest gigs was as a backup for the Beach Boys in the mid-1960s.

Many Twitter users, some of them well-known, paid tribute to the legendary musician.

So sad to hear about Daryl Dragon. Daryl was a great guy and a hell of a musician and keyboard player. I feel very bad about this. Love & Mercy to Daryl, his family and friends. pic.twitter.com/dKhIlb4eBd

#RIP Daryl Dragon, The Captain, a great musician, keyboard player and friend for over 40 years. He took “Love Will Keep Us Together”, made it his own with the magic of his playing and her incredible voice. My sympathy to his family and to @ToniTennille. pic.twitter.com/43om2JnISG

RIP to a real one https://t.co/y7iqYuvc9r

The Captain & Tennille sang “Muskrat Love” in the White House in 1976, which reported made Henry Kissinger “miserable.” This is an epic achievement for anyone’s life. #RIP Daryl Dragon. https://t.co/i2ffmMF7wR

1977: Got a white Panasonic cassette player (pictured) and 3 cassette albums, as a gift while in the hospital having my adenoids removed. The 3 albums? Captain & Tennille’s Greatest Hits, Barry Manilow Live, and Debby Boone You Light Up My Life. The details we remember… pic.twitter.com/CsH5VmAzhP

Daryl and Toni met in 1970. She had been hired to play piano for the musical “Mother Earth.” The pair married in 1975. They had signed a deal with A&M Records a year before.

They had a troubled marriage, according to USA Today. But it had little to do with their relationship and more to do with Daryl’s “very, very difficult family” and “famous but overbearing father,” according to Toni in her memoir that was published in 2016, “Toni Tennille: A Memoir.”

They divorced in 2014 after 40 years of marriage and remained close friends.

Toni Tennille was at her former husband’s side when he died. As their famous song said, “Love will keep us together.” Though they divorced, she was right there with him at the end and has been taking care of him since 2017.