Bus Driver Sees Age 92 Man In Distress, Grabs Water Out Of Own Lunchbox & Sits Him In The AC 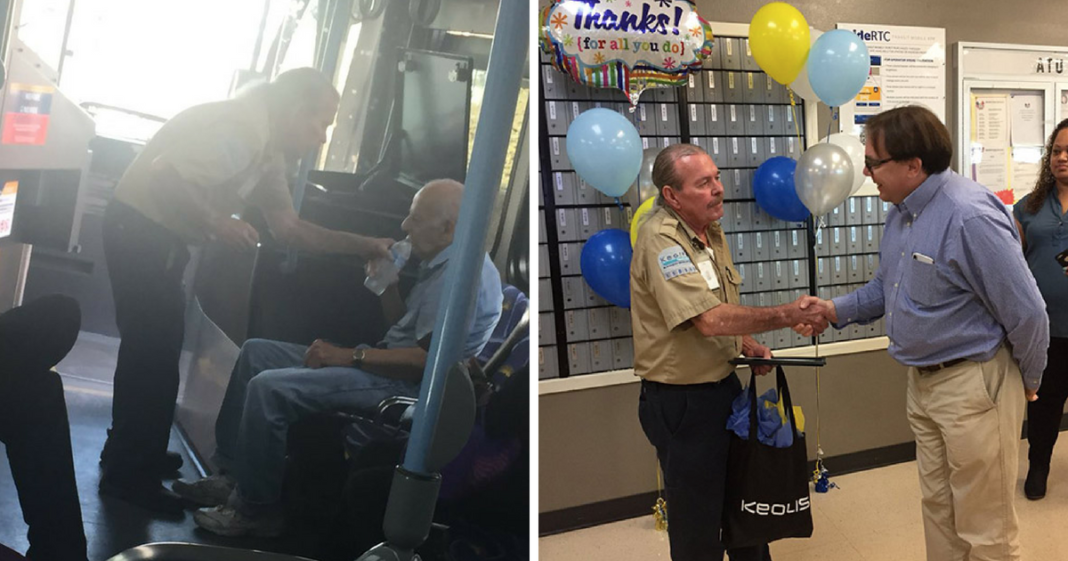 I wonder how many good deeds we’d find in a single day if we counted. Big or small, these acts of kindness change the lives of those in need whether they ask for help or not. Too many every-day people go unrecognized for the simple ways they improve the lives of total strangers.

One bus driver from Nevada received praise for aiding an elderly dehydrated passenger attempting to board his bus. Mike Blair works as a bus driver for the Regional Transportation Commission of Southern Nevada. He encounters many people during his shifts; during one somewhat standard shift, a 92-year-old man caught his eye.

He told a local television station about that specific day. “It had to be smoking hot out there. Had to have been 110,” Blair told KSNV.

“This one gentleman would not board the bus. He seemed like he started to grasp the wall and seemed to be in distress.”

Blair assisted the man onto the bus. He seated him beside the air conditioner. For good measure, he retrieved a water bottle from his lunchbox and gave it to him. “I got him, sat down and I said, boy I gotta do something else. I had a bottle of water I brought in my lunchbox, so I got my lunch box out and gave him the bottle of water.” 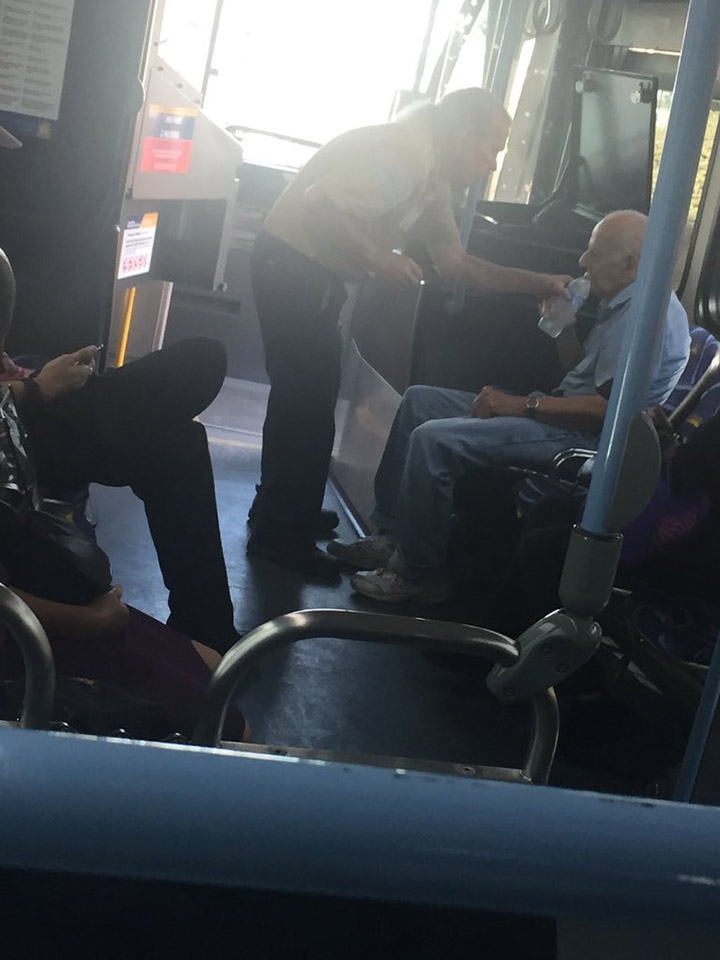 This seemed to do the trick. After about ten minutes, the man appeared to perk up. He got to his feet and went on his way.

The driver’s act of kindness caught the attention of another passenger who snapped a quick photo and posted it on twitter. Keolis threw Blair a small party and framed the viral photo for him since he doesn’t have a Twitter profile. “I guess I have to learn how to do Twitter, huh?” Blair joked. 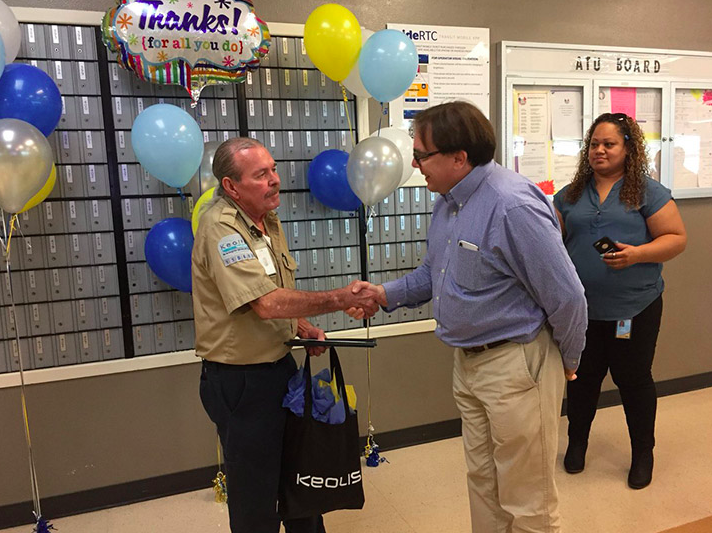 Nah. Just keep on riding and looking out for your passengers, Mr. Blair.