Burglar In Ski Mask Breaks In And Chases Age 9 Boy Upstairs, Then The Boy’s Pit Bull Steps In 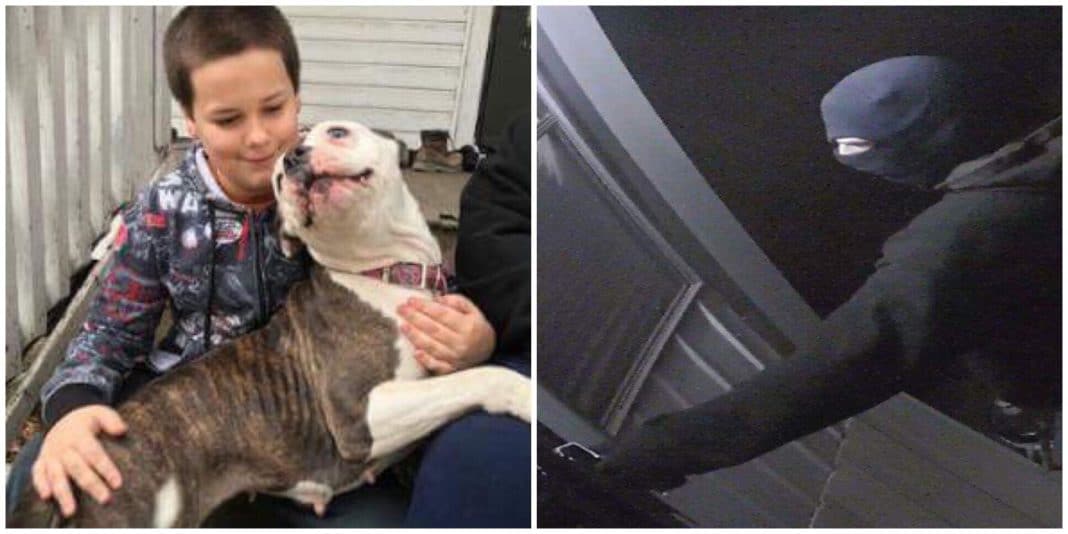 When it comes to young children, it’s a struggle to decide when to leave them alone at home. Even smart kids face adult scenarios that grownups might have trouble dealing with. 9-year-old Shane Smith was left home alone for a brief time while his mother went to pick up one of his siblings. Things can happen that are out of our control, but with the intervention of a family pet, all is well with Shane.

“I was upstairs when it happened,” Shane said.

But it wasn’t his mom. On the other side of the glass was a man wearing a ski mask; he was trying to break into the house. This is every kid’s nightmare. Good thing for Shane, he wasn’t home alone. His pet pit bull, Baby Girl was there and she had his back as the man got inside.

“The dude started chasing me upstairs and I called my dog down, and they started to fight,” Shane said.

“It was in a blink of an eye and I was really scared. Because, it was only me home and I didn’t know who it was, and the only protection I had was my dogs.”

Shane described when the burglar saw him: “It seemed like he wanted me because when he saw me, he just slowly walked toward me and he didn’t look at anything else. He just kept his eyes on me,” he added.

Baby Girl wasn’t injured in the scuffle with the intruder, but they did tussle for a bit: “The dude pulled the blinds down on my dog’s head and then ran away and shut the door,” said  Shane.

A neighbor called the boy’s mother, informing her of the incident. Police don’t have any leads on the suspect. Shane told them he left in a silver car. If the little boy was correct, the guy might have been trying to abduct him; Baby Girl just saved his life.

Pit bulls have a bad reputation with some folks, but they’re not bad to have in your corner in a situation like this. Way to go, Baby Girl.