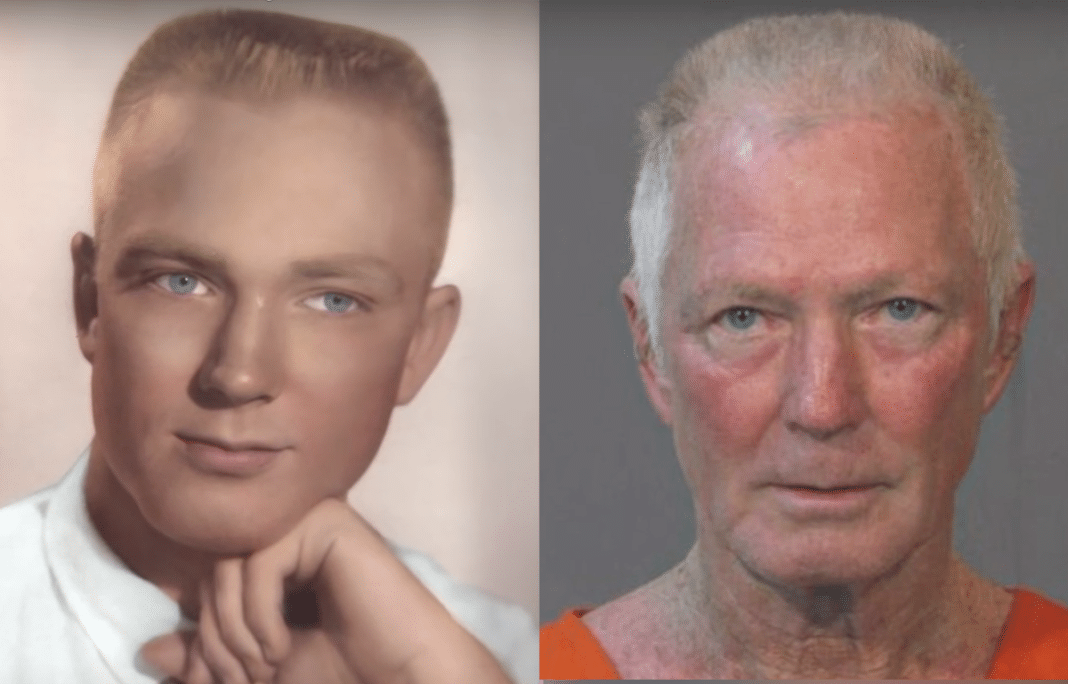 In November 2018, the Louisiana Supreme Court upheld the murder conviction of reputed Mississippi serial killer, Felix Vail, who is now 79-years-old. In 2016, he was convicted of second-degree murder of his wife, Mary Horton Vail in 1962.

Fifty-four years went by before justice was served, making it the oldest conviction in a serial killer case in U.S. history. The Mississippi Clarion-Ledger suggests it could also be the oldest solved cold case in the nation’s history.

At least three women who became romantically involved with Vail either disappeared or ended up dead. Sadly, only Horton’s body has been found so far. In her day, Mary Horton Vail was the jewel of the town of Eunice, Louisiana.

“Her world was her friends and her family, and that’s what made her so special,” said her brother, Will Horton.

Mary Horton grew up in Eunice, Louisiana in 1960. It was a small town of 10,000 people, and everyone knew her. She was Miss Eunice High School and Miss Tri-Parish Queen, and Homecoming Queen. She graduated from High School and went to College in Lake Charles, Louisiana at McNeese State University.

Felix Vail, 20, was one of many suitors vying for Mary’s attention. He was from Montpelier, Mississippi and worked full-time for the city in Lake Charles when he encountered Mary. Felix and Mary were married on July 1, 1961, in Eunice. Although Vail didn’t want children, Mary gave birth to a son named Bill on their first-year anniversary on July 1, 1962.

Several months later, Mary was found dead in the river.

On October 28, 1962, at 7:30 p.m., the Vails were fishing on the Calcasieu River in a boat. Felix later told police the Mary had fallen in the river and he was unable to find her. He claimed she had been sitting on the front of the boat with a flashlight and shouted,

Felix said he swerved to avoid the stump and Mary fell into the water. He dove in to try and find her but the water was murky and he failed. Local fishermen and volunteers joined the police in searching the river for Mary. A few days later they found her body.

At the time, Sheriff’s investigators were suspicious about the cause of Mary’s death. Some of the circumstances didn’t seem to add up. For example, Felix claimed to be fishing for trout, but the area of the river wasn’t known to be a fishing area. The boat wasn’t a suitable one for running trout lines. In addition, Mary wasn’t wearing a life jacket although one was sitting in the boat. Felix claimed she refused to wear it due to being sensitive from breastfeeding the couple’s infant, Bill.

Felix was arrested on suspicion of murder, but then the coroner’s report backed up his position that Mary’s death was caused by accidental drowning. Felix pleaded guilty to reckless operation of a watercraft, was fined $500, and went free after three days in jail. He took the baby, Bill, to his parent’s house, where he abandoned him.

Mary’s devastated family tried to cope, unable to process the possibility that she may have been murdered.

“We were so devastated that Mary died. That was all we could deal with at the time,” recalled brother Will.

Then one day, Will Horton received a phone call that changed everything he had ever known about his late sister.

“Somebody out of the blue called me one day and said, ‘You don’t know me from Adam, but Felix Vail married my daughter, and before then he had a girlfriend. She’s disappeared, my daughter has disappeared, and I think he murdered your sister.”

The woman was Mary Rose, mother of a teen daughter, Annette Craver who had the unfortunate fate to cross Felix Vail’s path.

The 16-year-old met him at a yard sale in 1981 when he was 40-years-old. Despite the age difference, they soon decided to get married. Rose vehemently disapproved at first but then gave in when her daughter threatened to travel to Mexico to get married without her consent.

Sadly, Annette Craver married Vail in August 1983 and they left to travel together like gypsies. The angry mother, Rose received letters and phone calls from her daughter over many months and noticed Annette’s personality was changing. She was cold and distant. Then, by September 1984, Craver’s letters stopped coming altogether.

When Rose finally resorted to calling Felix Vail to inquire about her daughter’s whereabouts, he claimed that she had decided to leave and travel to Mexico alone to start a new life. He had purchased a bus ticket for her, or so he said.

A suspicious Rose filed a missing person’s report in Tulsa, but her daughter disappeared completely without a trace. Vail continued to maintain she was in Mexico, but Rose knew in her heart that Annette had come to harm at his hands. She never heard from her daughter after seven long years, though she sometimes hoped for a phone call or note around the holidays.

Broken and anguished, Mary Rose finally decided to try and contact Vail’s family for more information. She reached out to his sister, Sue Jordan, and was stunned to hear that Annette wasn’t the only woman to disappear after meeting her brother.

Rose learned about Mary Horton Vail and later another woman he dated named Sharon Hensley who had also disappeared. Rose contacted Will Horton who recommended she speak to Felix and Mary’s son Bill, who was then in his thirties.

From Bill, she learned more about Sharon Hensley, so she contacted the Hensley family to find out Vail had claimed Sharon ran off to sail around the world. She, too, was missing without a trace.

The chilling pattern of disappearances was alarming and horrifying.

However, since Hensley and Annette Craver had both disappeared without a trace, the police in Tulsa couldn’t charge Felix Vail with any crimes. Then, Bill Vail passed away of cancer at 47-years-old in 2009. Hensley’s parents, who had struggled for years to get answers, also passed away. Mary Rose valiantly continued to try to find justice for her daughter. This time, she contacted an investigative reporter, Jerry Mitchell, after hearing him on the radio.

Mitchell was fascinated by what Rose had to say. He took the case, and in his investigations, Mitchell learned that Bill Vail, before his death from cancer, confided to his pastor on tape about what Felix once said in his presence when he was just 8-years-old.

When Felix Vail had visited Bill Vail with his then-girlfriend, Sharon Hensley, he heard his father confess to her that he had killed Mary Horton. Bill Vail also had little doubt his father was responsible for Hensley’s later disappearance.

In 2012, Jerry Mitchell published the story about Felix Vail and the women last seen in his presence. It was titled, “Gone.”

After publishing the book, Mitchell and Mary Rose began hearing from other witnesses who corroborated the story. One of Vail’s coworkers heard his confession to the murder of Mary Horton as a teenager. Then, a man who was on the boat when Mary Horton’s body was found came forward with critical evidence. At 90 years old, he had held on to the photographs of Mary’s body taken on the crime scene.

After fifty-four years, they were the first photographs to be seen of Mary’s body, and the new evidence made it clear to forensic experts and Louisiana authorities that Mary had been murdered. But why had all the other evidence from the case aside from the coroner’s report, vanished into thin air like the two missing women? It remains a mystery to this day.

Felix Vail was arrested May 17, 2016, near his home in Canyon Lake, Texas. Thereafter, he was extradited to Louisiana to face charges. After five days of testimony from multiple witnesses, a jury took only ten minutes to find Felix Vail guilty of second-degree murder of Mary Horton Vail.

Felix Vail was 77-years-old when he was sentenced to life in prison. He continues to maintain he is innocent as the oldest suspected serial killer to be prosecuted in the United States.

In 2018, Felix Vail reportedly said the following in an interview as he prepared to try and overturn his conviction in appeals court:

“The prosecutor said that Vail gave a recent interview with KPLC-TV in Lake Charles, in which the reputed serial killer claimed both women were alive but that he wasn’t telling anyone where they are:

“…because they’re in the Felix Vail witness protection program.”

Mary Rose was comforted to know that Vail will remain and die in prison.