Bride Knows Friend’s Dad Will Die Soon. What She Does At Wedding Leaves Whole Room In Tears 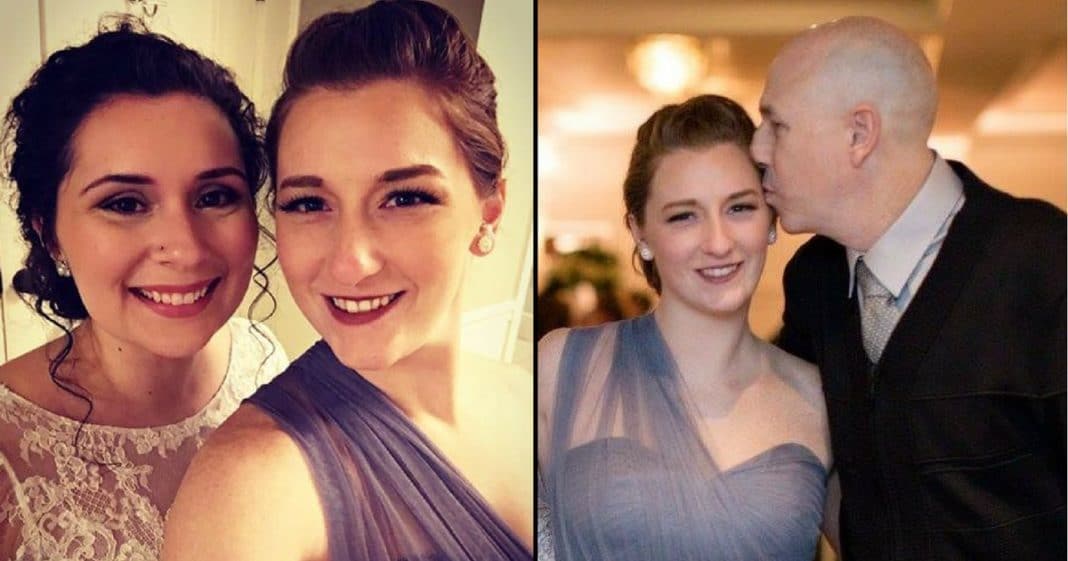 Jessica Otto’s father had been diagnosed with cancer for the fourth time. The prognosis was not good. He was expected to live for one month, maybe two.

Around the same time, Jessica was given the honor of being in her friend’s wedding.

Jessica and bride-to-be Micahela Cook-Yotts had been close friends for many years, a lifetime to be exact. When Micahela heard about Jessica’s ‘s father, she wanted to do something special for her best friend.

The plan was kept a secret from Jessica’s father, but when their names were announced at the wedding it was plain to see that he immediately knew what was going on. As Jessica, her sister, and her dad held each other and danced, there wasn’t a dry eye in the place.

“My dad is a man of very few words, he doesn’t express how he feels, he doesn’t say it, but he shows it,” Jessica explained. “He hugged us close to him.”

As you watch the video, you can see the array of emotions that the tender dance brought out in both daughters and their dad.

The bride and groom both agreed that the dance was the most special part of their big day. “It was the best part of the wedding,” Micahela said. “There wasn’t a dry eye in the house.”

It was a memory that the girls will be able to hold onto their whole lives.

“It was everything to me,” Jessica said. “I don’t think they will ever fully know what it meant to me.”

Were you touched by what this bride did for Jessica and her dad so they could share this special moment together? So share this!