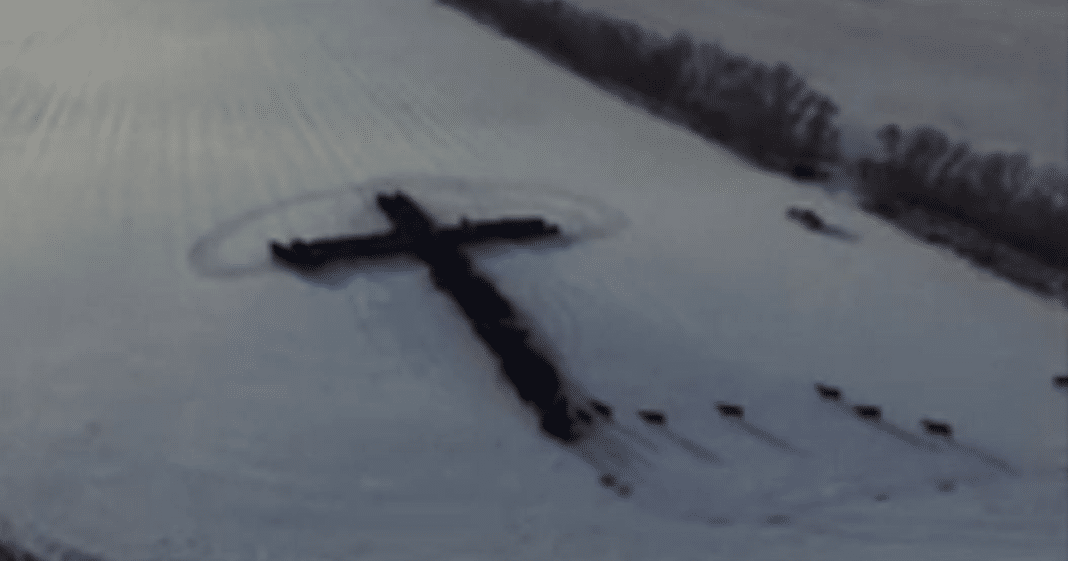 Gene Hanson is a North Dakota farmer who Pres. Donald Trump once described as a “great American.” He has created special messages in his field with his plow before, but this time he did something unprecedented. He used his neighbor’s 150 young Black Angus cattle to form a cross. 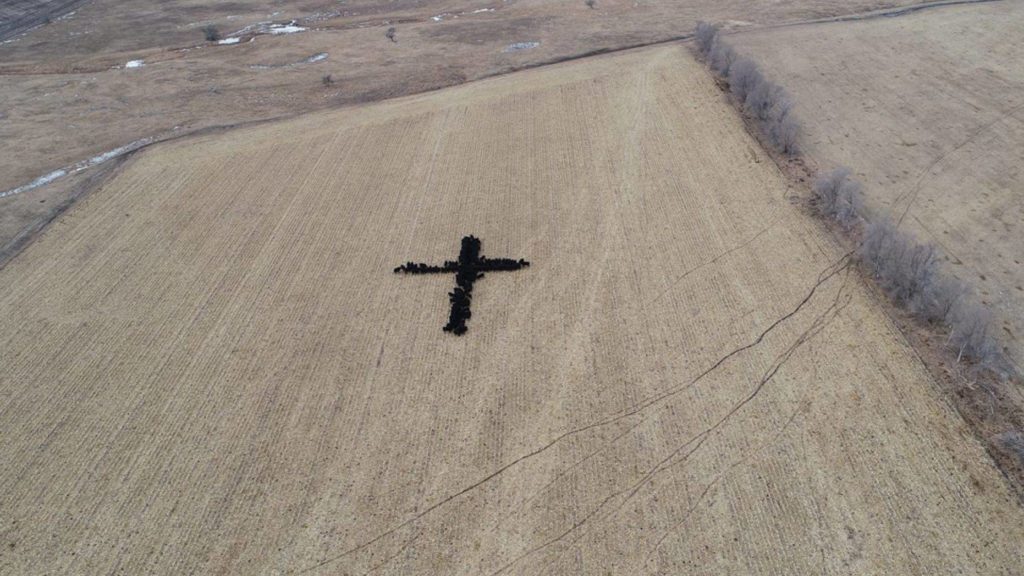 If you’ve never herded cattle, you may not be able to fully appreciate this feat. It’s a bit like herding cats, but with huge animals who are not inclined to obey. They’re not like sheep, who are more easily herded.

“It’s the Christmas season,” Hanson told Fox News, “and I thought that would be really nice if he put the feed down in a sign of the cross and he did.”

Mr. Hanson loves Christmas and really gets into the Christmas spirit. He’s a retired great-grandfather and he wanted to do this to remind people that Jesus is the reason for the season.

Every year, he and his wife, Darlene, dress up as Mr. and Mrs. Claus for the “Christmas on Main” celebration in their hometown. While dressed in costume, they stop and visit residents at the local nursing home.

He also placed a large cross in his own pasture that is 25 feet tall and 15 feet wide. He even put solar lights on it so people can see it at night.

While this message was one about the spirit of Christ at Christmas, Hanson has said that his next message may be more political or dedicated to police officers with the “Blue Lives Matter” messages. Previously, he plowed “We stand for the national anthem” into his field. Last Christmas, he plowed “Merry Christmas.”

But this feat with cows is unprecedented. It’s just not easy to get livestock to line up the way we’d like them to.

Mr. and Mrs. Hanson have 13 great-grandchildren and grandchildren. We know that these youngsters are proud of their granddad who takes the time to put his heart into the special messages in which he believes.

Bless these cows, and bless Mr. Hanson, for reminding us what Christmas is all about.