Boy With Disabilities Runs Onto Stage With Pope Francis, But Pope’s Response Leaves Crowd In Awe 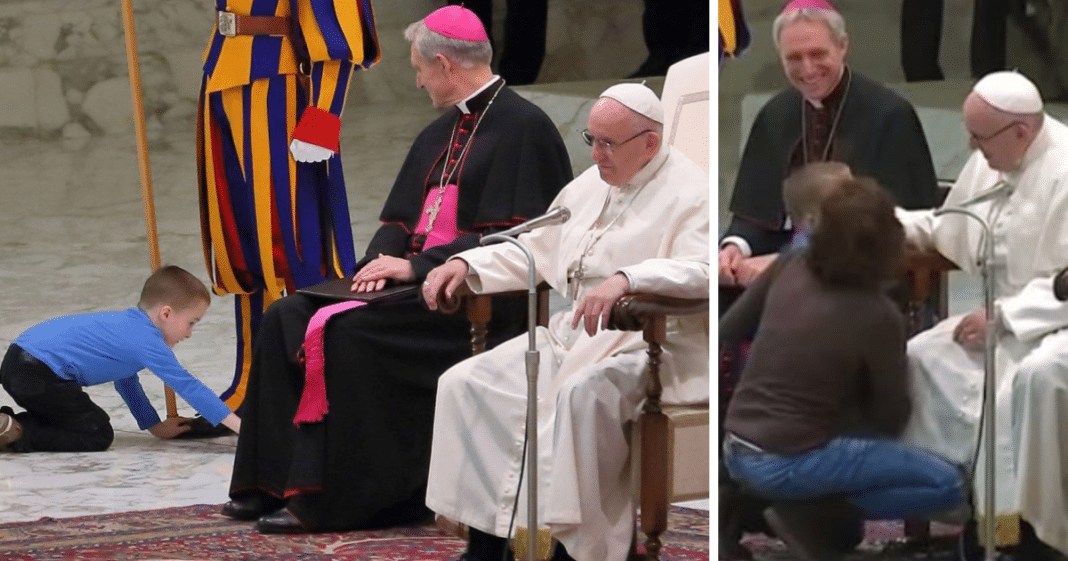 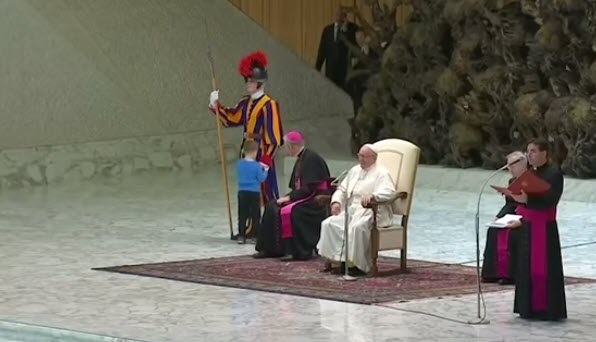 Pope Francis is arguably one of the most beloved Popes of all time. His natural and unscripted kindness has become legendary, and his gentle commands that we love one another have even made hardened U.S. politicians cry.

This week, the Pope was in the Vatican audience hall when six-year-old Wenzel Wirth darted up from the audience and ran to the Swiss guard who was standing beside the Pope. Reportedly, the little boy is autistic non-verbal and was fascinated by the colorful uniform the guard was wearing. 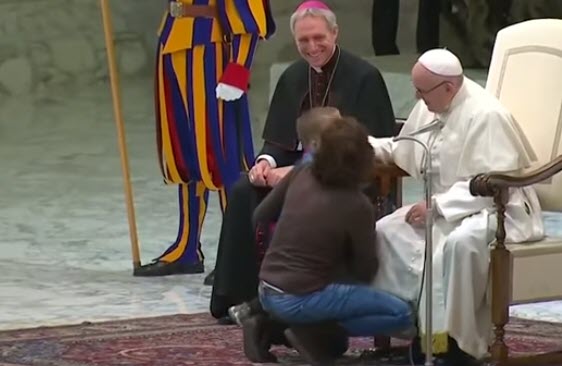 Wenzel’s mother quickly came up on stage to bring him back to the audience, apologizing and telling the Pope that the little boy is mute, but Pope Francis quickly intervened, sending the mother back into the crowd.

“Let him be, let him be” the Pope told the young woman.

She, Wenzel, and their family had traveled from Verona, Italy for the event, according to Reuters, but the family is originally from Argentina, the Pope’s native country. Amused by this, the Pope leaned over towards Bishop Georg Ganswein and said this.

“He is Argentinian. Undisciplined.”

The little boy running up onstage inspired Pope Francis, who used this opportunity to share some wisdom and much-needed love with a jaded world.

“This child cannot speak. He is mute.  But he knows how to communicate, to express himself,” the Pope reportedly said. “And he has something that made me think: He’s free. Undiciplined-ly free, but he’s free.”

Wenzel also made the Pope question himself.

“He made me think of myself, ‘Am I also so free in front of God? When Jesus tells us that we have to be like children he is telling us that we need to feel as free as a child feels in front of his parents.”

“I think this is what this child has preached to us all,” the Pope said. “Let’s ask (God) the grace that he may speak.”

Wenzel’s father was surprised by what his little boy did.

“It was not planned,” Ariel Wirth told the AP.

“We try to let him be free. He has to express himself, and we live without hiding his problems.”

One Twitter user reminded us of the Bible verse Matthew 10: 13-14, 16, which explains exactly why this good-hearted Pope did what he did.

‘Let the little children come to me, and do not hinder them, for the kingdom of God belongs to such as these.’ . . . And he took the children in his arms, placed his hands on them and blessed them.”Matthew 10: 13-14,16

Other Twitter users were charmed by the little boy and Pope Francis’ kindness. 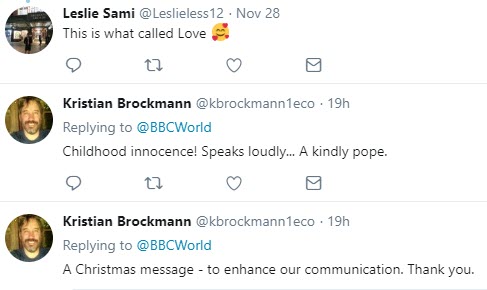 We agree with the Twitter user who said it’s a wonderful Christmas message. A beautiful and inspiring video.