Boy Goes On ‘Antiques Roadshow’ With Painting He Bought For $2, Jaw Drops When He’s Told Its Worth 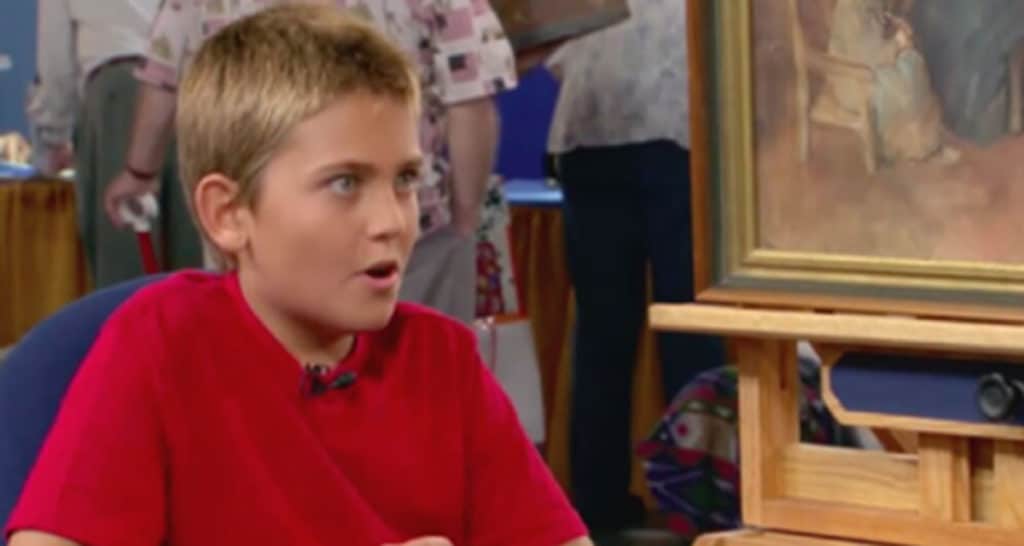 Estate sales and auctions are commonplace; folks love to see what nick nacks they can add to their homes. Others buy antiques only to resell them for a higher price. Not everyone has the gift for spotting a treasure. One boy from New Jersey got lucky.

This kid sat down at a table with Antiques Roadshow appraiser, David Weiss in 2014. The boy said he bought a painting for $2 at an auction. It had caught his eye.

The image of a mother and her child wasn’t easy to make out because it was covered by UV glass. The boy’s father hesitated to purchase the piece, but the kid persisted.

Antiques Roadshow appraises some amazing items in Richmond (Hour One). Highlights include an Albert Neuhuys watercolor,…

Have you been fortunate enough to own an item worth more than you believe? Acting on instinct, the boy decided he had to own this portrait.  This find was worth more than he could ever imagine.

Weiss said the portrait dated back to 1844. He informed the boy that his new finding — which displayed a mother and her child — dated back to 1844. Dutch painter Albert Neuhuys was the original owner. The watercolor from the 19th century along with the signature found at the bottom right corner proved it.

Weiss asked the boy how much he thought he could get for this painting at an auction. The astute kid guessed $150. To which Weiss responded: “I think it’s worth more  than $150.”

“Today, if your Albert Neuhuys watercolor came to an auction, it would probably sell for between  $1,000 and $1,500,” he continued.

The painting was worth $1,498. And the second he heard this, the aspiring art dealer was shocked. He thought he’d hit the jackpot:

His wealth might be small now, but with a good business sense and smart head on his shoulders, he’s well on his way down the road to riches.