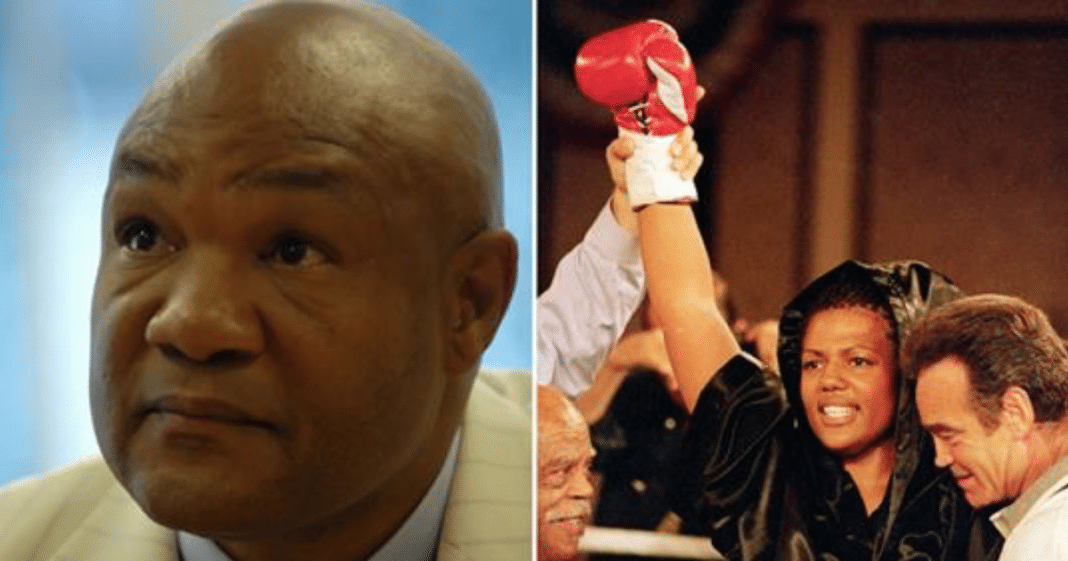 Harris County Sheriff’s Officers have yet to confirm the cause of Freeda’s death.

However, they did indicate that foul play was not suspected.

Freeda came into the world in 1976, one of 12 children born to George Foreman, who also has six other daughters and five sons.

All of his sons share the name George, and Freeda’s middle name was also George.

In 2000, Freeda followed in her father’s path and became a professional middleweight boxer.

However, according to TMZ, her parents reportedly did not like the idea of her boxing and pleaded with her to give up the sport.

Her Twitter bio reads: “Aside from my love of family, being a good mother, wife, and friend, I aspire to make a positive difference in our American criminal justice system.”https://t.co/Kd1lqRcU9S

Freeda won all five of her first bouts before losing her sixth in 2001.

After her loss, she decided to retire from boxing and turned her focus to motherhood and boxing promotion.

“Aside from my love of family, being a good mother, wife, and friend, I aspire to make a positive difference in our American Criminal Justice System,” Freeda wrote on her Twitterprofile.

Freeda leaves behind her husband, with whom she shares two daughters, as well as her parents and remaining 11 siblings.

He retired after becoming a two-time world heavyweight champion and won an Olympic gold medal at the 1968 Summer Olympics.

Foreman is also a well-known entertainer and entrepreneur, making another name for himself in the grill business after marketing his popular Foreman Grills. And he’s known for preaching at several gospel churches in the Houston area.

Freeda has appeared in several documentaries about her father and was once in 2003 episode of the animated Fox show “King of the Hill.”

At age 70, Foreman recently made headlines when he was inducted into the Houston Sports Hall of Fame on February 6, along with A.J. Foyt, Jackie Burke, and Dan Pastorini, according to the Houston Chronicle.