Birthday celebration for one of the first Delta flight attendants as she turns 103-years-old! 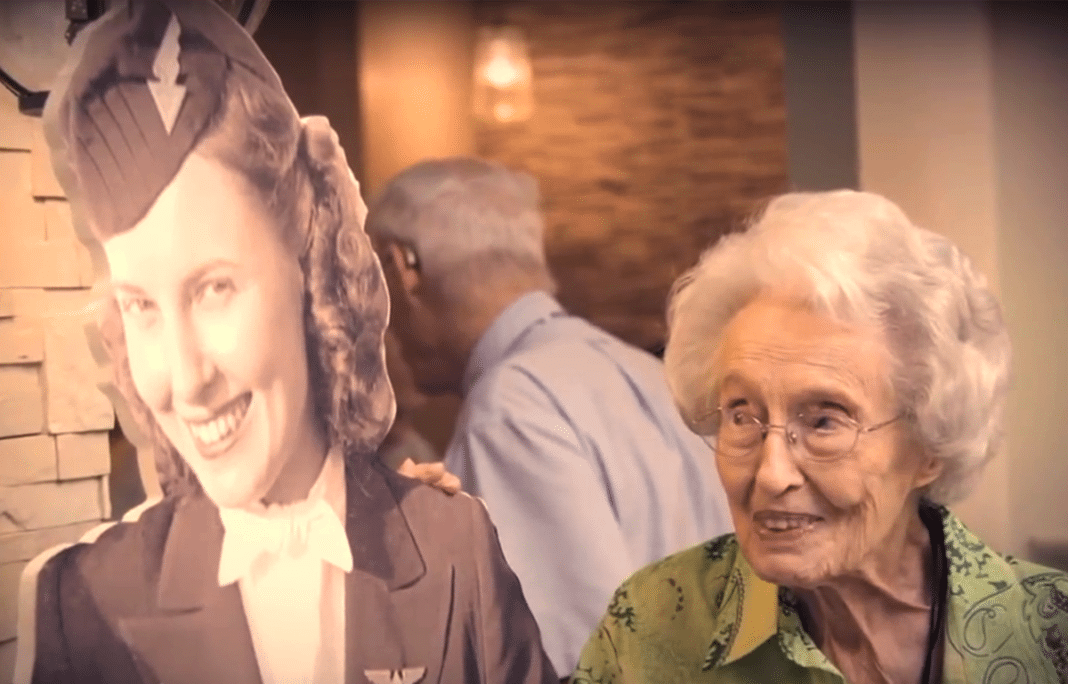 Sybil Peacock Harmon, born in Minden, Louisiana has traveled 103 times around the Sun and is still going strong. She was in Delta’s first flight attendant class in March of 1940 when travel by air was a new experience for most, and the job was called stewardess. Back then, Harmon says that people would see her as she headed to work and consider her a celebrity.

“As a stewardess, you felt like a celebrity. People would come out to the airport with their children, and they would say, ‘Look, that’s the stewardess!’ They even asked for our autographs,” she said. 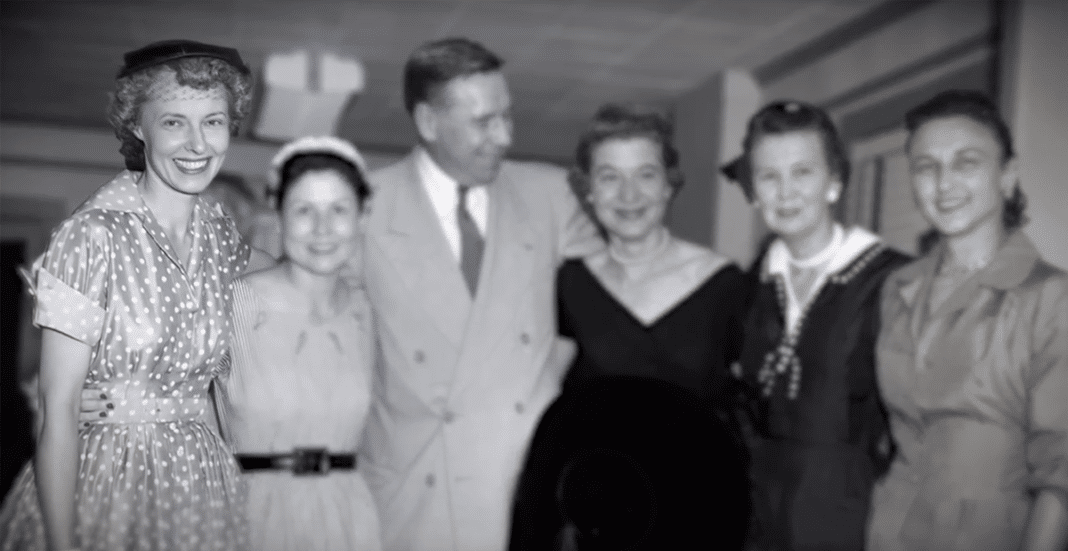 A shot from her early days working with Delta via YouTube

Since she was a little girl, Harmon knew exactly what she wanted to do: travel.

As a stewardess, she got to know many people as they discovered the convenience of air travel for the very first time. Back then, the cabins weren’t yet pressurized, and there wasn’t much air conditioning. People would often feel sick, so they kept quart ice cream containers under the seats to serve as air sickness bags. The stewardess would often hand out chewing gum to help with popping ears.

Despite the air sickness, air travel soon caught on as people realized how much time it saved. Plus, they got to meet nice people like Harmon.

“Most of the customers we had in the beginning were businessmen and you got to know them real well because you would see them over and over. But this was the beginning, really, of people flying. An emergency would come up … people would get on a flight … But this started people to flying because they realized how quick it was. It was quick for those days, anyway,” she said.

When she turned 102, a happy and smiling Harmon greeted two of Delta’s newest flight attendants at a birthday celebration. She stood next to a large picture of herself taken in the 40s for a marketing event. (See below)

Delta Flight Museum hold’s Harmon’s logbook in their archives as a record of some of the earliest Delta flight attendant service. They document her service for two years before entering military service during World War II.

Harmon served as an early flight nurse, providing medical care to patients on aircraft, first utilized during World War II. In ’44 she graduated from the AAF School of Aviation Medicine and worked at the Army Regional Hospital in Coral Gables, Florida.

A year later, she was the Special duty nurse to General Hap Arnold and was promoted to First Lieutenant in April of ’45. After that, she joined the 830th Medical Air Evacuation Squadron in Stockton, California. 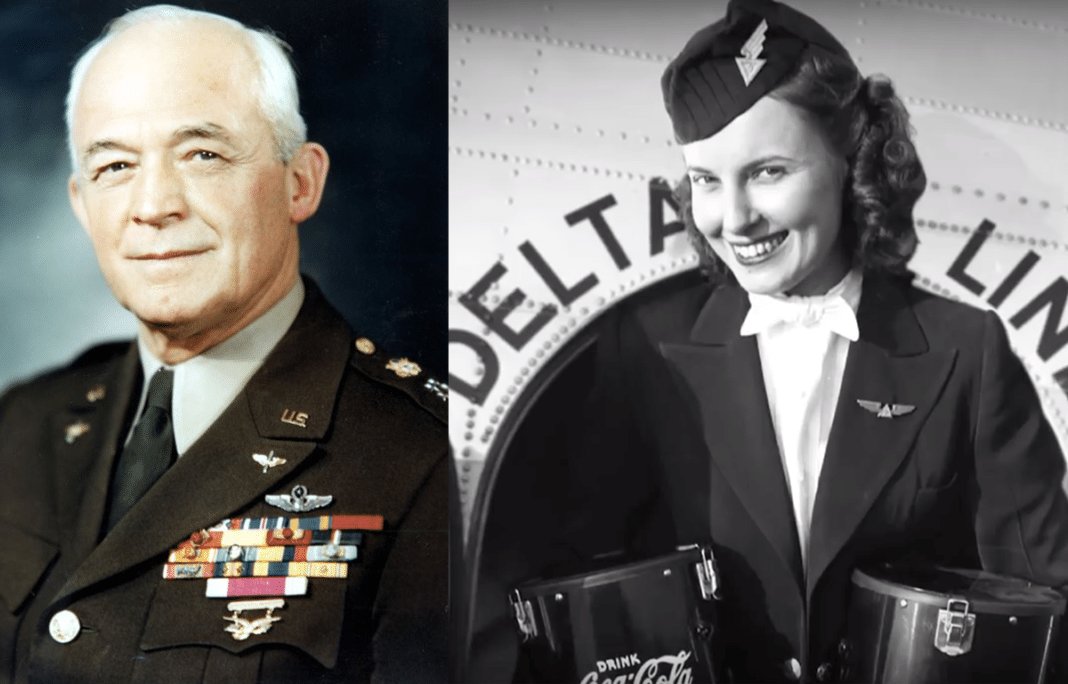 Harmon was discharged in ’46 and went on to become an obstetrical nurse and supervisor at Baylor University Hospital in Dallas, Texas, where she retired in ’85.

On July 9, Harmon turned 103, and the celebration took place at Celebration Village Acworth in Georgia. 11Alive shared the video as family and friends sang Happy Birthday along with Harmon. (see below)