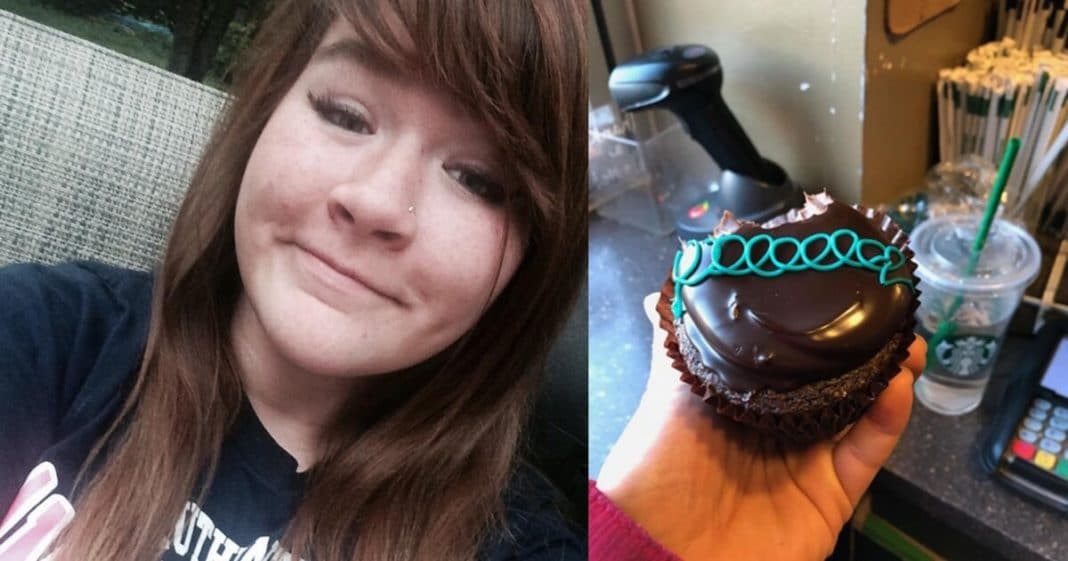 I have no tolerance for people who proceed to judge others in any manner. Bullying is disgusting, cruel, childish, and immature. It’s utterly unacceptable. One young woman, 19-year-old vega Blossom was at a local bakery where she experienced mistreatment of the worst kind.

Vega went to her favorite bakery to purchase cupcakes from their Easter sale. She was excited to receive six cupcakes; the woman in front of her in line was waiting for a cake. Behind her were two women. One was older, and it appeared she was with a friend.

The two ladies were loudly making nasty comments about how long it was taking the woman in front of Vega to get her cake.

Finally, the lady had her cake, and it was now vega’s turn at the counter. Here’s where the strangers make an unbelievably horrible comment about her.

“Let’s hope this fat b**** doesn’t buy all the cupcakes,” the woman sneered.

Vega was visibly hurt by their words. “When I heard the nasty things the women said, I honestly wanted to cry,” she said. “It really hurt my feelings.”

CUPCAKE SALE!!! Select cupcakes ONLY $2.50 each. Stock up now before the snow hits!!! We are Open Until 8pm.

She couldn’t believe how brazen they were to fat-shame her. “How could these grown women be so mean to someone they’ve never met, let alone talked to?” she continued.

“Growing up [as] a chubbier girl, I always got snide comments about my weight from people who, for some reason, think it’s their business.

“Things like this usually wouldn’t bug me, but the fact that I didn’t know these women, and they  said this so rudely and loudly — so I could obviously hear it — was different than other times.”

Vega decided how she’d get her revenge. She wasn’t going to allow the women to ruin her day. She ordered every single cupcake the bakery had. The women’s mocking continued as she purchased 20 mega-sized cupcakes. She spent $54 on baked goods; one cupcake is three times the size of a regular one. The women’s behavior didn’t go unnoticed by bakery staff. They gave Vega extra cookies and chocolate.

As she left the bakery, Vega made sure to ask one of the women to hold the door for her. “I looked the pair straight in the eye and asked, ‘Could you please open the door for me? My hands are a bit full,” she explained.

“Reluctantly, one woman held the door open before following me outside. I think, if you have nothing nice to say, don’t say anything at all.”

Vega made sure to share the treats with her friends, family, and coworkers. Later that evening, she shared her experience on social media. Her story went viral. It was shared over 25,000 times and liked by over 80,000 viewers. As a result of her post, designer Desserts took action. The establishment sent sweets to Vega’s work as a way of showing their support.

“Two days in a row now Designer Desserts-Valparaiso has delivered me cupcakes to work, and I am honestly so thankful for these guys and everything they have done for me,” Blossom wrote on Facebook.

Designer desserts didn’t stop there. They let their customers know that bullying of any kind won’t be tolerated in their establishment. They wrote this message on facebook to solidify their point.

“This morning a very unsettling occurrence was brought to my attention,” the bakery wrote. “Designer Desserts-Valparaiso is a BULLY FREE ZONE and WILL NOT TOLERATE these disgusting types of attitudes.”

“My sincere apologies go out to this beautiful young woman, and I cannot thank her enough for being such a loyal and amazing customer, we will be seeing you very soon.”

This story is a reminder that words do hurt. Everyone deserves to be treated with common courtesy and respect. Go Vega! You stood up for yourself. Stay beautiful.