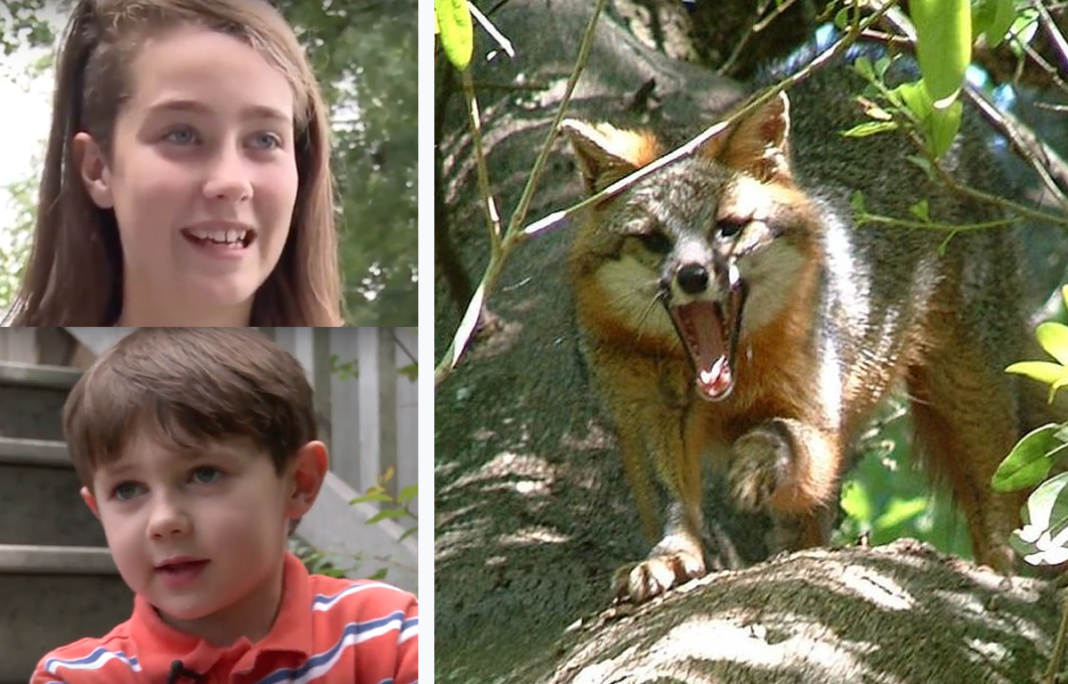 Prisca Hill, a babysitter in North Augusta, South Carolina heroically fought off a rabid fox on July 25 when it attacked Daniel Thompson, the 7-year-old boy in her care.

The two were enjoying playing outside when the fox suddenly appeared from the woods. At first, they thought the animal was just curious.

“When it first came out; foxes are really curious animals so I figured that it just wanted to look at the house until it attacked us. I really had no clue it was rabid or anything like that,” said Prisca. 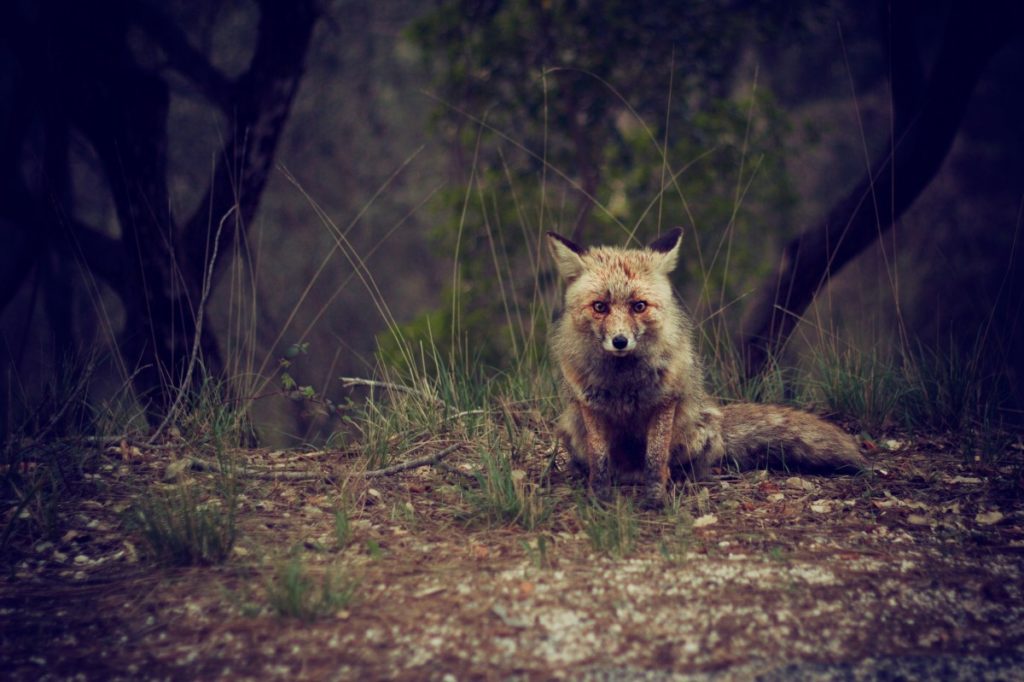 A fox appears on the edge of the woods (stock photo)

Then the fox suddenly attacked. Daniel quickly jumped into a nearby tree, but his feet were dangling down and the fox viciously bit him.

“Then I saw the fox jump up and grabbed onto it and dangled in the air and it was ripping open my skin and tearing out the meat,” said Daniel.

Daniel later described the pain of the bite:

“You know how it feels when one bee stings you? It feels like three more bees stinging you.”

Prisca, who had also taken to the tree, decided that she would have to fight it off to defend Daniel.

“So I hung down from my branch and kicked the crap out of this thing and it grabs onto my foot. So, I turned around, grabbed it by the neck and threw it as far as I could into the woods and it hit the ground, running. Then, it came back around and grabbed onto his foot again.”

Prisca had quite enough of the fox and took after it with a hat. It proved to be just the thing to distract the crazed animal.

“So I jumped out of the tree onto it and started beating it with a hat and it took the hat and ran and I chased it down and it ran under this deck right here,” Prisca recalled.

“No, I was just really mad at this thing,” Prisca laughed.

Prisca Hill had to act fast when a rabid fox attacked the 7 year old she was babysitting. https://t.co/PSTAMv7zIP

While the fox was distracted by the hat, the pair made it to the safety of the house.

Soon, animal control was on the scene. They were able to capture the fox, and it was put down. Testing revealed it was rabid, as suspected. Prisca and Daniel were receiving their rabies shots within only two hours. Now, they will have to endure more shots, but they are thankful to be ok.

One thing is certain: That babysitter deserves a raise!

See the interviews in the videos below:

Featured image: Fox via Wikimedia Commons with screenshots via YouTube