Army Veteran Surprised Big Time For His Birthday: But You Won’t Believe The Biggest Surprise Of All! 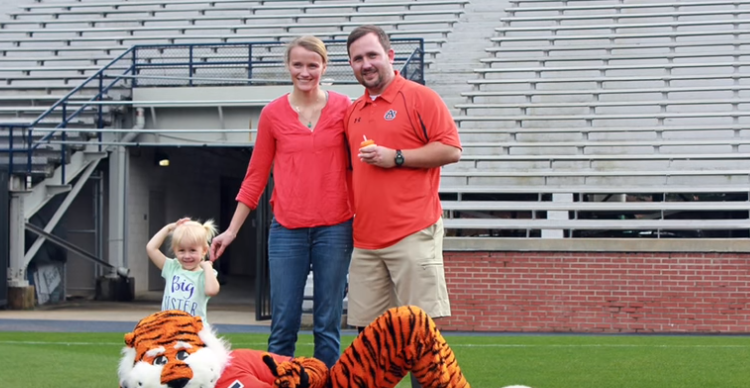 Josh Wetzel who is an Army Veteran, received a memorable 30th birthday surprise to say the least. Definitely one for the books for not just him, but his family as well.

Josh was a former sergeant who in lost both of his legs after accidentally stepping on an explosive during deployment. Though it was quite a difficult obstacle to overcome, his wife never failed to be his right hand. Josh eventually pursued his other dream of going back to school to receive his bachelor’s degree at Auburn University. He and his wife also had a beautiful baby girl during this time.

It was Josh’s wife, Paige, who decided that it would be a good idea to honor her husband and everything that he did for his 30th birthday, and even throw in a few surprises! Since Josh was an Auburn graduate, Paige decided that she would use one of the stadiums for the surprise. She planned to have Josh’s friends and family to be there, as well as the mascot for the school!

When Josh was led out onto the field, he was filled with joy and smiles! The big surprise was awaiting on the scoreboard for him, so he, his wife and daughter patiently waited for not just one surprise, but two!

The first surprise read that Josh would be attending the Masters Gold Tournament, but the second was not expected at all.

Baby number two was on the way for Josh and his family!

What a memorable moment for Josh, and what a great surprise.