Armed Double-Murder Suspect Hides In Shed From Cops, Gets Dragged To Justice By Surprise Visitor 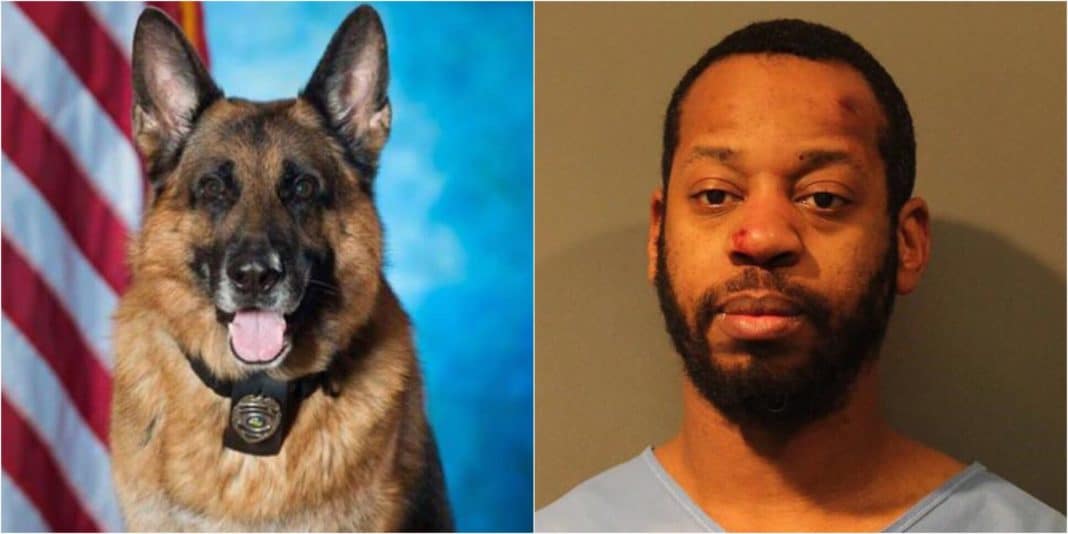 Police officers have a tough job. They should all be revered for their bravery and courage; we can’t forget to honor those four-legged K-9 officers who also put their lives at risk too.

Much of the country has been buried beneath inches of snow, making it tough for locating and arresting suspects. Well, this might be a challenge for the police officers on two legs. But for those with four paws, a tail, cute ears and sensitive sniffers, it’s just a run in the snow.

The Crown Point, Indiana Police Department has made K-9 officer, radar as its employee of the month. Radar captured Robert Stewart, a suspect in a double-murder.

Stewart ran from police after killing Ryan Halbe, 27, and his mother, Candy Halbe, 55. The department received a call of shots fired. They headed out on the pursuit.

Radar tracked Stewart through cold and snow to a shed. The K-9 cornered the armed man and dragged him from the building where he was then finally arrested.

“We always train as hard as we can so we can be prepared for these situations,” Gligic said. “I’ll cherish this one for how well Radar did.”

Good boy, Radar! We’re all so very proud of you! Enjoy those extra treats and rubs.