Are You Kitten Me?: Shelter Cat Finds Out She’s Pregnant – Hilarious Reaction Takes Internet By Storm 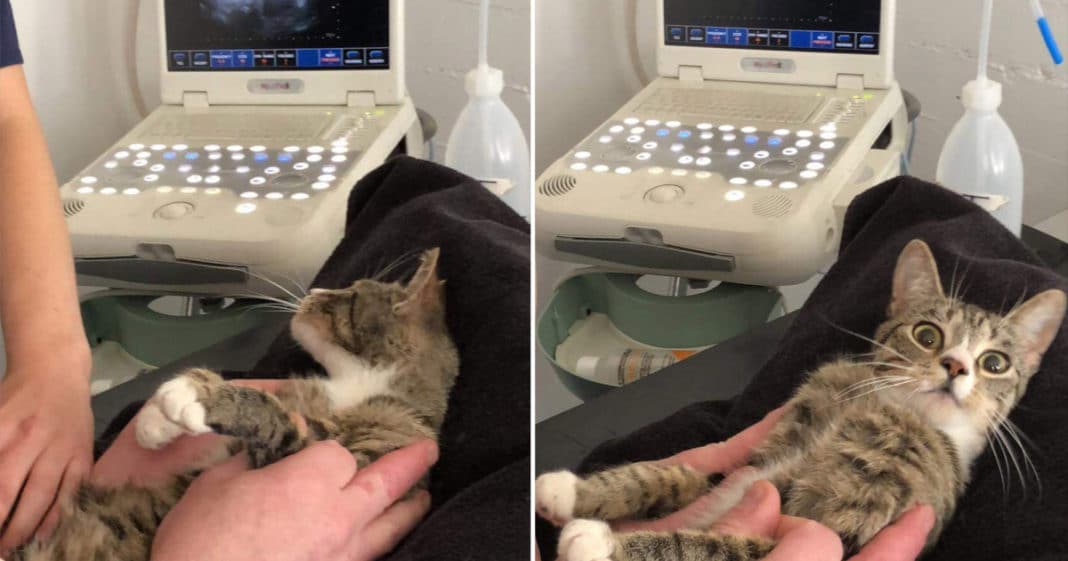 Humans aren’t the only ones whose reactions to learning their expecting catch the world’s attention. A former stray cat from Greenland took the internet by storm when she learned she was going to soon have her own litter of kittens.

Ulla is a tabby cat who once struggled to fend for herself on the harsh cold streets of Nuuk, Greenland’s capital. the winter storms can make it difficult for animals to survive the bitter cold. Ulla lucked out. She was rescued and taken to a local shelter; Dyrenes Venner (which translates to “Protector of Animals in Greenland”), would give her the TLC she so desperately needed. 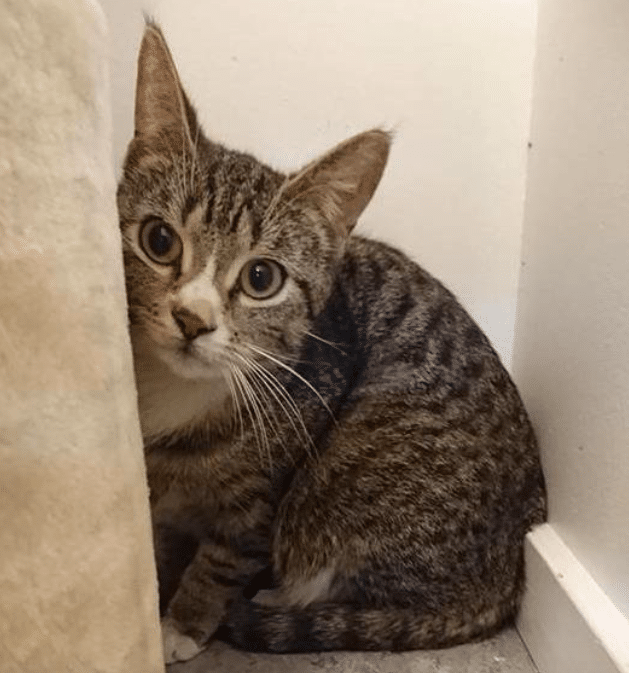 “Stray and lost cats have a really tough time during the winters up here,” Inunnguaq Christiansen, a board member at Dyrenes Venner, told The Dodo. “With freezing temperatures and frequent storms, they often have to seek shelter in the basements of older buildings.”

Ulla immediately made herself home at the shelter. She loved snuggling and cuddling with her rescuers, showing them just how grateful she was for their intervention. “She’s adorable and caring,” Christiansen said. “I brought my own dog, Yaris, to the shelter one time and Ulla immediately jumped on the cage.”

The folks at the shelter soon noticed Ulla’s motherly nature. They didn’t anticipate though what it would soon lead to. As weeks went by, Ulla began to put on weight. Her tummy grew enormous. “One of the volunteers came with the comment that Ulla was getting pretty big,” Christiansen said. “Upon closer inspection, it was only around the belly area, and her nipples were getting pretty stiff.” 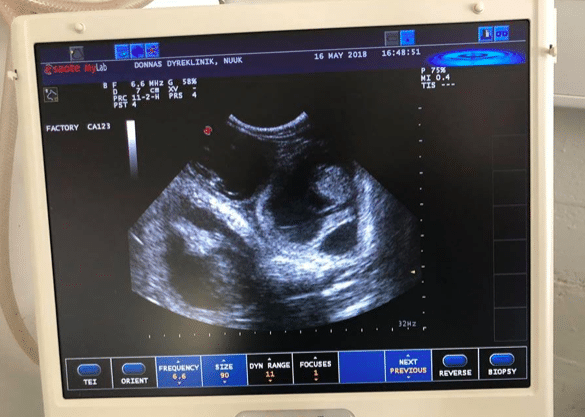 The 1-year-old cat was taken to the only veterinary clinic in Greenland for an examination. sure enough, the ultrasound revealed Ulla would be a mother, and soon.

Tone Frank, another shelter board member snapped these photos of the cat’s reaction to the news. Frank captured Ulla’s wide-eyed surprise perfectly. She shared the photos with the board members. Soon, Ulla became famous on Reddit.

“The pictures were so funny I decided to post them on  /r/ aww during my lunch break to see if a couple of people would share my amusement,” Christiansen said.  “A few hours later and the post was exploding with 90,000 upvotes and over 900 comments. I spent the entire evening trying to reply to people … We got some really sweet PMs [private messages] from  people thanking us for our efforts; it really lifted the mood for the volunteers at the shelter.” 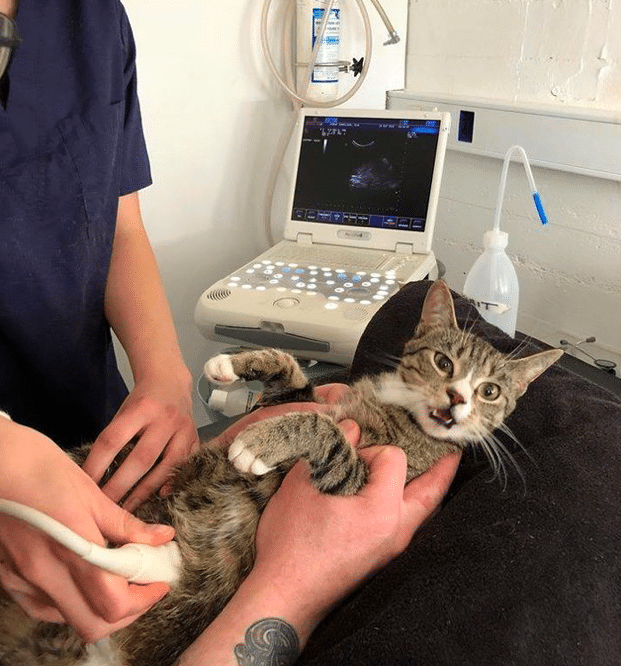 The pictures haven’t only brought Ulla fame, they’ve also found her a new home. “She’s been living at a foster family since Thursday on a trial period, and they really want to keep her and all of her kittens,” Christiansen added. “With any luck, it’s going to work out for  them.”

While preparing to have her own kittens, Ulla is getting to know her cat sibling, Sofus at her new home. “They’re doing quite well, and the family has patience and understanding that Ulla needs a little extra space right now,” Dyrenes Venner wrote on Facebook.

She will have her babies in a safe quiet and less cramped space. what a precious story. We’re confident Ulla will be the best of cat mamas.