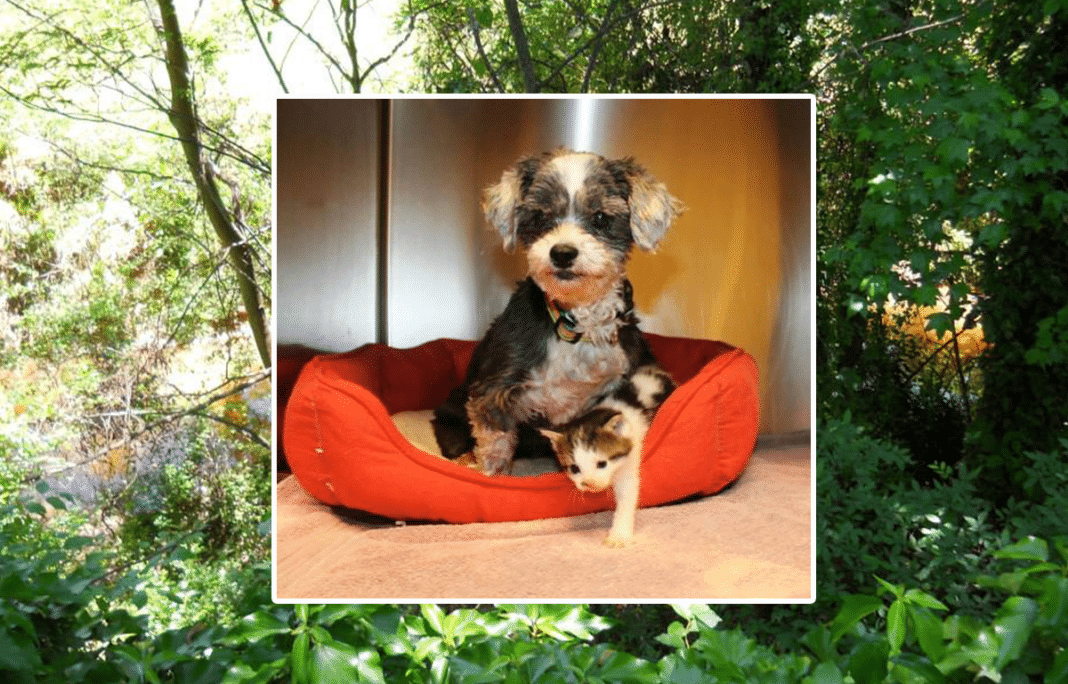 Animal control wasn’t expecting what they discovered when they were called to a steep ravine behind a Home Depot in Anderson, South Carolina. They received a call about a barking dog. Making their way down the wooded embankment near a stream, they located the source of the noise: A little Shih Tzu dog was barking for help, nursing a kitten, and unable to get the kitten up the hill. 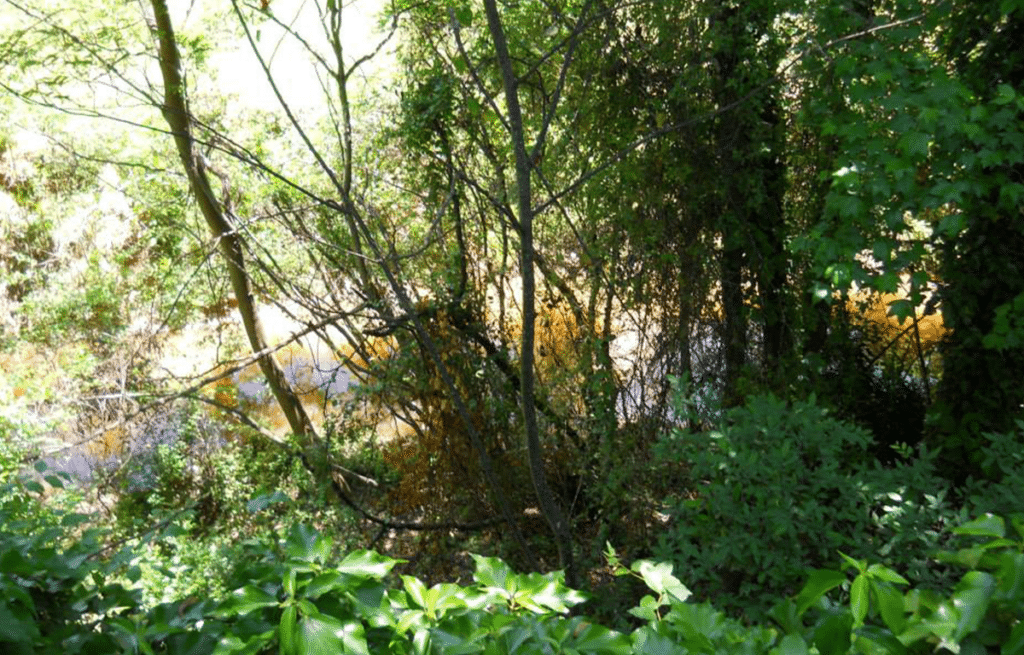 The location where Officer Smith somehow found the dog and kitten.

The 5-year-old dog was clearly watching out for the 5-week-old kitten.

The pair were a happy find for a surprised Officer Michelle Smith.

“Good things happen all the time, but great happens seldom,” Smith said. “This is enough to keep me going the next six or eight months.” 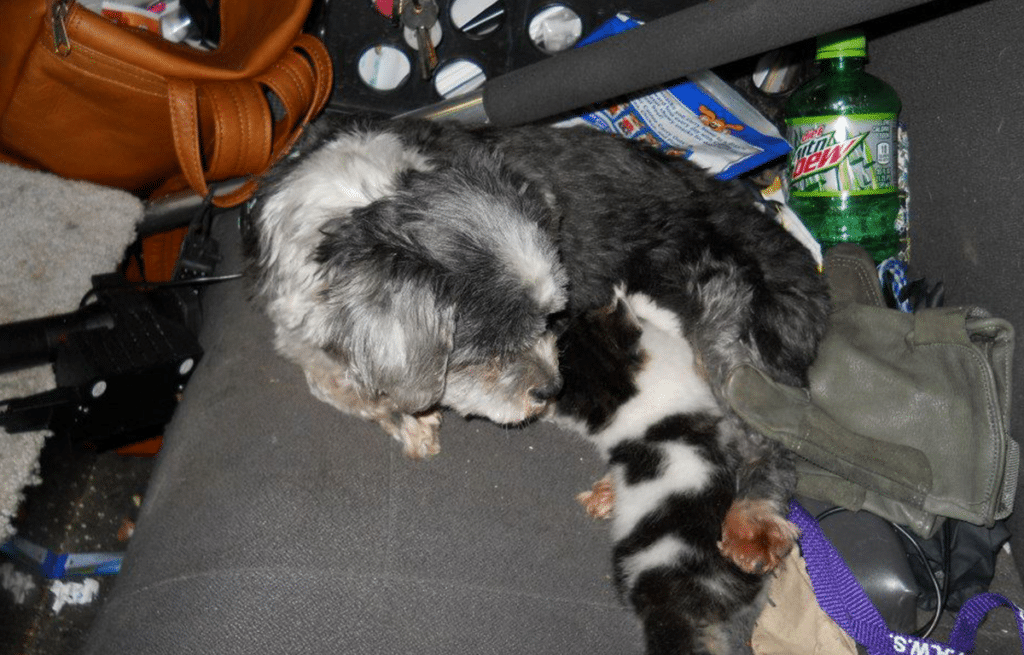 The ride to safety in Officer Smith’s car

The kitten, which the rescuers named Kate, was in fairly good shape, thanks to the little dog, named Goldie, who had started lactating and letting the kitten nurse. Without the dog’s help, the kitten would have starved to death.

They may be different species, but it didn’t matter at all to Goldie. 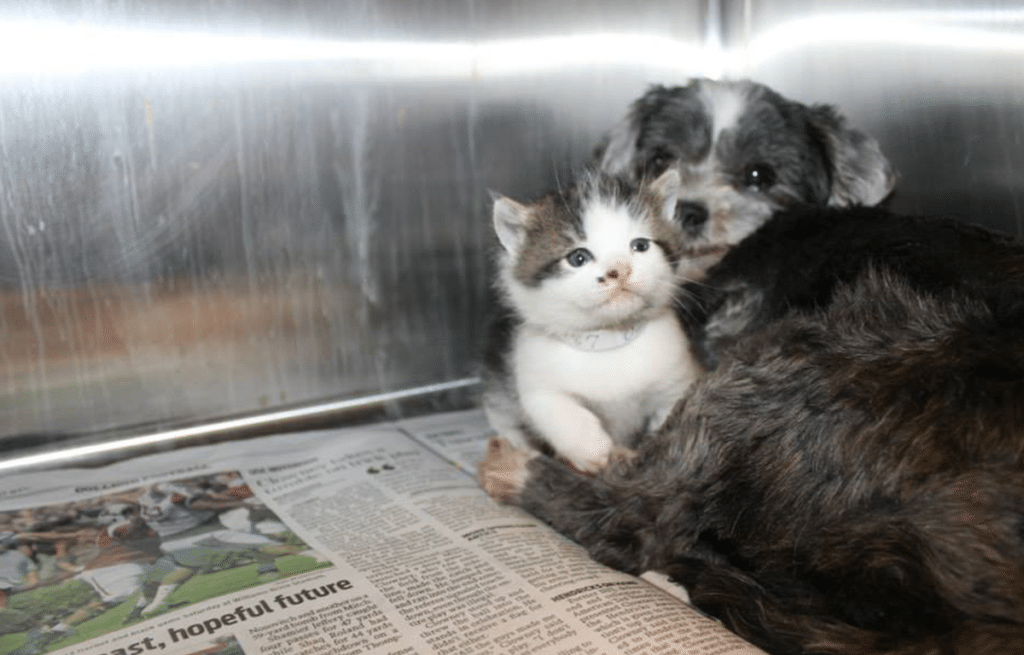 Cuddled up back at the shelter 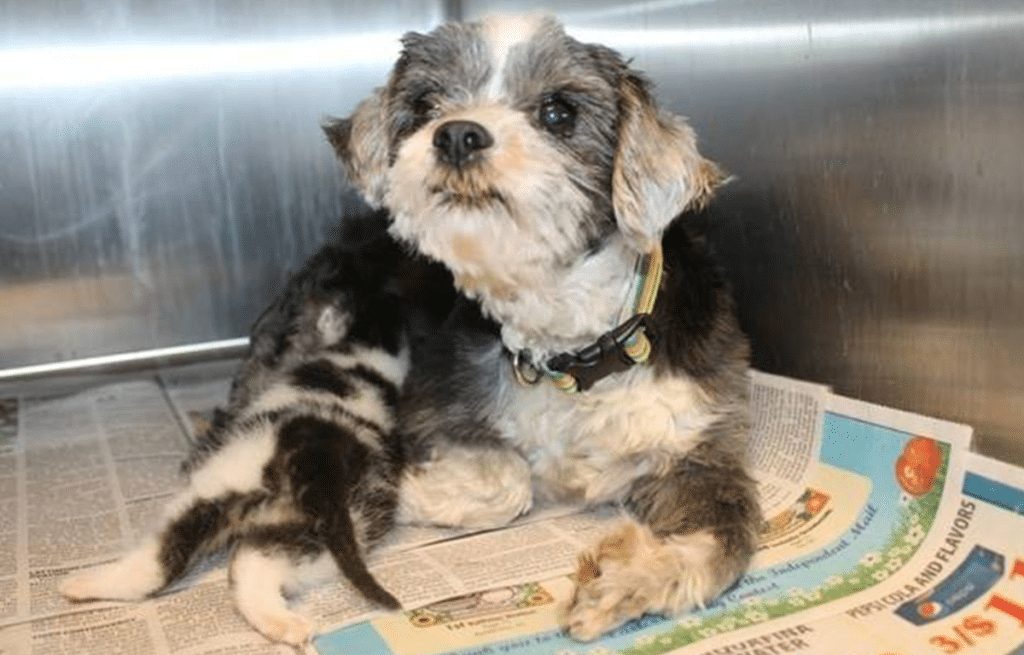 The duo was named after famous actress Goldie Hawn and her daughter Kate Hudson. These furry cuties received their own fair share of fame after their story went viral all over the world.

In fact, they became so famous, that they had no problem whatsoever finding a forever home where they could stay together.

A couple who had lost their dog and cat a year prior became the proud new owners, and a new Facebook page was created to share pictures for their adoring fans, Goldie N Kate Doe. 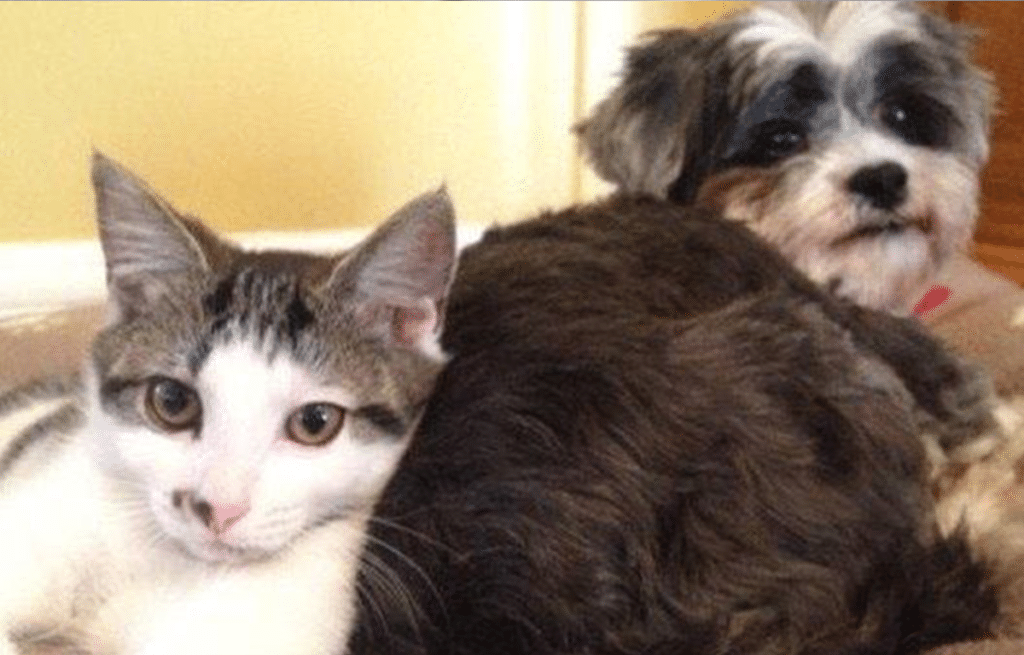 Kate all grown up

Goldie went to the vet yesterday. left ear was bothering her. Just a ball of wax. will work on cleaning it out with…

Winslow loves Goldie too and shares a bed with her, although Goldie isn’t terribly fond of the idea.

Goldie must be tired she didn't get up when Winslow joined her for a nap.