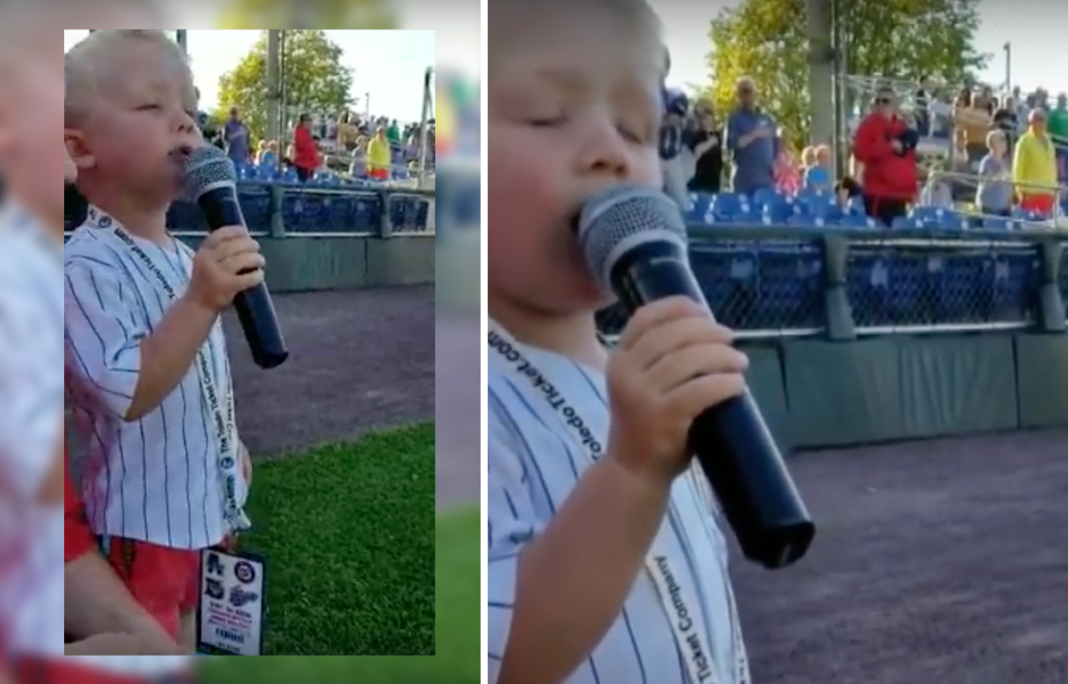 When the Auburn Doubledays, a minor-league baseball team in New York, needed somebody to knock the National Anthem out of the park, they knew just who to call: a precocious 3-year-old who loves to sing.

Drake Grillo was scheduled to sing the Star Spangled Banner at the ballpark later in the month for a fundraiser for his 1-year-old sister, Saylor, who suffers from hip dysplasia. The assistant for the team decided to ask him to perform earlier on July 12, and he jumped at the chance.

“Shane, the assistant GM asked us if he wanted to sing and I think he jumped out of his chair before he even answered,” said his mother.

Soon, little Drake was on the field with a mic in hand and giving it his all. He wasn’t nervous at all and managed to remember the words better than many adults. His enthusiastic performance charmed the crowd, and the video shared by the team on social media went viral.

It was his mother, Chelsea, who got nervous.

“I was really nervous, You know, I didn’t know how to be calm for him, and help him with the words, and keep him going,” said Chelsea Grillo. “He really just did it all himself,”

He was an instant star, appearing on television, but he didn’t let it go to his head. Instead, his mom says he just went back to doing “normal kid stuff.”

He also plays baseball as says,

The fundraiser for those suffering from hip dysplasia called “Sips and Flips for Hips” will take place on July 29 at 2 p.m. at Falcon Park. If Drake feels like it, he’ll sing again. We bet he will!

Auburn Doubledays fans are the best in the world. Especially when they are up and coming super fans like Drake! Hey ESPN why don't you give this kid a shout out! Plus look how cute he is.

See the interview with Drake and his mom below from Inside Edition: