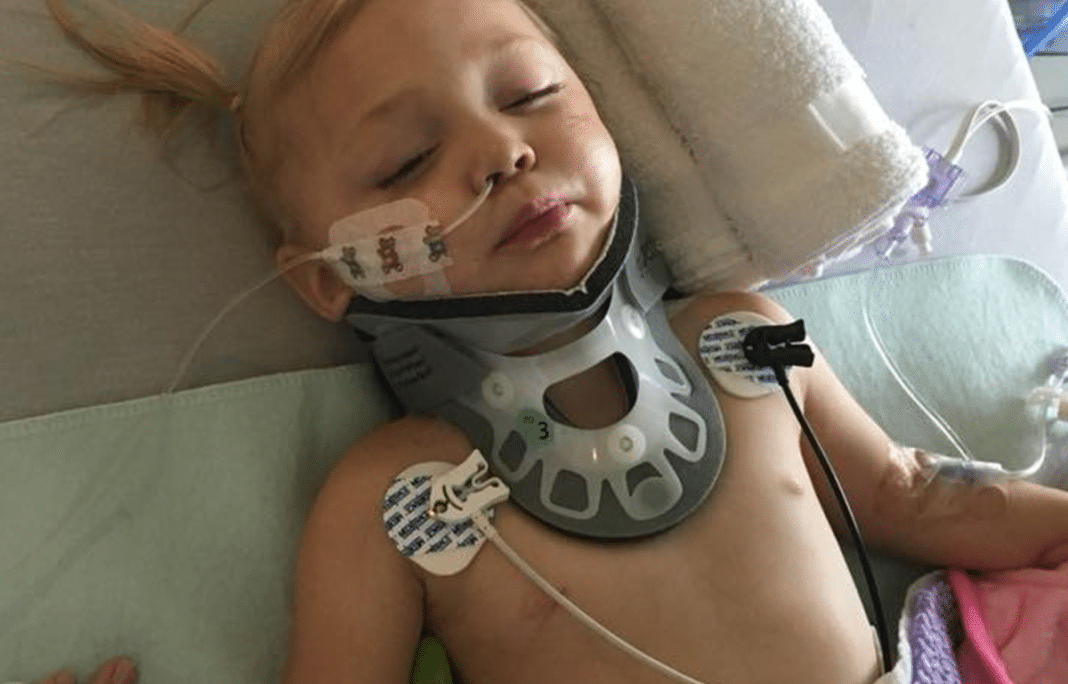 A two-year-old girl name Jaclyn Derks was playing with her 5-year-old sister, Jolene, in a blanket fort they were creating in their Grandmother’s house. Jaclyn lost her balance and fell into the blankets between a couch and bed. Her neck came down on a glass cup that was hidden on the floor.

It was a freak accident that had devastating consequences in seconds. 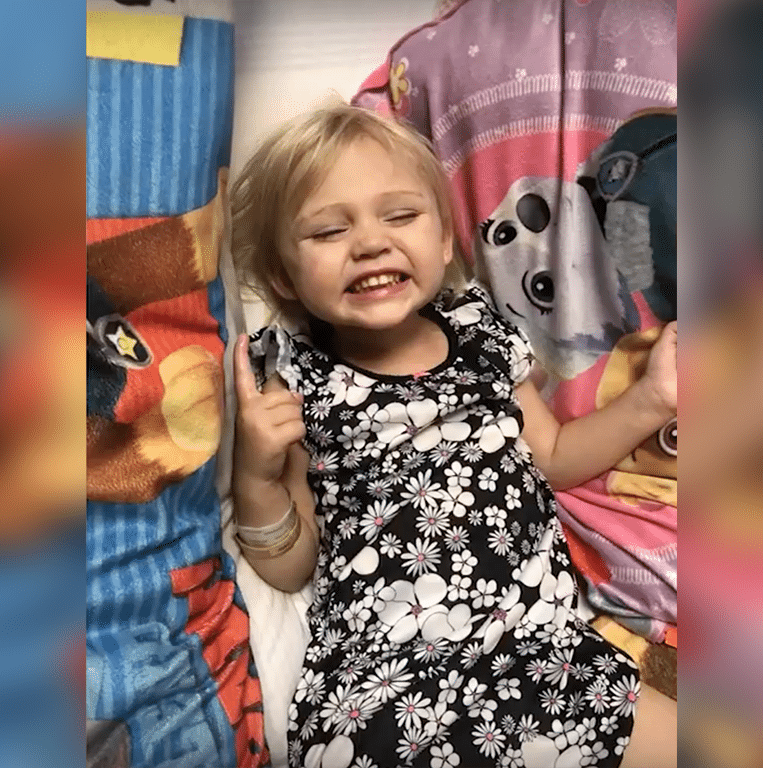 A piece of glass the size of a quarter became lodged in the back of her neck, severing her spine. 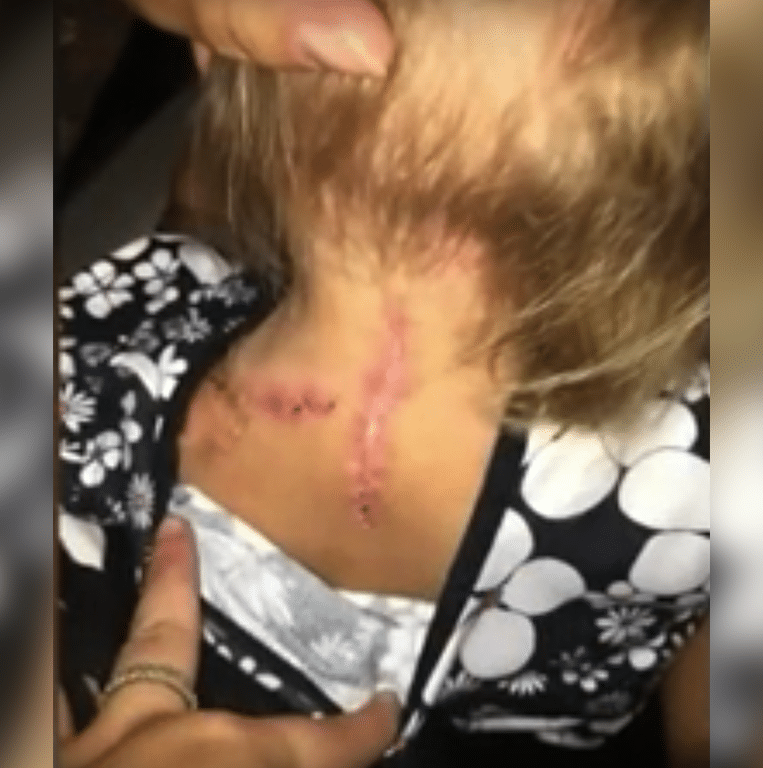 The injury to Jaclyn’s neck and shoulder

At the time of the accident, Jaclyn’s mother was out grocery shopping. When she got the call, she rushed to the hospital.

When she arrived, she was horrified to see her daughter surrounded by medical staff, strapped to a bed and covered in blood.

“We literally thought we were going to lose her that night,” said Kayla Rudichuk.

She had never experienced such a traumatic event in her life.

“It was the most emotional I’ve ever felt in my whole life. I’ve never seen so much blood, so much pain from a 2-year-old little girl.” 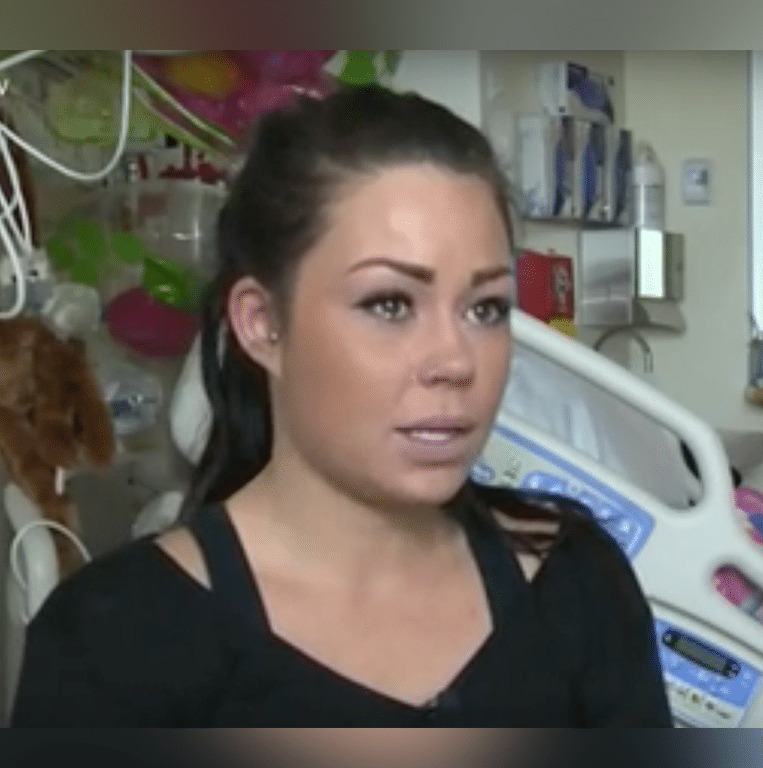 It took eight hours of surgery at Alberta Children’s Hospital to remove the shard from Jaclyn’s spine, and doctors weren’t at all sure she would ever walk again.

The injury left her paralyzed on the left side of her body.

Doctors said what happened was extremely rare, having only seen one other case in the entire world in Turkey, according to Rudichuk.

A month later, everyone has been surprised at Jaclyn’s progress. She goes to therapy twice a day. Every time they see new signs of movement, they are excited all over again.

She started to wiggle her toes, then began to move her arm, and then her leg!

Doctors let her have a day at home in Calgary where she enjoyed the company of her 5-year-old sister, Jolene, for the night. Then she headed back to the hospital where she will remain for a few more weeks.

Rudichuk has been emotional watching her daughter’s struggles and was concerned about mounting medicals costs and costs incurred since she had to take off extended time from work to be with her kids.

Then a friend of 10 years, Amanda Lane, set up a GoFundMe page to help her.

The page received overwhelming support, surpassing the original goal of $1,000. It is currently at $26,999 and growing, raised by 540 people in 1 month’s time.

Kayla left an update for Jaclyn on Wednesday:

“She is getting better and better each day, she started swimming physio today as well. She’s a true miracle.”

In an interview, she gave a message to other parents out there:

“Pay as close attention as you can to your babies and keep them close because you never know what can happen.”

See the story in the video below: