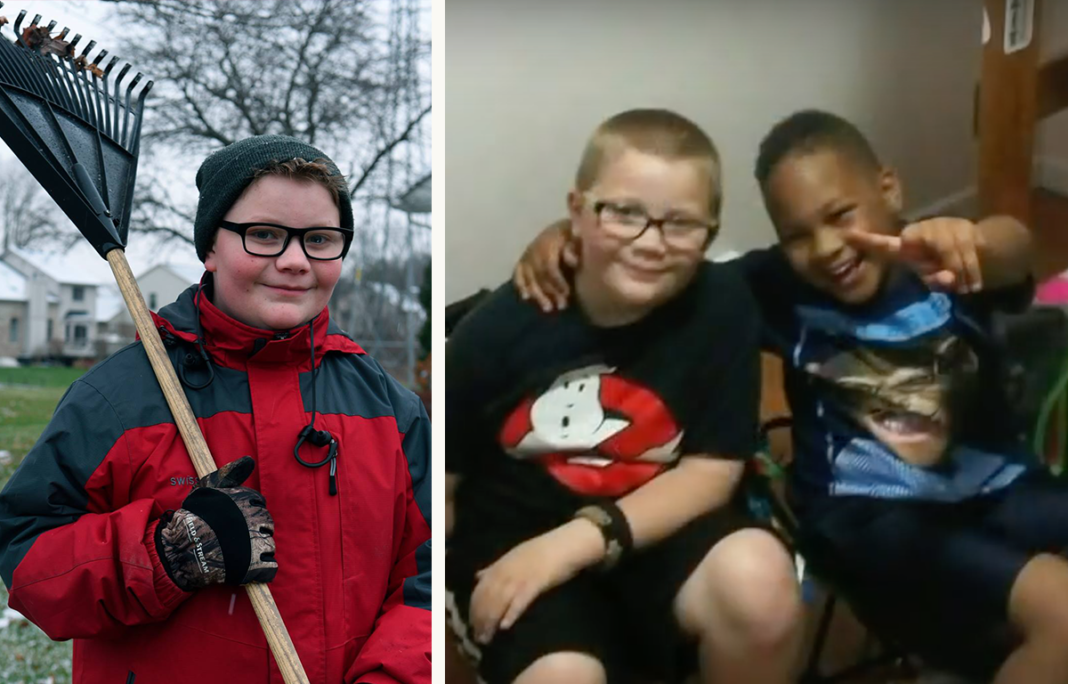 All that Kaleb Klakulak, 12, wanted for Christmas was to see his best friend receive a headstone for his unmarked grave. His friend, Kenneth “K.J.” Gross, died in May, and Klakulak has been doing odd jobs in the Detroit area, collecting bottles, and fundraising ever since.

“I didn’t want his mom to go to an unmarked grave,” said Klakulak.

K.J. Gross had battled with leukemia since infancy, but he had beaten it twice. Then he ended up back in the hospital with congestive heart failure due to side effects from the treatments. His mother quit her job to take care of her sick son. The mother of six kids had no money left to buy a headstone. She is also caring for a mother with Alzheimer’s disease.

“We packed up and we moved into the hospital,” K.J.’s mother, San Singleton, said. “And everything that they did for K.J. thinking it would give him a better quality of life, it did the opposite.”

During K.J.’s time in the hospital, his friend since second grade, Kaleb visited him frequently, playing video games and painting. Singleton recalled that Kaleb’s visits were the highlight of his last days. 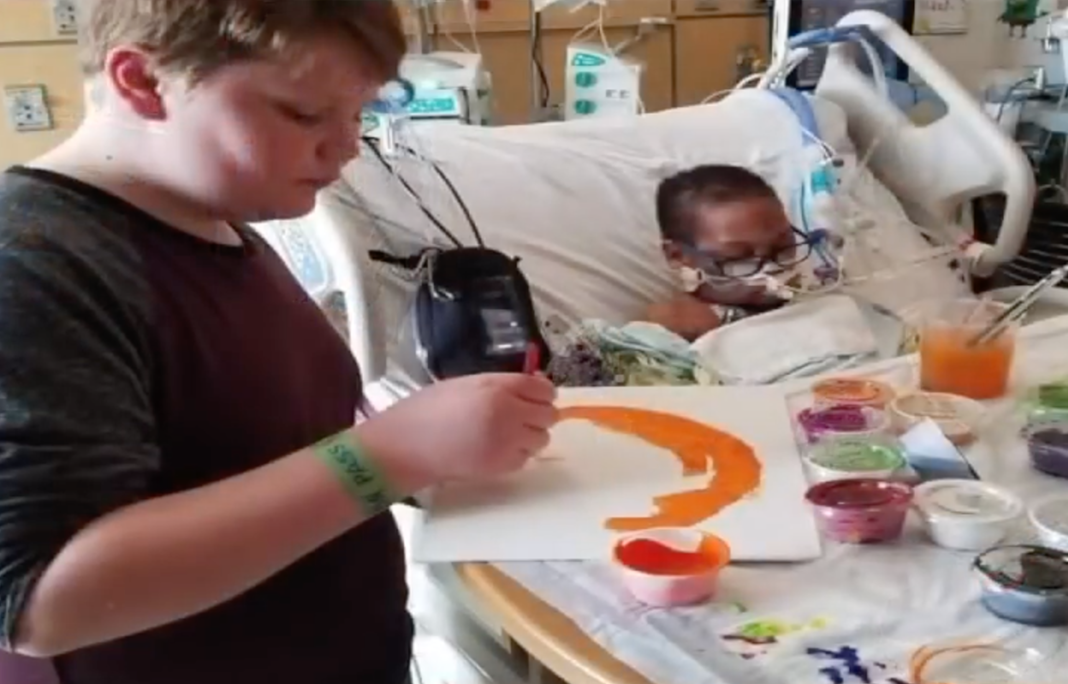 Kaleb told Detroit News how much he cared for his best friend’s mother and wanted to help her as much as he could.

After months of hard work and fundraising, Kaleb’s efforts paid off. He raised $2,500 for his best friend’s memorial. Kaleb shared the good news with Singleton, who broke down in tears of joy. (see the video below)

“I knew that they loved my son when he was alive,” she said.

“But I really really know that they love my son because even in his passing they’re still trying to help me.”

News of this kindhearted boy’s generosity inspired others in the community. Ira Kaufman Chapel in Southfield donated a headstone.

“The story really touched my heart,” Ira Kaufman owner David Techner said. “Here’s this 12-year-old kid who saw a need and did what needed to be done. So I’m just following this young man’s lead.”

Elmwood Cemetery general manager, Bonita Smith, waived a policy that new gravestones couldn’t be installed until the warmer spring months so that K.J.’s headstone would be in place for Christmas.

Singleton picked out an inscription of an angel holding a heart with the inscription: 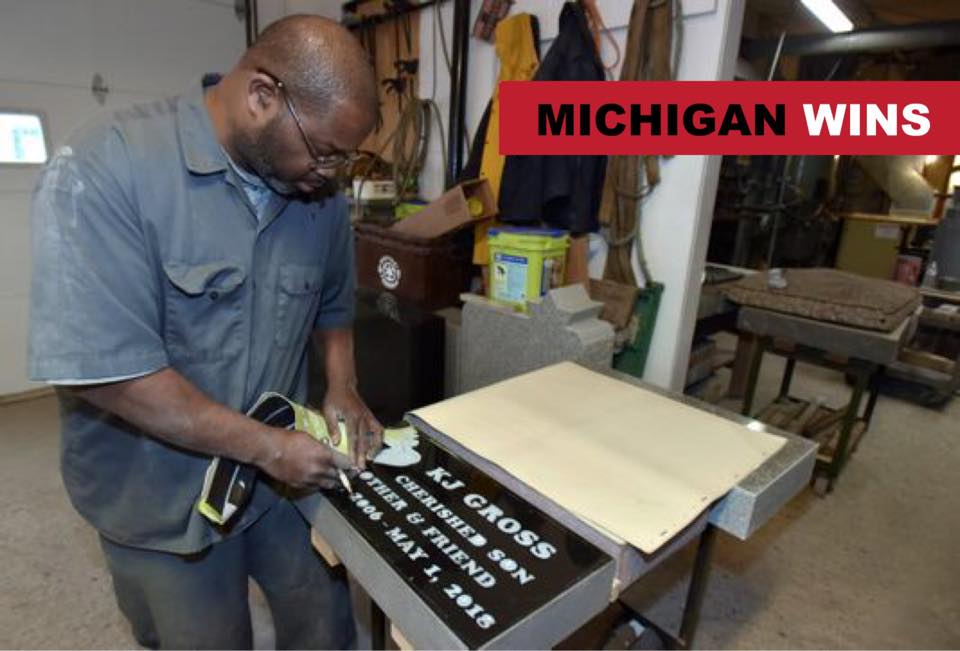 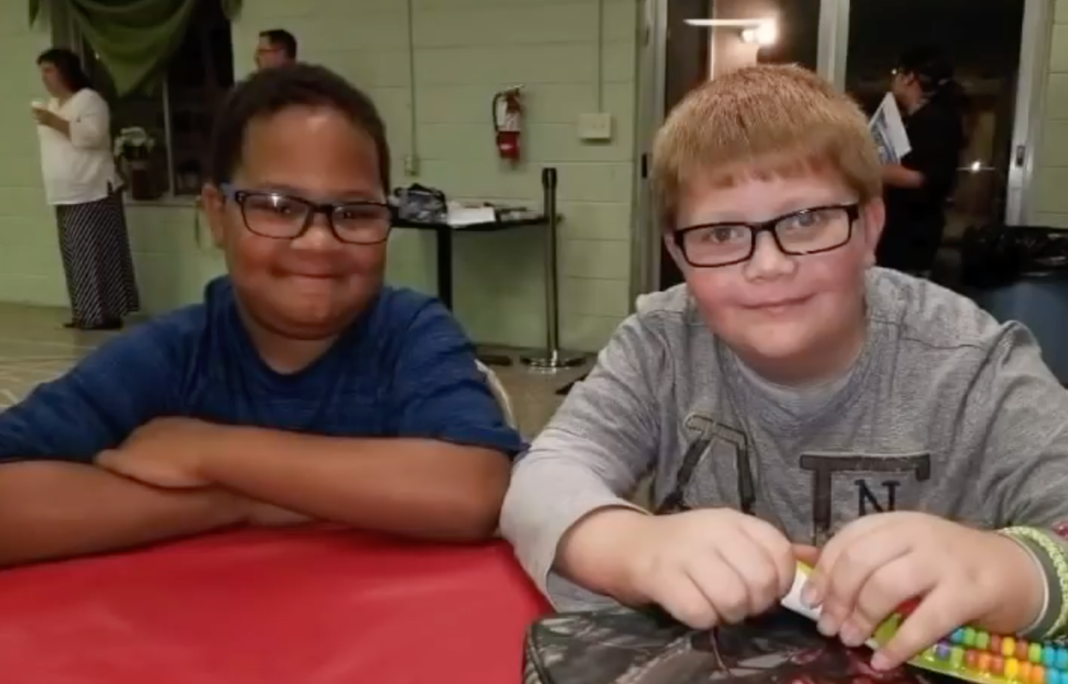 More generous donations poured into Kaleb’s PayPal account, and now Kaleb’s mother, Kristy Hall, is donating it all to Singleton. She was amazed by the generosity of the community but wasn’t surprised by her son.

“Someone asked me if I was surprised that Kaleb wanted to do this, and I said, ‘absolutely not. Not even a little,’ said Hall. “I am surprised at how this took off. It amazes me. It’s a little surreal.”

Now Kenneth “K.J.” Gross will have the headstone he deserves, and the world will know more about his life and his beautiful friendship with Kaleb Klakulak. Friendship is forever.

See more from WXYZ-TV Detroit below: