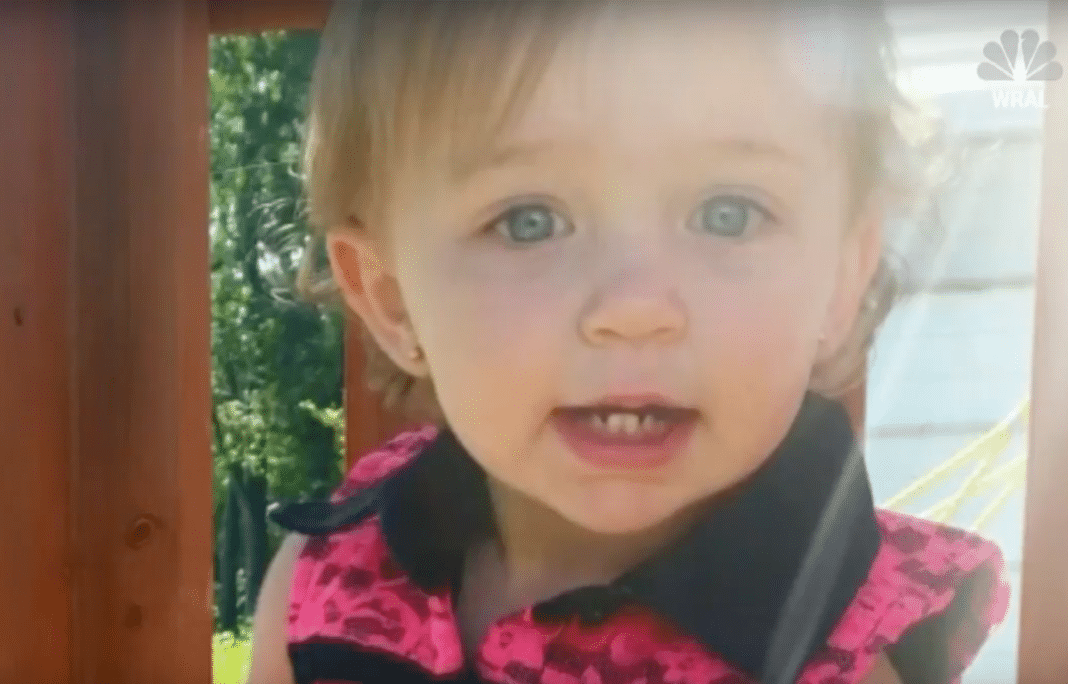 One-year-old Trinity Harrell of Rocky Mount, North Carolina, was playing with the family’s six-year-old pit bull in the yard when it attacked and wouldn’t let go. Her mother, Miranda Harrell, tried desperately to get her daughter away as the dog thrashed the child about but she could not. She called 911 and told them the horrifying story.

“I need some help. My dog is attacking my daughter,” Harrell told the 911 operator. “Hurry, she’s dying. Please hurry.” 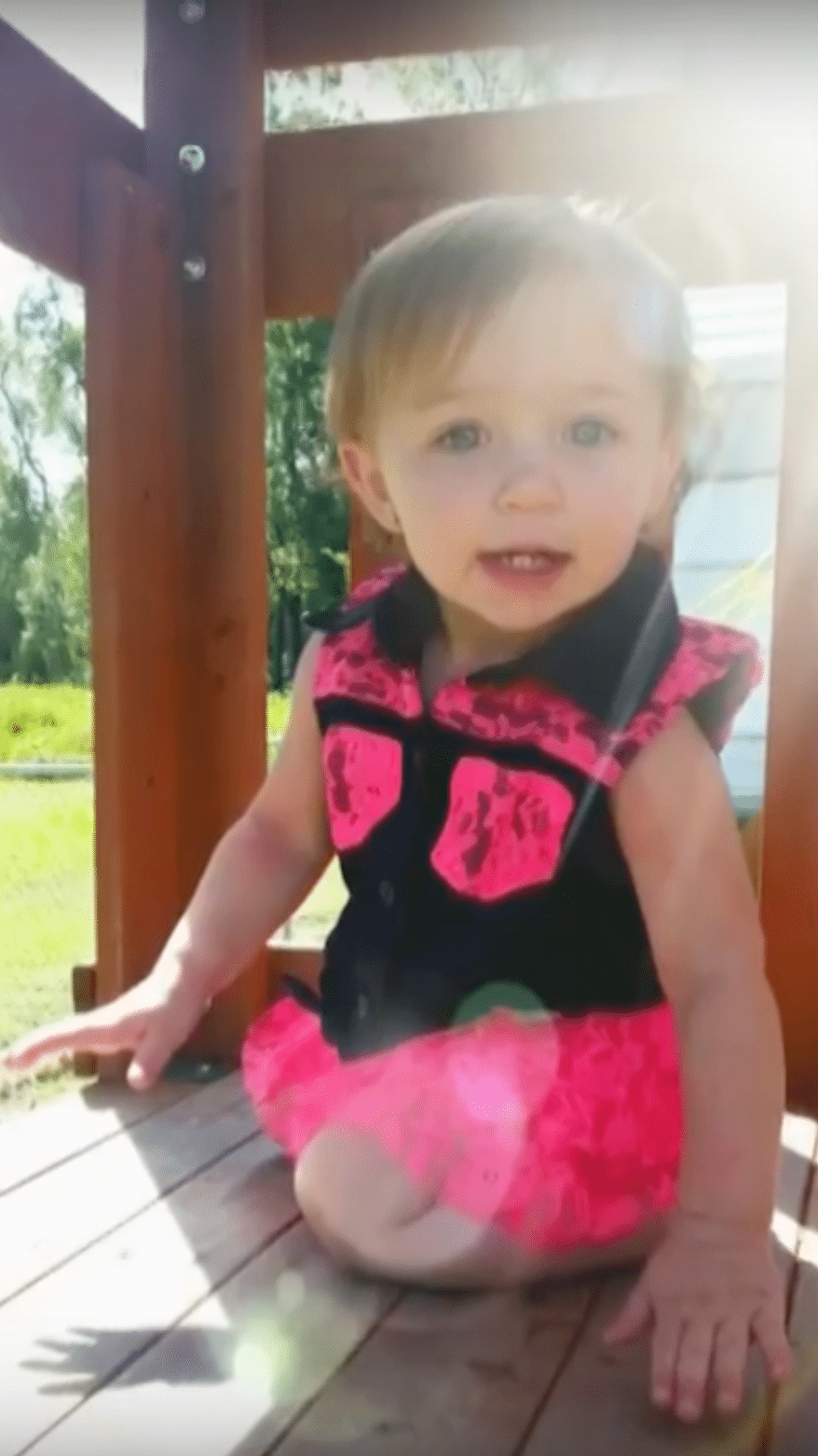 Miranda Harrell received instructions to try to pry open the dog’s mouth with a stick, then to hit the dog with a heavy object on the head, and finally to cut the dog’s throat. Astonishingly, nothing worked, even after trying to stab the dog.

“I did all I could,” Harrell told WRAL.

The Edgecombe County Police responded and arrived on the scene. The undercover deputy shot the dog once and it still wouldn’t let go, according to Sheriff Clee Atkinson. Only after the second lethal shot were they able to get Trinity away.

After receiving emergency first aid on the scene, the little girl succumbed to her injuries at UNC Children’s Hospital a week later. Neighbors who were home at the time of the attack heard cries, and are devastated that they were unable to help.