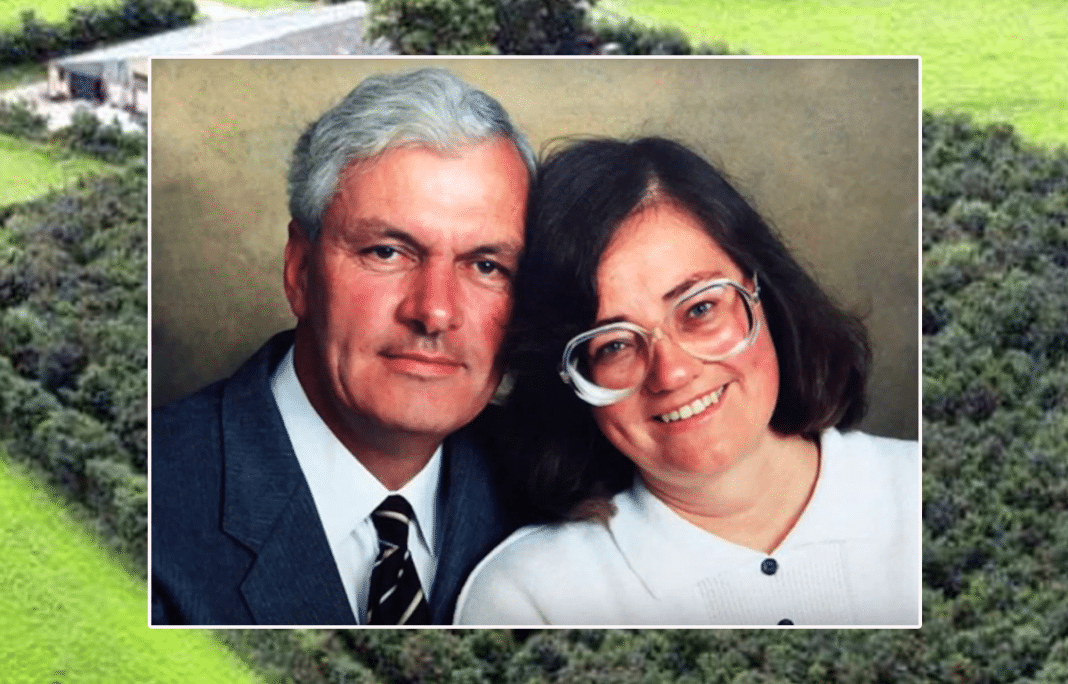 One man loved his wife of 33 years so dearly that when she passed away he created a tribute to their love that will last for generations to come and is now world famous. Even so, the tribute was a family secret for 17 years. Crafted of carefully planted oaks, hedges, and daffodils, it remained hidden until a hot-air balloonist spotted it and thought it was the most amazing thing he had ever seen.

Balloonist Andy Collett was the first person other than its creator to spot it from the air: a huge heart-shaped meadow over an acre long. The carefully outlined symbol of love is surrounded by six thousand oak trees and hedges in a six-acre field. The businessman had flown by balloon many times and was shocked at what he saw as he floated above the farm in Wickwar, South Gloucestershire.

“I have my own balloon and am quite a regular flyer – but this was the most amazing sight I have ever seen from the sky,” said Collett.

“It was a perfect heart hidden away from view – you would not know it was there.”

“You can just imagine the love story,” he said.

In the center of the meadow, daffodils bloom, the favorite flower of Janet Howes, who was married to Winston Howes in 1962. The couple shared a storybook love and flourished on their 112-acre farm after Janet moved from the nearby town of Wotton Hill. Today, the point at the bottom of the heart points to Janet’s hometown, and is the only entrance into the meadow by trail. 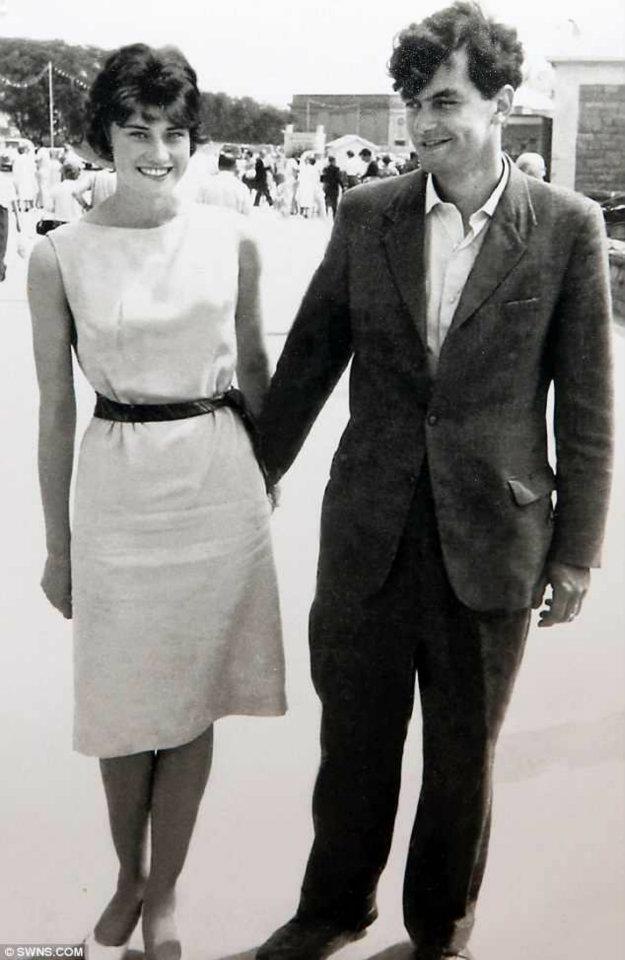 Winston Howes, who would be 77 today, was devastated when his wife unexpectedly died of heart failure in 1995 at the young age of 50. His heart was broken, but he would have to carry on to take care of their son and the family farm. He needed a project to stay busy and wanted to pay his beloved wife a fitting tribute. One day, inspiration came to him in a flash. The empty field near their farmhouse would be a living and lasting memorial.

Howes explained how he got the idea to the Telegraph:

“I came up with the idea of creating a heart in the clearing of the field after Janet died.”

With help from local gardeners, he planted the entire field.

“I thought it was a great idea – it was a flash of inspiration – and I planted several thousand oak trees.” 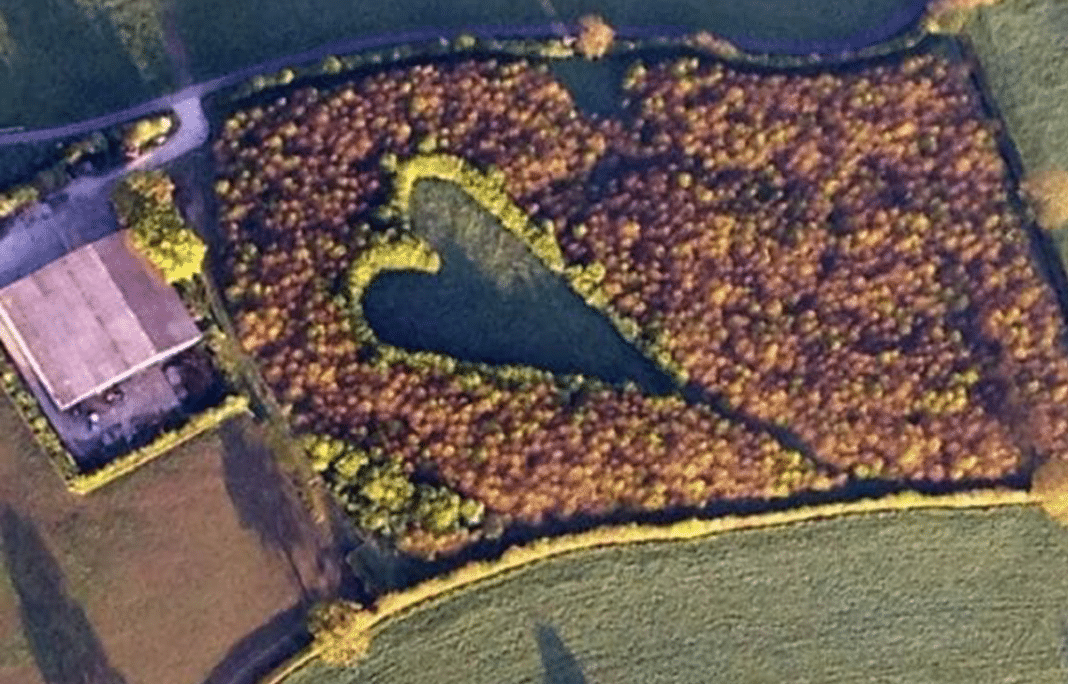 When he wants to pay respect and remember Janet, he sits in the meadow overlooking her town, and in the springtime, the daffodils bloom for her.

“Once it was completed we put a seat in the field, overlooking the hill near where she used to live.”

“I sometimes go down there, just to sit and think about things. It is a lovely and lasting tribute to her which will be here for years.” 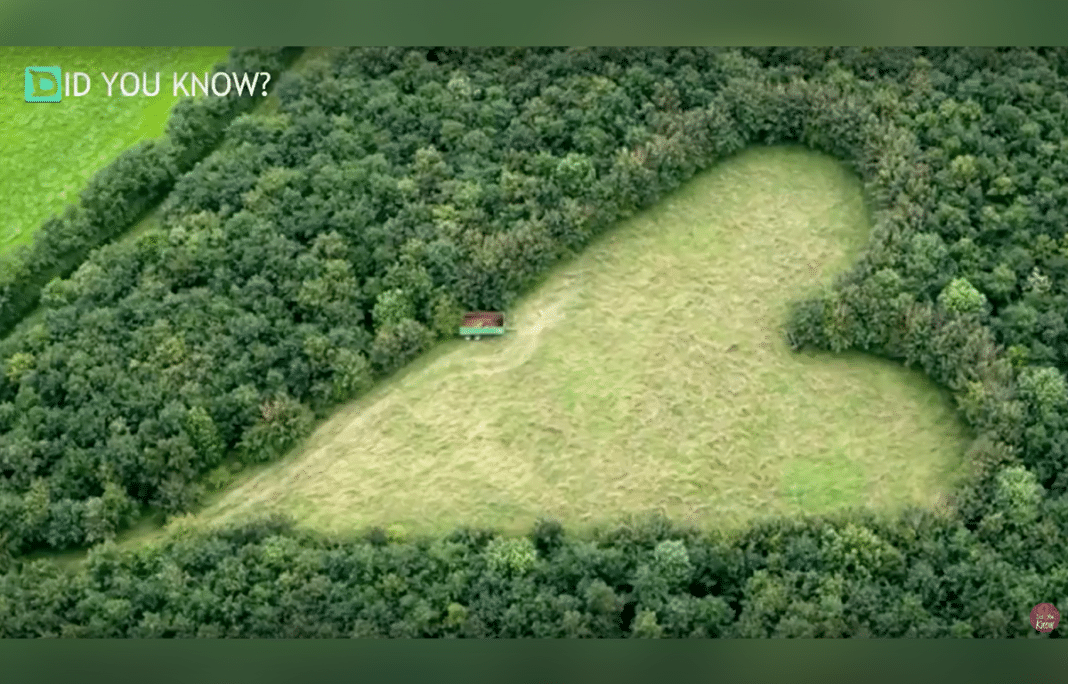 See the meadow from Google Earth below:

Each year the oaks grow tall and strong in Howes’s hidden garden. He may not have intended for the secret of his creation to receive such international attention, but now the story of his love for Janet touches millions of people everywhere each year. Somewhere in the English countryside, their love springs eternal in a heart-shaped meadow. 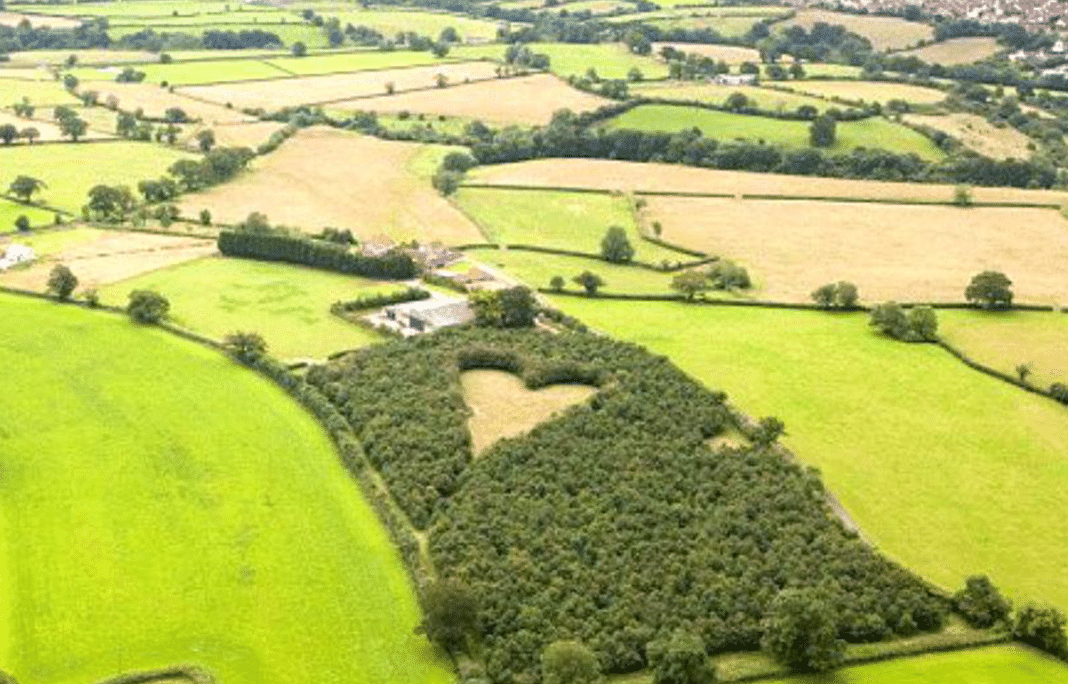 Ken Jennings from Conde Nest Traveler summed it up perfectly:

“We probably all know people with big hearts, but Howes’s is literally visible from space.”

See more in the video from Did You Know? below: