After mama chihuahua with a massive belly goes into labor, baffled vets witness a record 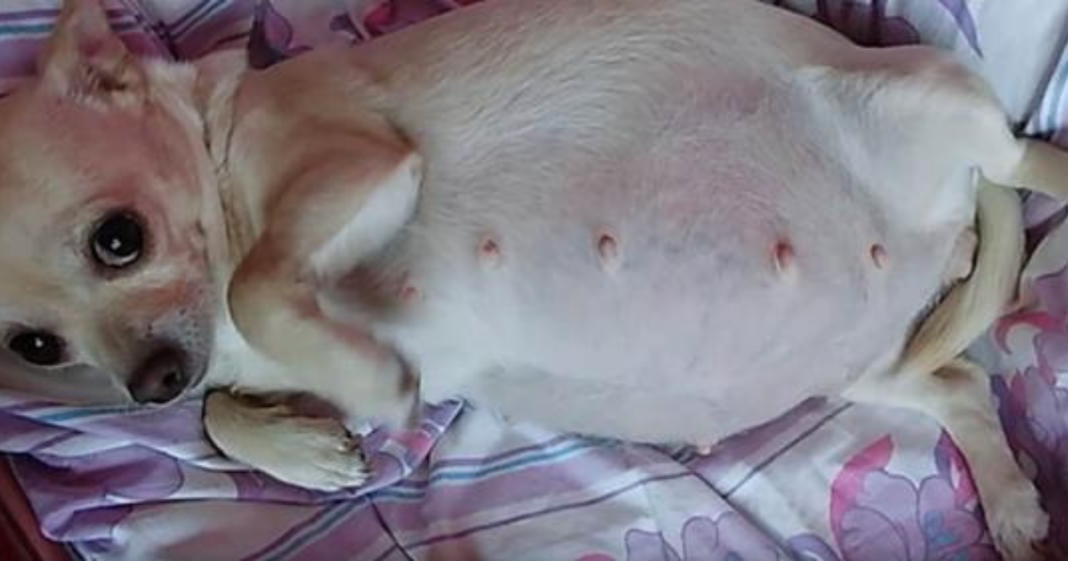 A little chihuahua named Coco recently broke a Guinness World Record. She doesn’t know it though, and wouldn’t even if she were an English speaking doggie because she’s now the proud mama of 10 puppies. Yes, 10.

Coco’s human parents, Bill and Dawn Slater, are huge animal-lovers who also have a collie terrier and some cats. They were excited about Coco having pups. While they don’t appear to be breeders, they do welcome new additions to their family. 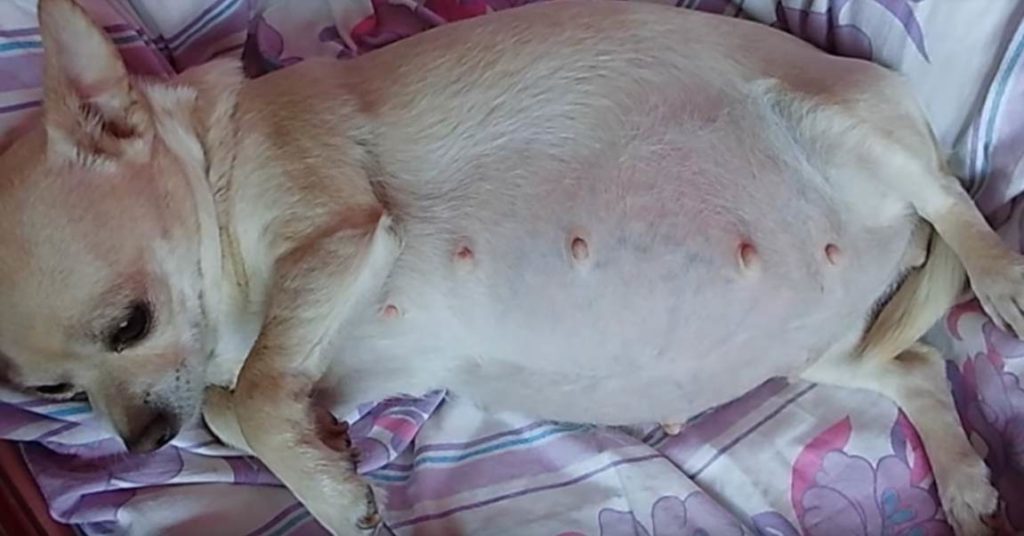 Coco’s pregnancy was rocking along just fine, although her belly did get pretty huge. The vet told the Slaters that she was probably going to have five puppies. They were excited to welcome five new babies.

When delivery day arrived, five pups were certainly delivered, but then something unbelievable happened. Another pup came out. Then another, and another. And another. Coco ended up delivering ten healthy pups.

“When we got to the ninth pup he wasn’t well, his bag had burst and we were trying to revive him. We thought to ourselves, this is just impossible. When on earth is it going to stop when the tenth came out.” 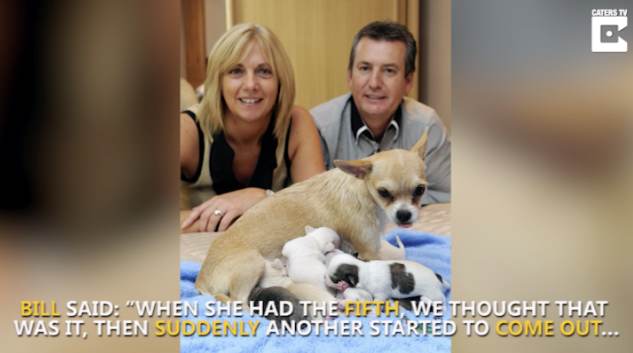 The Slaters’ main concern was for Coco, because she was exhausted and they feared that there may be complications because she’s such a tiny dog. Having 10 puppies is dangerous even for large breeds of dog.

The Slaters realize that there’s no way they can keep 10 puppies, so they’re looking to find homes for them.

Comments on the article at WeLovAnimals.me aren’t very favorable, however.

Numerous commenters said “have her spayed!”. One commenter added this:

Wow, oh my goodness. I feel very sorry for this little angel because she is such a small dog to have all these pups I can just imagine what she went through. Thank God she made it through and the babies are all healthy. I would never have my small baby girl have any babies , she is a only 7 lbs and don’t deserve to go through that one bit so that’s why I had her fixed.

However, another commenter pointed out that with these small dogs, it can be complicated.

“Sometimes they go into heat early without them knowing. Some chihuahuas are so tiny that anesthesia is dangerous and they have to wait till their fully grown to spay them because of weight requirements. She probably weighs enough now but if they are tiny vets wait till they are bigger.”

Regardless of how people may feel about this, we’re happy that Coco and her babies are healthy and thriving.
All images via We Love Pets