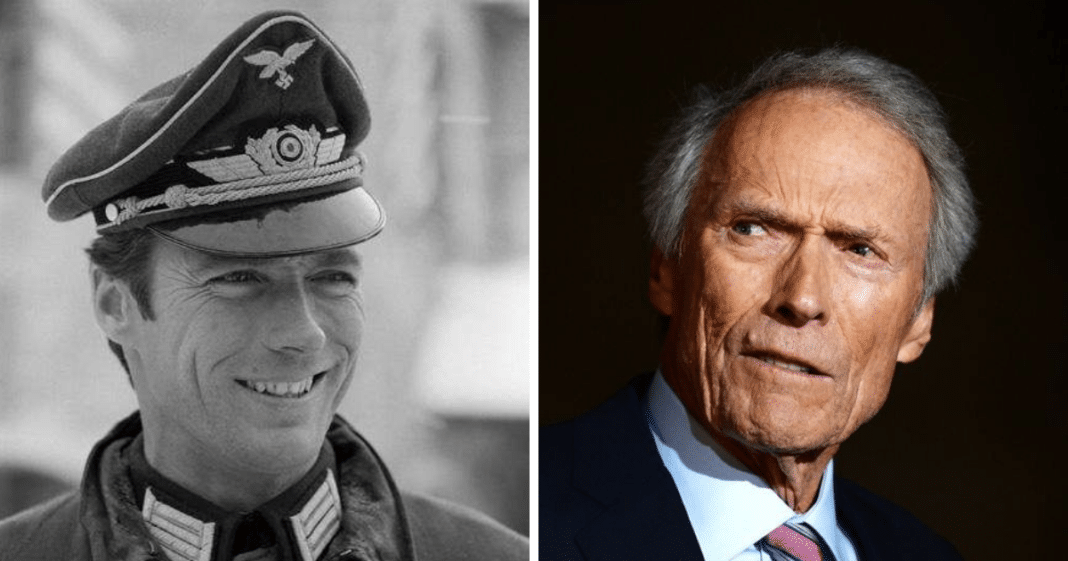 Clint Elias Eastwood is a man of many surprises and accomplishments as one of the longest running movie stars in Hollywood. Eastwood has starred in movies for five consecutive decades. His films are so timeless that it’s shocking to think he is now 88 years old, born on May 31, 1930.

From birth, he seemed destined to be larger than life. Nurses nicknamed him “Sampson” since he weighed a whopping 12 pounds 6 ounces. He eventually stood 6 foot four inches tall. Before going on to star in and direct almost 40 movies, he wanted to pursue a career in music but was drafted into the US army at 20 years old.

Did you know, Clint Eastwood served in our military? He tried to enroll at Seattle University in 1951 but was then drafted into the United States Army during the Korean War, where he was a lifeguard. #alohapearlharbor #celebrities #military #clinteastwood pic.twitter.com/nHQpx13k4C

He spent the Korean War as an army swimming instructor and would go on to work as a lifeguard and earn a living digging swimming pools. Little did he know how important his swimming abilities would later become.

Before he hit the big time as an actor, he also found work as a golf caddy, gas station attendant, paper carrier, forest fire-fighter, and barroom piano player.

Throughout his long and prolific career in the movies, he has often tried to keep his personal life out of the news. His strong and silent approach to all things personal seems to coincide nicely with his gruff on-screen personas. But one story from 68 years ago appears to be from a script straight out of a movie.

Only in 2016 did Eastwood decide to share the story while he was directing the critically acclaimed Sully: Miracle on the Hudson. It became apparent that surviving a real-life plane crash was relevant to working on a film about the dramatic crash landing of US Airways Flight 1549 on the Hudson River.

When Eastwood was a 21-year old soldier in the US Army, he was a passenger on a Second World War-era navy bomber. The two-seated plane ran out of fuel and crashed into the Pacific, and Eastwood found himself in the water searching for dry land for several hours.

Did you know: Clint Eastwood was drafted into the Army in 1951 & was assigned to Fort Ord. #VeteransDay pic.twitter.com/UyHOy0dWpa

As IMDb points out, the incident was not war-related. In fact, it seems it might be more related to his love life at the time.

“On a return air trip from a prearranged tryst in Seattle, a two-seated plane on which he was aboard ran out of fuel and crashed into the Pacific Ocean near Point Reyes. Using a life raft, Eastwood and the pilot swam 2 miles to shore. After the fact publicity erroneously infers that this occurrence was somehow war related.”

In an interview with The Telegraph, Eastwood described his crash landing at sea:

“I was catching a free ride from Seattle down to Almeda,” he said. “It was stormy and we went down off of Point Reyes, California, in the Pacific.”

Eastwood made his way through beds of seaweed and was finally able to climb up a cliff where a radio tower stood in Bolinas.

“I found myself in the water swimming a few miles towards the shore.”

#TRIVIA ANSWER: In 1951, as a swimming instructor at Fort Ord, Clint Eastwood narrowly escaped his crashed #aircraft and swam to shore. pic.twitter.com/eoZVhYzdEl

After a crash landing into the Pacific, Eastwood no doubt drew on his talents as a swimming instructor. Over half a century later, the director drew on the experience in telling the story of Captain Chesley “Sully” Sullenberger, the pilot who made a split-second decision to land an Airbus A320 on the water. Eastwood had a unique insight into what the passengers and crew aboard the plane were probably thinking as they realized they were going down.

On 30 Sep 1951 a Navy AD-1 Skyraider plane reg #09283, having been lost in weather and out of fuel, ditched in the water off of Point Reyes, California. The pilot and passenger escaped. The passenger is still alive today. His name is Clint Eastwood.https://t.co/IX9hg7pe3Z pic.twitter.com/ZipddXIlDB

In fact, Eastwood praised Sullenberger’s quick-thinking, even though later the pilot would face intense scrutiny from authorities.

“I suppose having been in a similar situation as the pilot I would have chanced a water landing rather than go someplace where there’s no runway,” said eastwood.

He realized that landing the airliner on the river had one advantage over what happened to him at sea. There would be witnesses who could help.

“And of course Sully was familiar with that area. He knew where the helicopter ports and ferryboats were, so he picked the right spot, where everyone could get to them fast. It wouldn’t be like being out in the middle of the ocean. He knew that somebody would see them.” 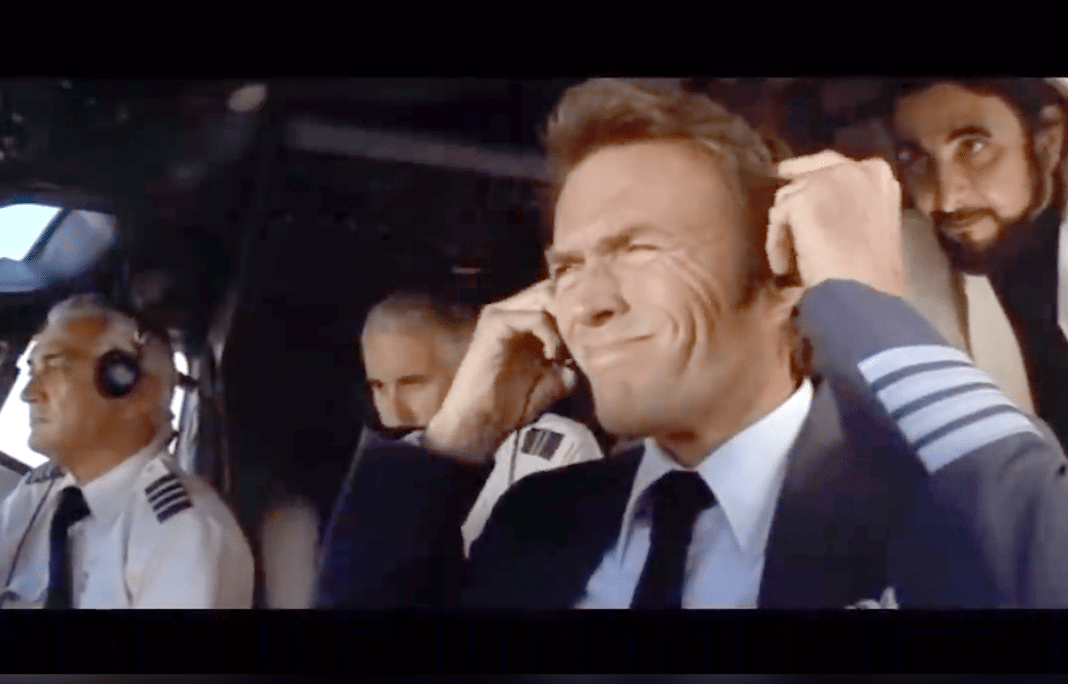 Even though all 155 passengers and crew survived thanks to Sullenberger’s decision, government accident investigators questioned what he did in an 18-month investigation. Eastwood was quick to defend the pilot in his film.

“Anybody who keeps their wits about them when things are going wrong, who can negotiate problems without panicking, is someone of superior character, and interesting to watch on film,” he says.

The director focused his attention on what he saw as railroading Sullenberger into taking the blame for the crash.

“But for me the real conflict came after, with the investigative board questioning his decisions, even though he had saved so many lives.”

After the film’s release, Hudson River plane crash investigators objected to the way they were portrayed.

Robert Benzon, who led the National Transportation Safety Board’s investigation at the time pointed out:

“These guys were already national heroes,” said Benzon. “We weren’t out to embarrass anybody at all.”

After Eastwood’s life-altering experience at sea, we can see why he was such a fierce defender of Captain Sullenberger. Once again his real-life persona coincides with the tough guy portrayed in his films.

However, his son, Scott Eastwood, says “My dad never took himself too seriously.”

"My dad never took himself too seriously. He always treated everyone with respect, and he made sure I was like that, too." – Actor and model @ScottEastwood

Eastwood's father, Clint Eastwood, was drafted and served in the Army during 1951-1953 at Fort Ord in California. pic.twitter.com/q5cp8qgB6L

See Clint Eastwood’s appearance as Dirty Harry in which he poses as an airline pilot to capture hijackers below: