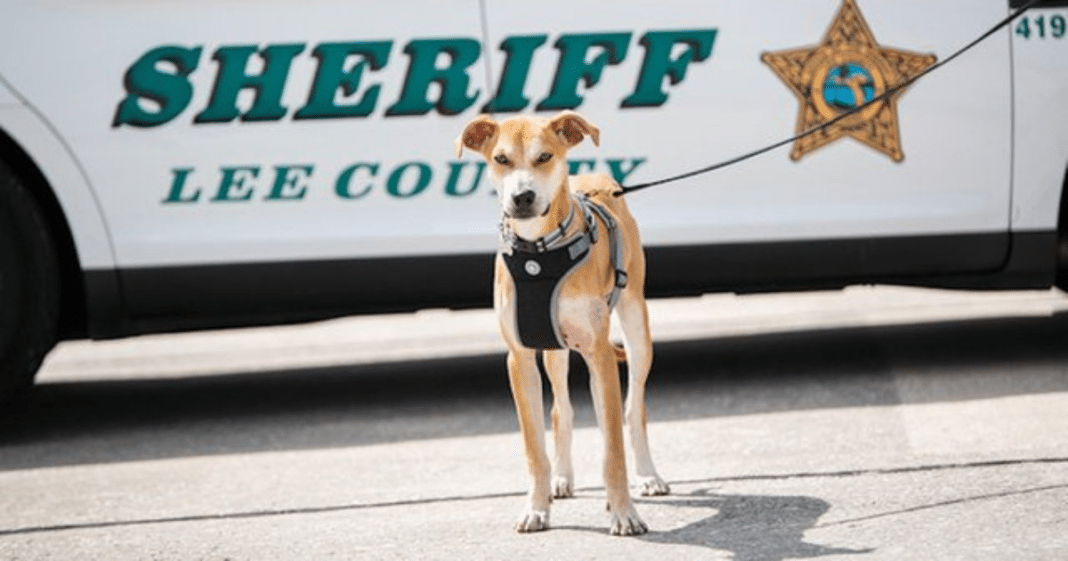 Recently, an abused stray dog found wandering the streets of a southwest Florida city its mouth taped shut was made an honorary deputy of a local Sheriff’s Department.

According to the sheriff’s office, Chance was panting, drooling, and suffocating by the time he was found.

The office took the dog in and later decided to deputize the pooch, according to a representative of the local department.

“Sheriff Carmine Marceno has adopted and deputized Chance, a dog recently discovered abused and abandoned in the Lehigh Acres area,” the representative said. “Deputy Chance will have an office near Sheriff Marceno’s desk.”

Chance reportedly was able to complete his first official assignment on the job last weekend when he joined the sheriff at a ribbon cutting ceremony and watched a teenage-driver challenge sponsored by the office.

In a Facebook update, the sheriff’s office said: “Deputy Chance is recovering nicely and full of energy.”

When asked to describe his first day on the job, Deputy Chance replied, “Ruff!”

According to the local news station, Chance now works as a “Pets on Patrol Spokes-Dog” for the office’s local community relations department.