Abandoned On The Streets, Homeless Dog Was So Terrified He Could Barely Look At His Rescuers 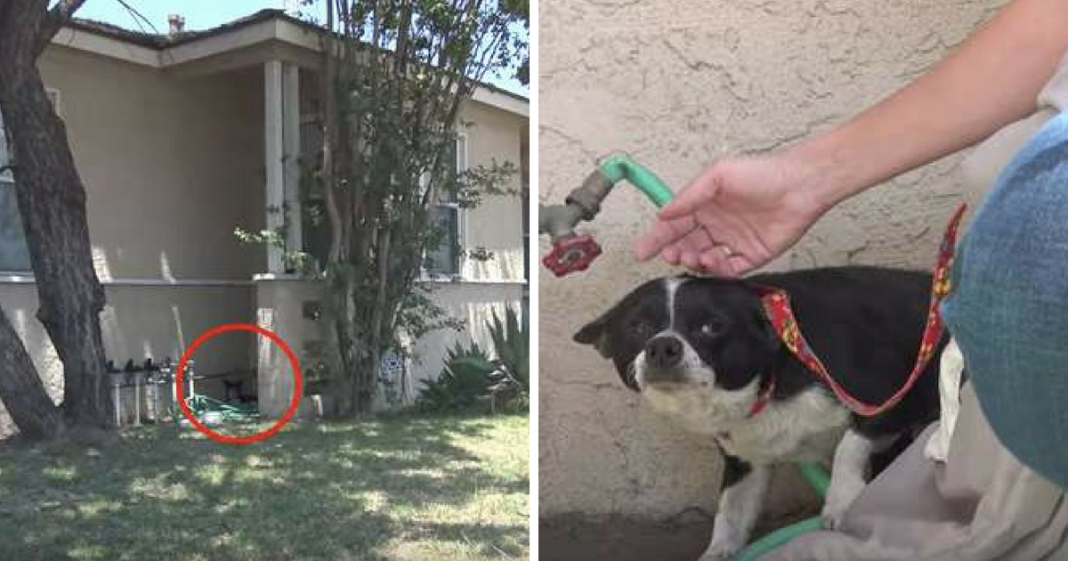 Han Solo spent many days on the street. He chose a residential area with many busy roads to call his home. All the lonely pooch wanted to do was find a quiet spot for himself. Concerned he could be hit by a car, residents called Hope For Paws.

Rescuers Lisa Arturo and JoAnn Wiltz responded to the call. When they arrived at the neighborhood, they found Solo huddled in a yard. They quickly fenced it off so he couldn’t escape. 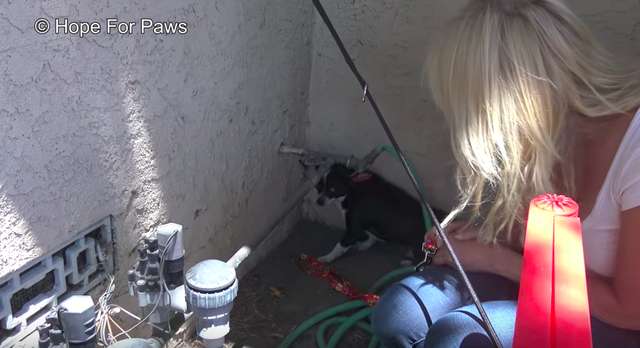 Poor Solo was so frightened; he wouldn’t even look at his rescuers. The women carefully approached the nervous dog who remained huddled next to a hose.

His demeanor didn’t change even as the two settled beside him. Lisa and JoAnn didn’t lose patience with Solo. They continued to speak softly to him to gain his trust. They assured the scared dog they weren’t there to harm him. 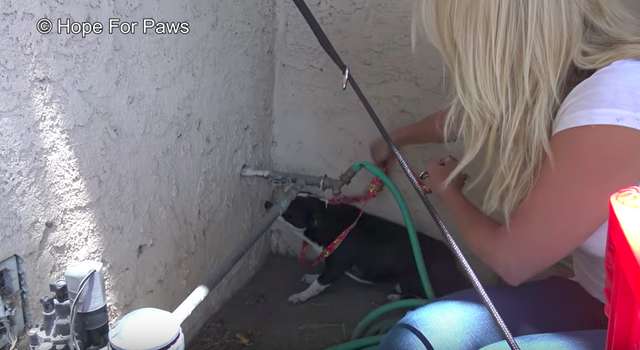 They produced the leash they’d eventually place around his neck. They allowed Solo to get used to the led, letting him sniff and see it.

Once they secured the leash around him, Solo still peered at them with uncertainty. Years of being on the streets had made him wary and uneasy of humans. His rescuers hoped this would change over time. 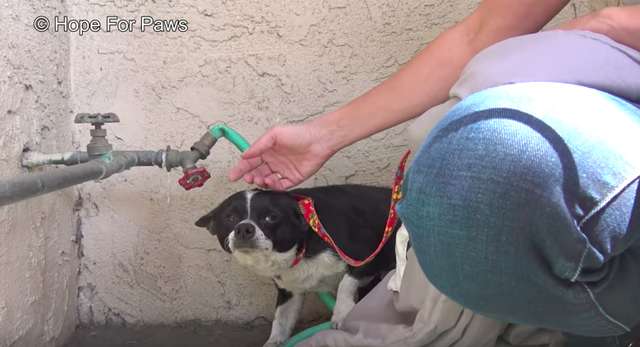 “He was stressed and didn’t know we were there to help him,” Eldad Hagar, founder of Hope for  Paws, wrote in a  video about the rescue.

Lisa grabbed a blanket and began petting Solo with it. She hoped it would calm him. she eventually wrapped him in it and lifted him from the corner of the yard. Resting safely in her arms, Solo seemed to relax slightly. 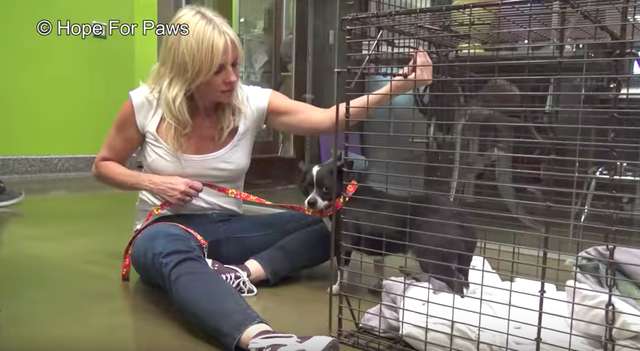 She carried him to the rescue vehicle. He was quickly rushed to the vet. As he was being checked over, Solo still appeared confused and overwhelmed, but he wasn’t as frightened as before. And sure enough, he started warming up to those around him.

After his bath, he seemed to finally understand his rescuers weren’t there to hurt him. They scanned Solo for a microchip. Finding none, he was taken in by PAL Rescue where he was placed into a foster home. 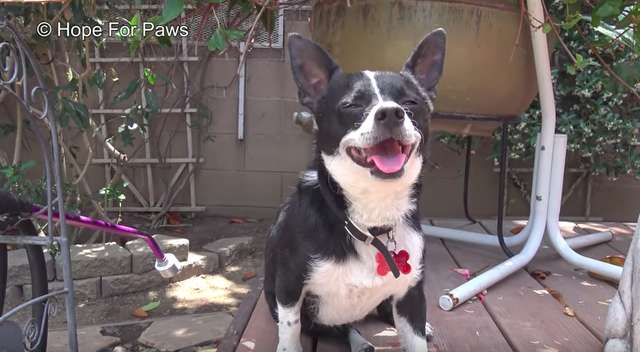 Soon enough, Solo’s real personality began to shine through. He adores people and isn’t scared of them anymore. He’s the sweetest, friendliest dog in the world. He loves spending time with all the new people in his life. His rescuers know he’ll eventually find a forever home.