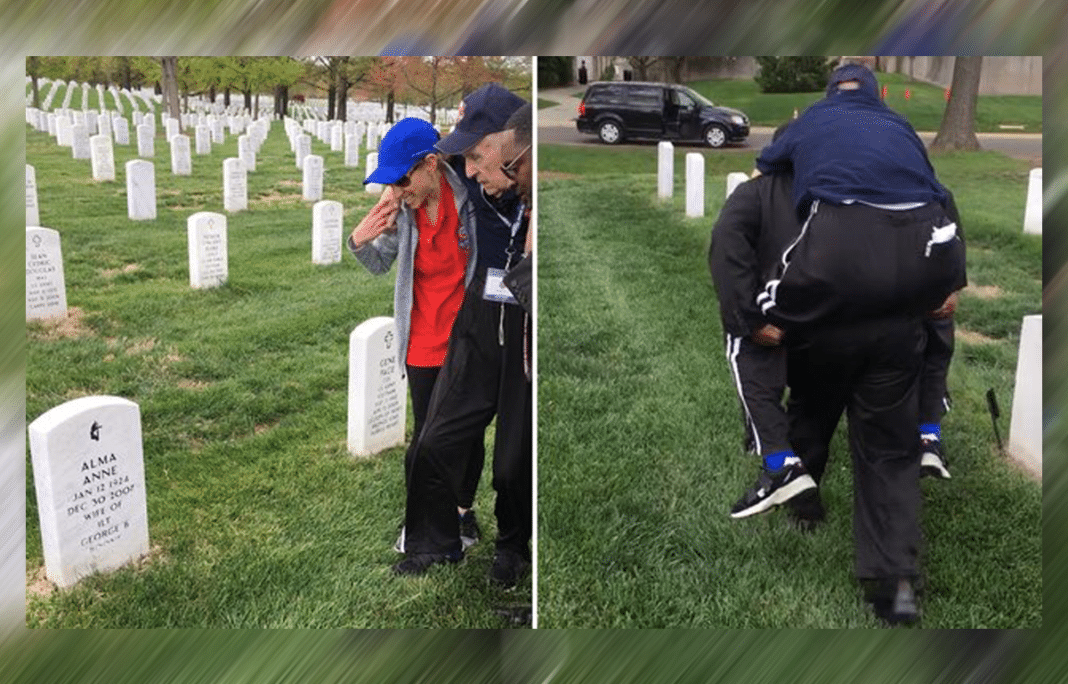 George Boone, a 96-year-old veteran from North Carolina made what he thinks will be his last trip to Arlington National Cemetery through the Honor Flight Network.

The non-profit honors U.S. veterans with trips to the nation’s capital to see the many memorials honoring their service.

Big thank you to all members of the military and veterans for their service and sacrifice to our country!

In 1943, Boone was a B-24 pilot, flying over Romania. He was shot down and became a prisoner of war.

Usually, the Honor Flight groups have just enough time in their busy schedule to visit the famous Tomb of the Unknown Soldier but Boone wanted to make an unscheduled detour on Saturday, April 28th. 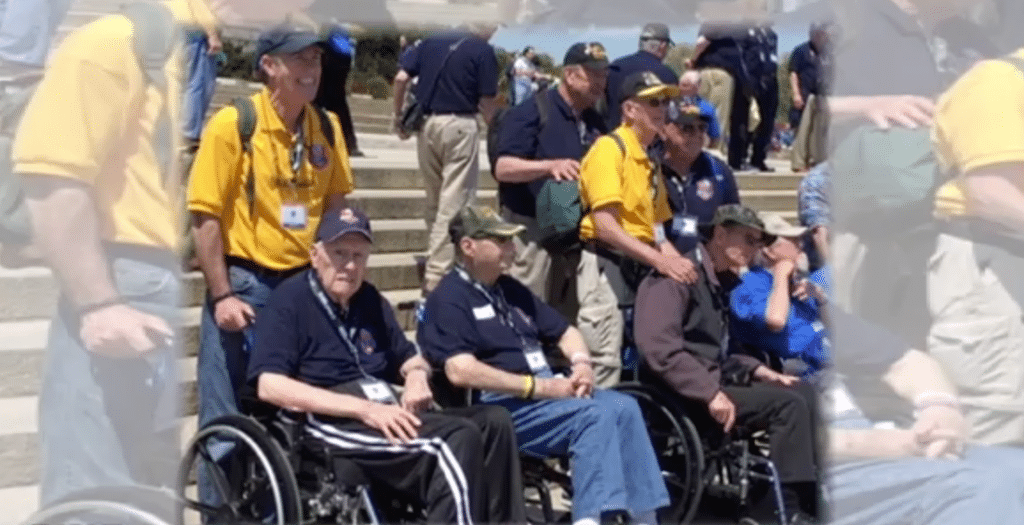 George on his Honor Flight trip to Washington D.C.

He knew it might be his last chance to visit the grave of his beloved wife, Alma.

He and Alma were both in the military. They married 56 years ago, and she passed away in 2007. 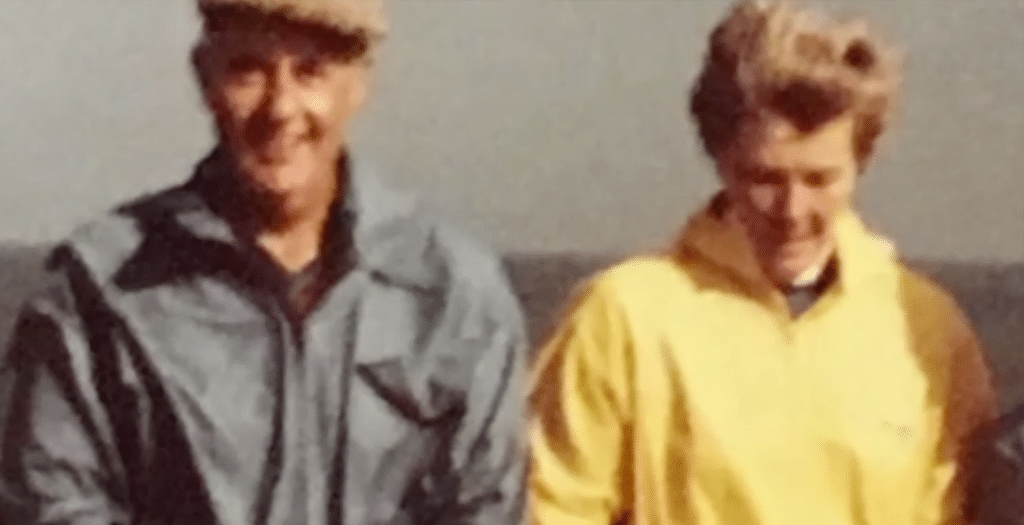 The volunteers from Honor Flight and an employee at the cemetery wanted to help George’s wish come true.

In their excited rush to get George to the section where Alma rests, they forgot to bring his wheelchair along in the car. Unable to make it by foot, the veteran humbly accepted that he would at least get close to Alma from a short distance.

“I just sort of gave up on the whole thing and thought I would have to visit her from that distance,” said Boone.

That’s when the kindness of the employee, who wanted to remain anonymous, overwhelmed him. He would carry George to the spot.

“I thought — carry me at my age, size and weight?” said Boone

Carefully carrying George on his back, the group made their way to Alma’s grave. George’s son documented what happened as George emotionally paid his respects to his wife at last.

An Arlington National Cemetery worker carried 96-year-old World War II veteran George Boone on his back so he could visit his wife’s gravesite https://t.co/2njy8fAQRA pic.twitter.com/FnwzYGdpWr

Boone was touched by the acts of kindness from the kind people that day:

“I would like him to know how greatly I appreciate what he did. His kindness was overwhelming.”

See the video from Fox 5 below: