94-Yr-Old Terrified When Stranger Breaks Into House, Then Realizes He Saved Her Life 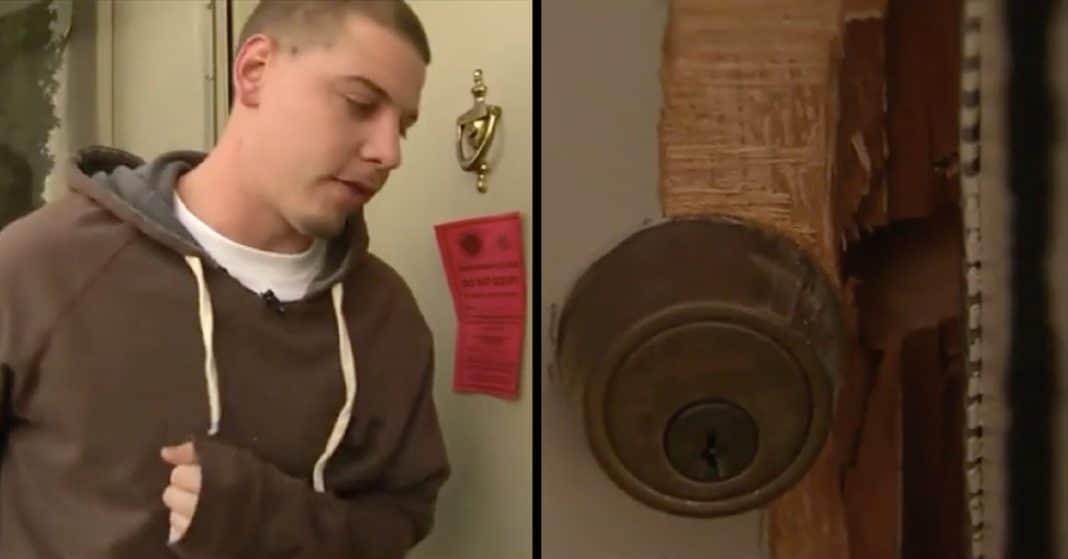 I know many older people who live alone. They have family and friends who routinely check in on them, but the rest of the time they are on their own.

Sometimes I worry, though. What if a friend or family member isn’t around at a crucial moment? Does the older person have reliable and trustworthy neighbors who will look out for them?

Thankfully, one 94-year-old widow is lucky enough to have many folks looking after her. She received the help she needed at the most critical of moments.

It was an ordinary work day for William Mackenzie. Or at least it started out normal. But not even William could predict what twist life would throw at him that Tuesday morning.

As he drove to work, William passed by the home of the 94-year-old retired schoolteacher. As he did, he noticed a “full-force fire” raging in her home.

He pulled up and joined other bystanders at the scene. That was when William learned the home was occupied.

Someone had called the fire department, but William knew they wouldn’t arrive in time to save the trapped woman.

“So I tried knocking fast and hard, trying to get her to come,” William said.

When the widow didn’t answer, William tried kicking the door open. He had to use his entire body to break it down. He called for her again. This time, she responded.

With the smoke and heat surrounding them, William guided the woman outside to safety.

“By the time we got out, [the fire] was up to the power lines — and took a power line down,” William recalled.

Since saving the widow’s life, William has been the recipient of great praise and admiration. But he doesn’t see himself as a hero – just a guy doing something necessary for someone else in need.

Indeed, William, you did.

It pays to have observant and kind neighbors. I’m sure this woman would agree!

Do you agree William is a hero? So share this!