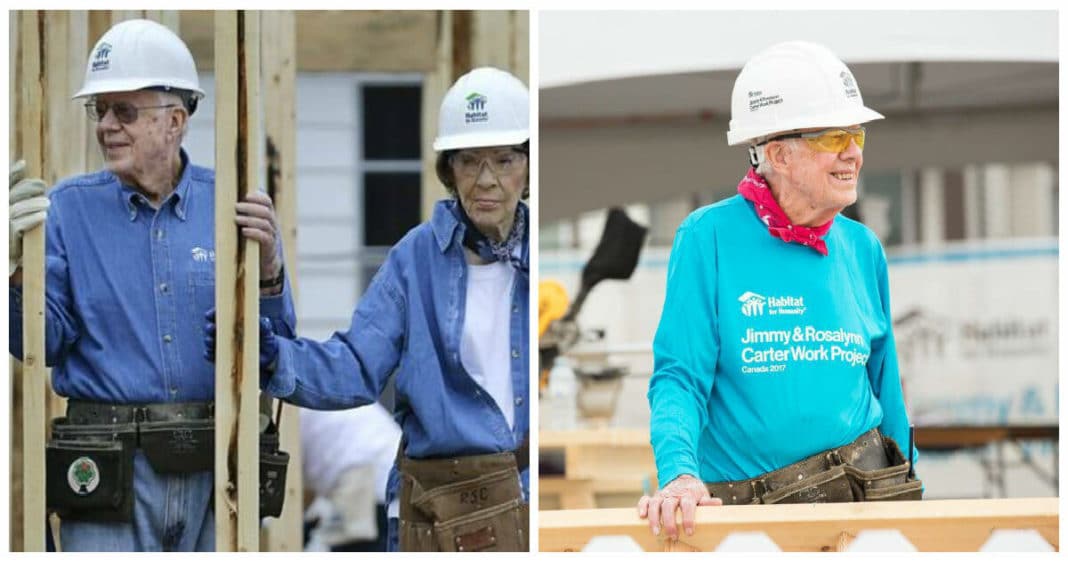 At 94-years-old, the 39th president, Jimmy Carter is a wonder, a man who despite holding the highest office in the land, prefers to live a modest life of service to others. Instead of seeking riches or thinking himself a “big shot,” he and former First Lady Rosalynn, 92, have committed themselves to Habitat for Humanity.

Together, they have helped build 4,300 homes in 14 countries since 1984. Now, even after suffering a broken hip and a bout with cancer on his liver and brain in 2015, President Carter is expected to resume construction in October in Nashville. After radiation, chemotherapy, and then hip surgery in May, he says he’s ready to go back to work. He’ll bring his own hammer and tool belt.

The couple may take part in building as many as 21 homes this fall.

A spokesman for Habitat for Humanity International confirmed the news to the Hill.

“There have been many times when people have tried to count President Carter out, and they have never been right,” Bryan Thomas, a representative for the nonprofit organization, said. “We are excited that they will both [be] back.”

Our Habitat Humanitarians are a group of volunteers who also serve as tireless champions, advocates and spokespeople to raise awareness of the need for decent, affordable shelter in the U.S. and around the world. #WorldHumanitarianDay – with #JimmyCarter, #RosalynnCarter, @garthbrooks, @trishayearwood, @MrSilverScott and @MrDrewScott

According to the report, “Garth Brooks and Trisha Yearwood, who have worked alongside the Carters for over a decade, will also volunteer during the build week.”

Danny Herron, president, and CEO of Habitat for Humanity of Greater Nashville remarked on Carter’s efforts:

“It is such an honor to host a former President of the United States and his wife, especially such a notable couple who have done so much humanitarian work on behalf of affordable homeownership, not just in the United States but around the world,” Herron said. “We are excited about the opportunity to work alongside the Carters, hundreds of volunteers who may be visiting Nashville for the first time, and all of the future homeowners.” 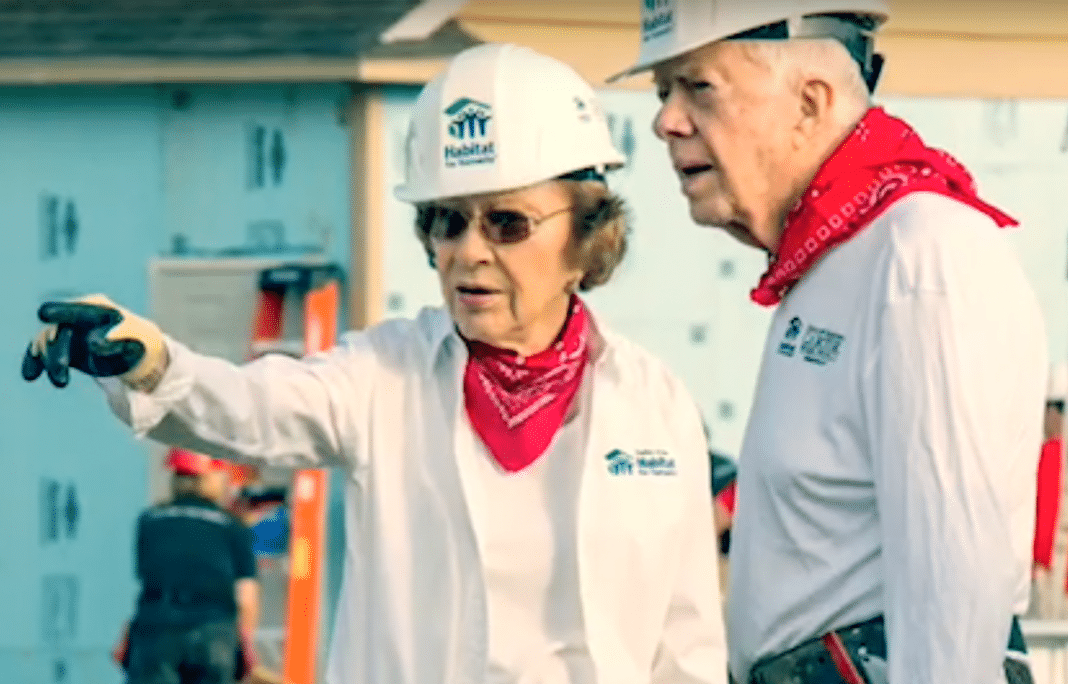 That makes 36 consecutive years that the Carters have worked hard to provide affordable homes to the less fortunate. They worked alongside more than 103,000 volunteers. What an inspiration for thousands!

Jonathan Reckford, CEO of Habitat for Humanity International, said the Carters will bring attention to the growing need for affordable housing.

“President and Mrs. Carter know the cause of affordable housing is only becoming more urgent, and so we are so grateful they will once again mobilize hundreds of hands and thousands more voices to this cause,” Reckford said.

Rather than retiring to a mansion following his presidency, President Carter returned to his humble beginnings and a one-story house in Plains, Georgia. The town is a tiny dot of farmland a mile in diameter with a population of about 700 people.

On every other Sunday morning, he teaches Sunday school at the Maranatha Baptist Church and has taught over 800 lessons since leaving the White House in 1981.

President Carter and his wife remain incredibly active. In fact, it was while he was preparing to go turkey hunting this past spring that he suffered his hip injury.

Today Cater is the longest-living U.S. president and what an hero he continues to be for all Americans.

More from 11Alive below: