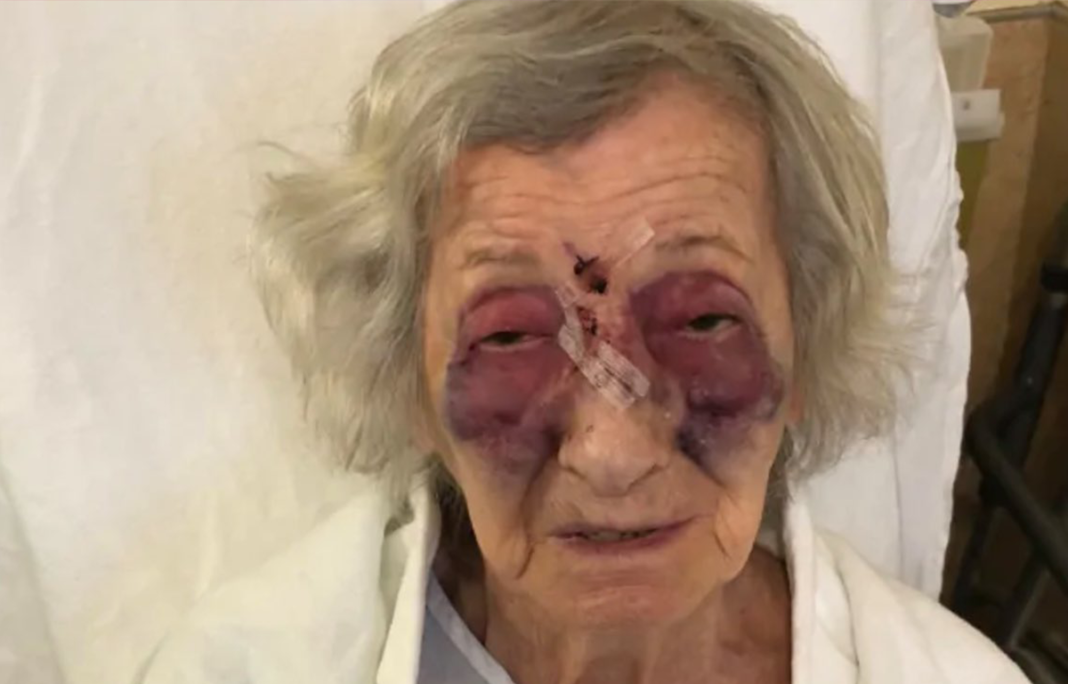 A 92-year-old Holocaust survivor decided she would arrange transportation to visit her daughter herself. She contacted a taxi service promoted as a safe, city-run transportation service for the disabled and the elderly in Canada. The taxi arrived at her Quebec home and she thought she would be on her way. Then she got a warning from the driver and would find herself in the hospital, beaten black and blue.

The date was November 11, 2018, and Hanka Fogelman began to sit down in the back seat of the cab when she says the driver gave her a serious warning about the man she would be sitting next to.

“The driver knew that he was aggressive … said not to talk to him.”

Fogelman got into the cab, wondering about the driver’s words. The man was sitting in the seat working on a crossword puzzle. He never spoke a word to Fogelman, but then soon after the car pulled off, he suddenly started to attack her.

“He started hitting me. Punching me,” she recalled.

“The blood started coming out from my nose. I didn’t know what to do.”

The taxi driver recalled that the man was unprovoked.

“The two hadn’t even spoken to each other before this happened. The young man had been writing quietly on a piece of paper, when he suddenly hit the client seated to his right, without any apparent reason.”

Fogelman was rushed to the hospital by ambulance, where she was treated for a broken nose and lacerations on her face. She was beaten black and blue. Meanwhile, Montreal police found the attacker continuing his crossword puzzle in the taxi, seemingly unaware that anything had happened. A police spokesperson said he would not be charged due to his intellectual disability.

'Driver knew he was aggressive': Senior beaten by another passenger while taking transit for elderly, disabledhttps://t.co/Tek9TKOyvk pic.twitter.com/rOUdMhEHWn

When Hanka Fogelman’s daughter, Debbie Rona, got the news of the attack, she flew from British Columbia to be by her mother’s side. She had a range of mixed emotions and wanted to know why her mother ended up in the cab with a violent man.

“I feel angry. I feel shocked,” Rona told Go Public. “I look at my mother and she’s so mentally aware, but there’s physical vulnerability there. Why was he even in the taxi?”

“Why would the taxi driver have sat my mother next to him and closed the door and started driving?” 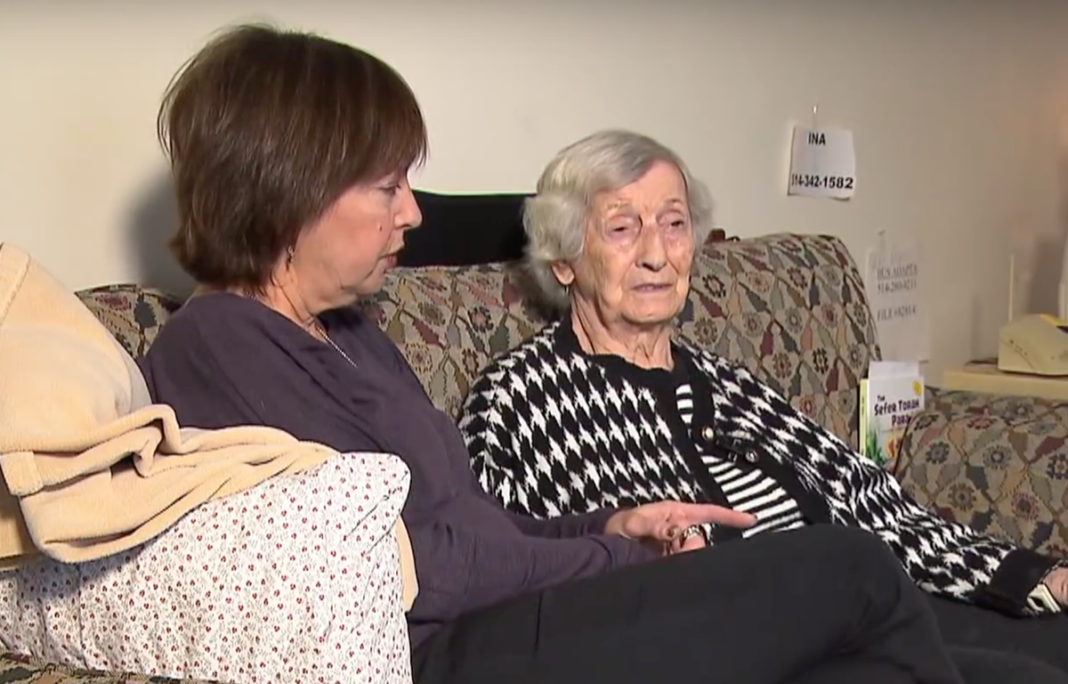 A shocking coincidence: This wasn’t the first time that Rona was anguished over a parent beaten inside a car. In 1986, Fogelman’s husband, Léon Besnos, 63, died shortly after he drove through a puddle that splashed a couple on the street. The man became enraged and opened Besnos’ car door and began to beat him. He drove away and suffered a heart attack which caused him to collide with two other cars. He passed away soon afterward at the hospital.

“After what happened to my dad, I became sick…. When I found out about my mother … I feel vulnerable,” Rona said. 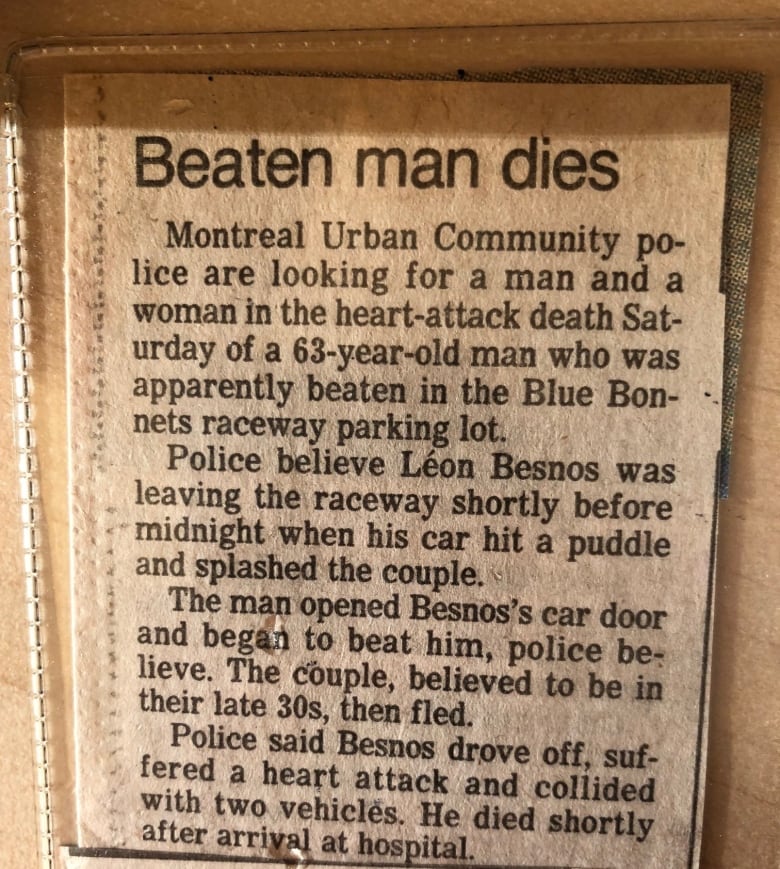 Responding to the story, a spokesperson for the cab service, Société de transport de Montréal (STM), claimed that the driver did not know the elderly passenger was at risk, even though Fogelman claimed he clearly warned her.

“We can assure you that at the time of the incident, nothing led us to believe that the customer was in danger by being paired with the other customer.”

“Some customers may be tempted to socialize with others who may exhibit disorganized behavior in certain situations. Most of our drivers frequently do this simply as a preventative measure.”

Regardless of the driver’s “preventative measure,” Fogleman is still not recovering fully, two months after the vicious attack.

“I’m still not feeling strong … it’s in my mind. You know, what I went through…”

“I’m thinking, why did it happen? You know. It shouldn’t have happened.”

Société de transport de Montréal (STM) is facing scrutiny from journalists and advocates for older Canadians. They hope to address the flaws in the policies for public transit services to keep potentially aggressive passengers from harming others like Hanka Fogelman in the future.

See more from CBC News: The National below: