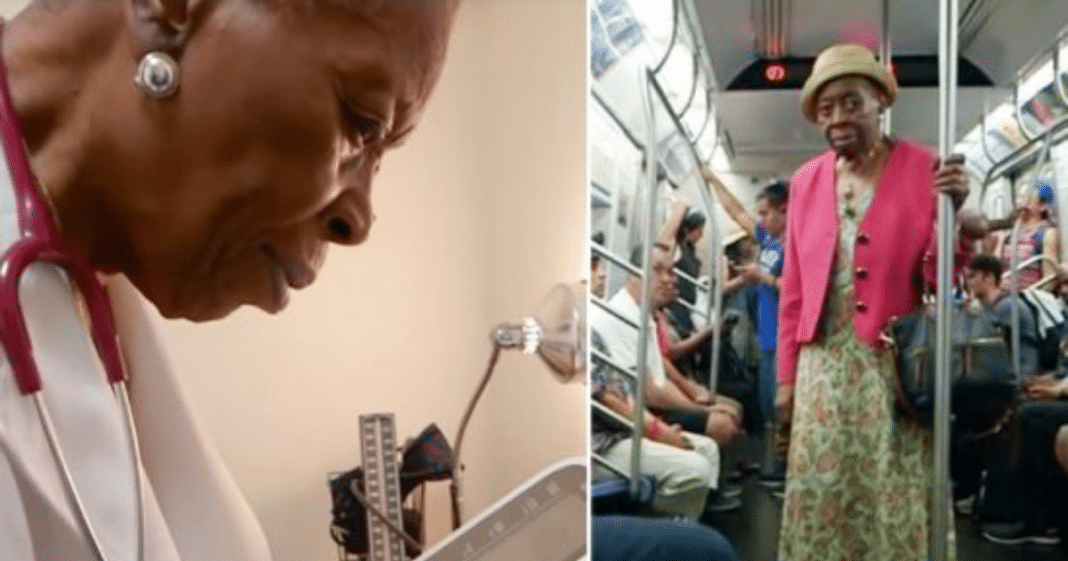 Meet Dr. Melissa Freeman. At age 92, Dr. Freeman routinely treats up to 200 patients at her private practice in Harlem, New York. Did we mention that she’s only been doing this for about 60 years! And the good doctor has no plans on stopping anytime soon.

In August 2012, under the direction of Rev. Barry R. Miller, I founded a kids choir at the Mt. Zion Baptist Church of…

What’s even more incredible, is that at her advanced age, she’s beaming with vitality and mental clarity. While other seniors her age are well retired, Dr. Freeman is treating people suffering from opioid addiction.

“Once addicted, it’s a very difficult problem to release,” she told Good Morning America host Robin Roberts in August 2018. “Tosee them straightening their lives up, it’s a very moving thing.”

Posted by A Louise Bonaparte on Friday, August 3, 2018

“As long as God gives you life and gives me strength, I’ll have to keep doing it, and he has been very, very merciful for me.”

Dr. Freeman’s incredible sense of purpose and duty to her patients is likely another reason why at age 92 she’s still going strong.

Plus, to get around the city, Dr. Freeman uses the subway.

“If I have to get somewhere and the subway is the best way to get there, I will board the subway and take it.”

Most of her patients would be surprised to know that Dr. Freeman is the granddaughter of a slave. Her grandfather and father never had many opportunities to get an education, which is why they are encouraged her to study hard.

“My father really emphasized the importance of an education,” said Freeman. “They all had this knowledge that their children needed to be educated. He didn’t talk much about it, but all of the children knew.”

"I've no plans to retire – I love what I do. Medicine is a fascinating field, and age is just a number!" Coming up shortly on Outlook on the @bbcworldservice, I meet the 92-year-old New York doctor who's grandparents were slaves. #inspiration #newyork #medicine #civilrights #life

Delving deeper into her history, Dr. Freeman shares how art and music lead her to her medical career.

“I knew I wasn’t going to be a musician. I took physiology in college and I liked science,” Freeman continued. “But how was I gonna afford an education in medicine? My father had just died, there were no funds so I didn’t know what to do.”

The best medicine – laughter. Today I had the privilege of interviewing 92 year old Dr. Melissa Freeman here in Harlem….

But where there was a will, Dr. Freeman found a way.

To study medicine, she had to juggle multiple jobs and night classes. Eventually, she did what many in her day would have thought to be impossible. She became one of the few black women to graduate from Howard University’s College of Medicine in 1955. And from there here career as a doctor flourished as she continues to make a positive impact on the many lives she touch.

When asked about retirement, Doctor Freeman replies, “Not that I can see in the near future, no.”

Dr. Freeman’s is an excellent example of how finding a way to serve others can reap boundless rewards both physically and spiritually.