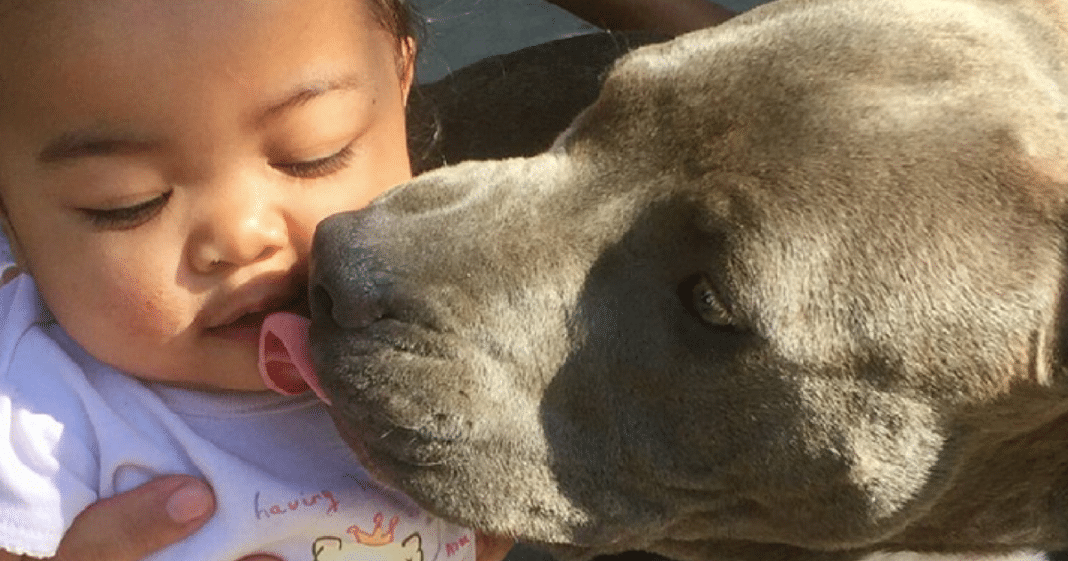 Pit bulls don’t have the best reputations. Some are die-hard supporters of this breed that is built to be tough. While others believe they’re killers. No matter what you think of these dogs with dense bodies and strong jaws, you can’t hate this 8-month-old pit bull named Sasha for saving the life of a 7-month-old baby when a fire broke out in her family’s home.

Sasha used her enormous strength and impressive chompers to drag a baby by its diaper off a bed. She wasn’t attempting to harm the child but save its life.

Nana Chaichanhda, Sasha’s owner and the mother of the child, was alerted to something wrong when Sasha began making noise. Nana went to the door to investigate. “I open it, and she runs in and starts barking at me like crazy, and I was like, ‘OK, this is weird. This is not like her.’”

Regrann from @sar_e_bear – ??BUT ALL PITTIES ARE AGGRESSIVE . MAYBE THE MADIE SHOULD PROMOTE MORE STORIES LIME THESE…

She then discovered the cause for concern. The fourplex where she lived with her baby and other relatives was on fire. Nana raced to her daughter’s room, but she soon learned Sasha had beaten her there.

“She had already had my baby by the diaper and was dragging her off the bed. I was like, ‘Oh my gosh, what are you doing?’”

The fire started early in the morning. Nana could’ve slept right through it. She would’ve died along with her child. Thank goodness for Sasha who warned them in time so everyone could escape. “It meant a lot,” Chaichanhda said. “I owe her everything. If it wasn’t for her, I would have still  been in bed, and things could have taken a worse turn.”

Sasha showed what an asset she is to the family. she’s still a puppy, and she had the insight to warn her owner about the fire and rush to save a baby one month younger than herself. Though they lost their possessions, they still have family. A GoFundMe page has been established to help them, but thankfully, they are able to stay with relatives nearby.