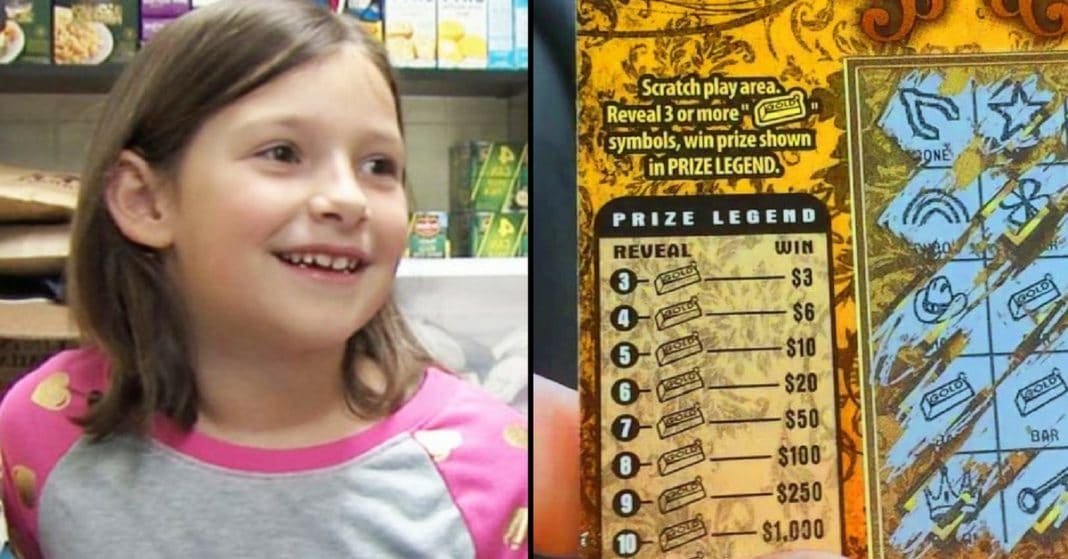 The holidays will officially be upon us in less than a month. For a lot of people, this is the craziest time of year. Maybe you haven’t started your shopping yet; perhaps you’ve gotten a few gifts wrapped. Or, if you’re really on the ball, you’ve checked every gift off your list.

This is the time of year when stories of people donating money, items, or food to help those in need are often shared. They’re always nice to read- they show us that during these days of strife and violence there are still people who care about others.

Phoebe Brown is a 7-year-old living in Independence, Missouri. One day, she was at her local Hy-Vee store with her mother when she picked up something from the floor that at first glance didn’t seem that remarkable.

That is a lot of money for a young girl to find. While most kids would probably want to cash it in and buy something for themselves, Phoebe’s first thoughts turned to others.

Phoebe’s school, Sycamore Elementary School, had sent out a flyer to parents that very same day about an upcoming Thanksgiving food drive. Instead of taking the money for herself, Phoebe decided to donate it to the food drive.

Joshua, Phoebe’s father, was pleasantly surprised that his daughter wanted to be so generous.

“You wonder if our kids these days if that’s how they’re thinking,” he said. “And this just goes to show you they are thinking that. And that’s a really good thing.”

The proud father decided to match his daughter’s donation. The Brown family went to Walmart and purchased canned goods for the food drive. Phoebe and her classmates donated a total of 541 items!

Joshua said his family has been in need before and their friends and family came to their aid. Now it’s their turn to give back.

“There have been times where I’ve been out of work, and we had nowhere to stay, and our family’s taken us in and helped us out,” he said. “We’re thankful for our friends and our family.”

Phoebe may only be 7, but she obviously remembers those terrible times her family experienced and it has helped her develop a compassionate and generous heart. This is true empathy.

We are so proud of this young girl and her willingness to sacrifice her own wants for those in need!

Are you proud of what Phoebe did with the money she found? So share this!