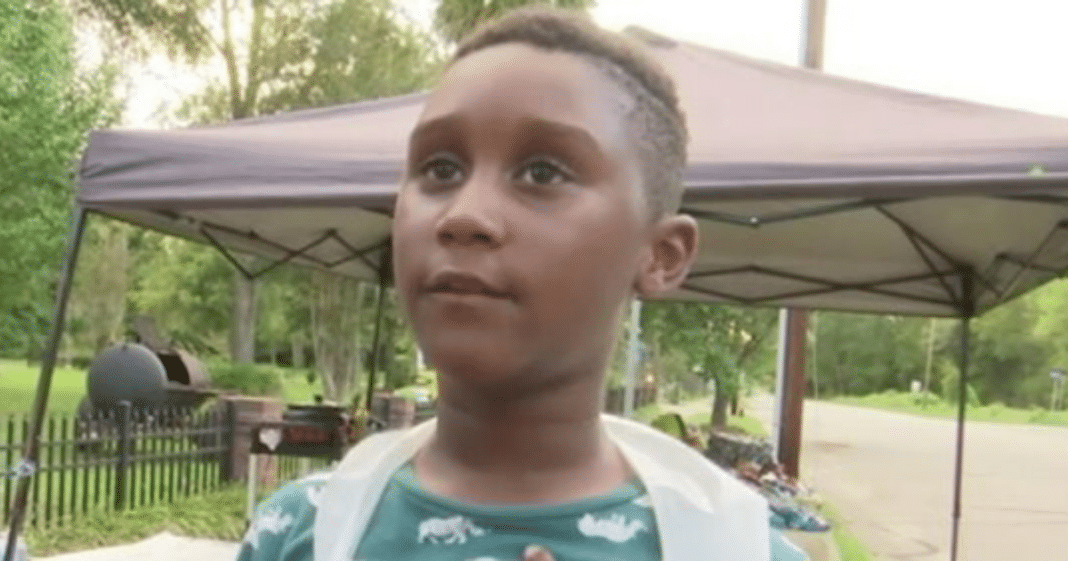 A heroic six-year-old boy is being praised for giving up his dream birthday party to help feed and comfort people in need whose lives were divested as a result of Hurricane Dorian.

Jermaine Bell from Allendale, South Carolina will turn seven this weekend. But while he was saving up money for a trip to Disney World in Florida, he watched on his local news images of folks evacuating their homes as Hurricane Dorian quickly approaches. That’s when he decided that his Disney money could be put to better use.

As South Carolina is in the path of this potentially devastating hurricane, Jermaine used his money to buy food like hot dogs, chips, and water — feeding over 100 evacuees in the process. 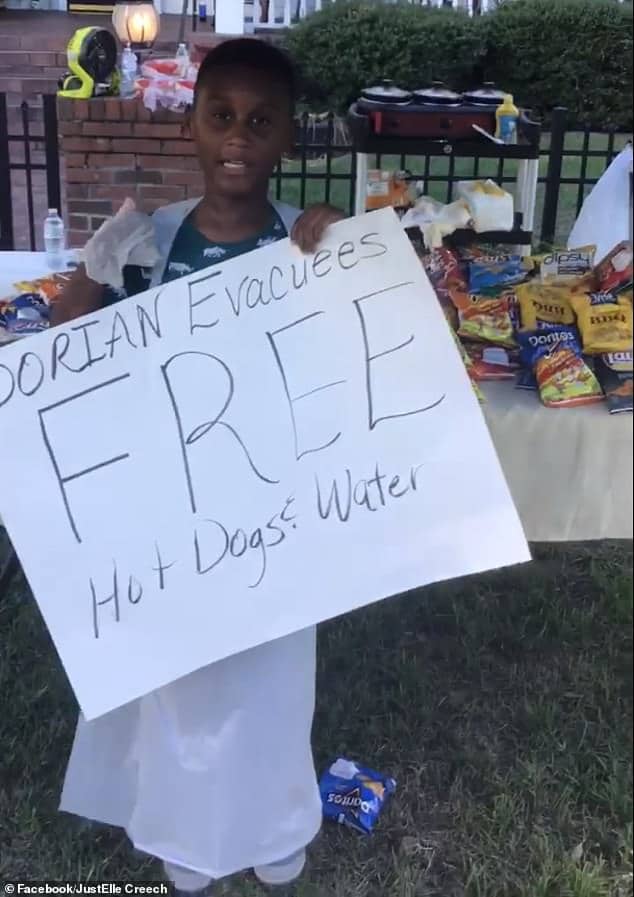 This big-hearted grade-schooler also stood alongside Highway 125 holding a pair of handwritten signs advertising his offerings to those in the process of evacuating their homes.

‘The people that are traveling to go to places, I wanted them to have some food to eat, so they can enjoy the ride to the place that they’re going to stay at,’ he told WJBF of the people heading north and inland to seek relief.

‘I wanted to be generous and live to give,’ he added.

Jermaine’s grandmother, Aretha Grant, told the outlet that the child is also praying with and for these families and has discovered a newfound understanding of just how fortunate he is.

‘He actually even prayed for a family while they were here in reference to their house being okay when they got back, so that was really tear dropping,’ she revealed.

‘They weren’t able to take everything. So just knowing that they couldn’t take everything and we were able to have a house, so that’s the blessed part that he should be thankful for and get out of it.’ she said. 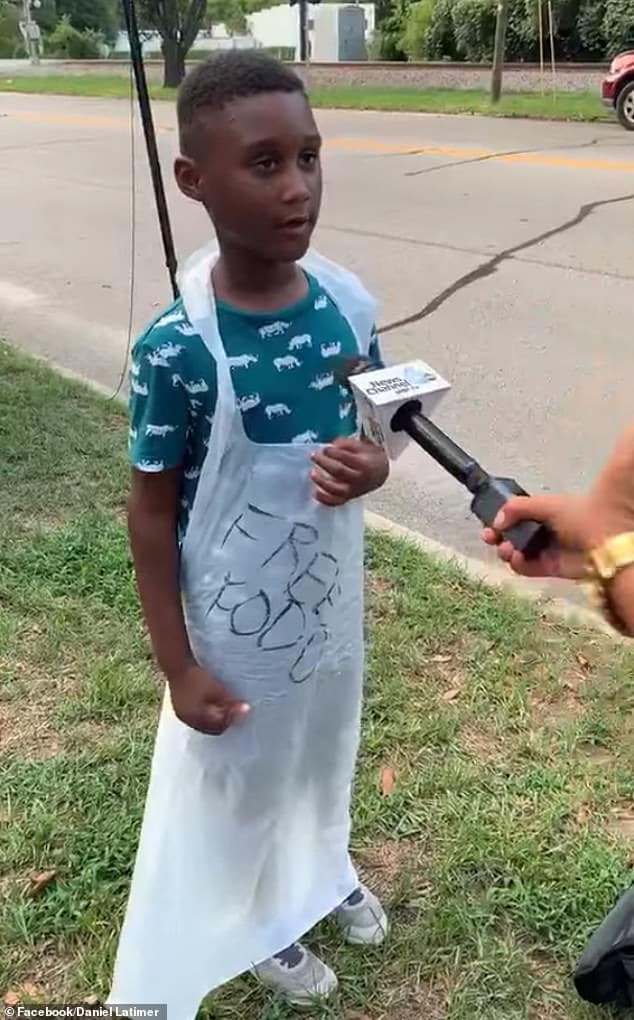 Grant says she wants her grandson to see how blessed he is to be able to bless evacuees during these difficult times. 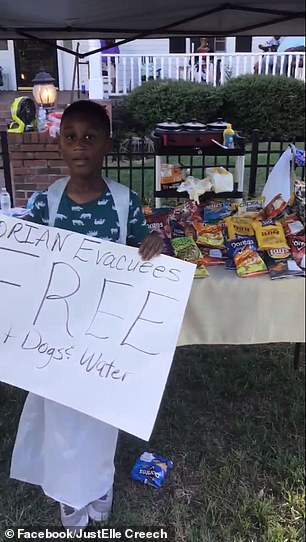 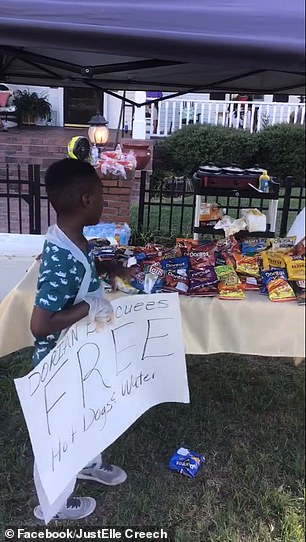 The first-grader drew lots of praise on Facebook, where his mom Lauren shared a touching video of her son helping out.

‘Awesome and he’s going to be blessed, abundantly blessed,’ a user said.

‘What an inspiration,’ said another while others said that he was ‘so thoughtful’.

A family friend also shared Jermaine’s story and described him as “a smart, funny, intelligent and well mannered young man.”

‘When I first saw this article it did give me joy but I was not surprised because that is who he is. A little boy so full of love and joy for everyone. I already know that this young man already has a bright future and may his ladder always exceed his climb,’ Facebook member Tommie Amaker said. 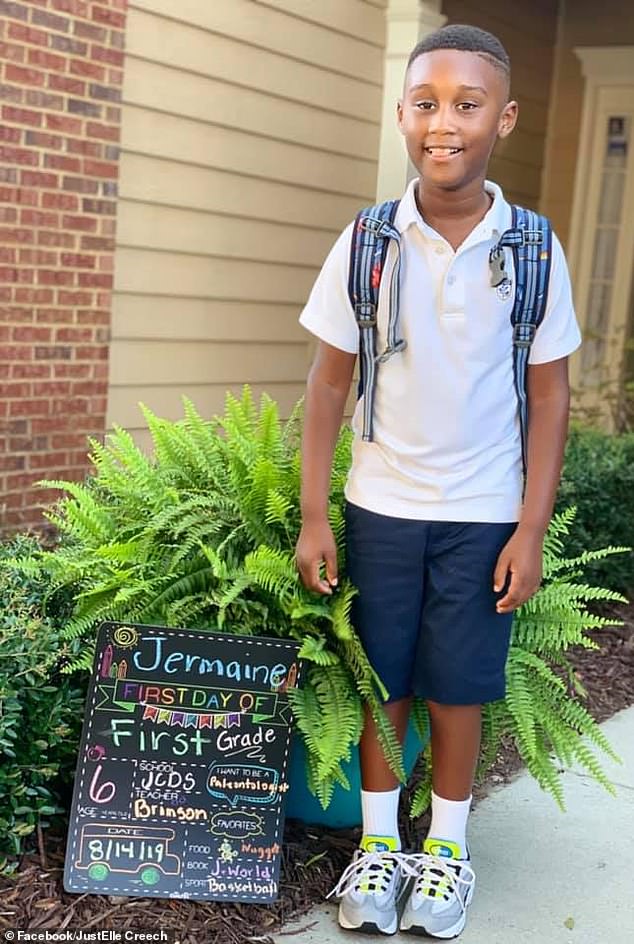 ‘This story is now making the rounds down here in Central Florida. What an amazing young man! I am actually a Disney Cast Member, and would be happy to help Jermaine out with some free passes to the park.

Local pastor Daniel Latimer shared a behind the scenes video of the act and said, ‘I am super proud of one of my young members. He decided to give some of his birthday money to serve and give to evacuees [who are] leaving the hurricane areas.

‘I love that my church is a church that gives to the community but I’m extra excited that our youth are givers too.’

As for Disney World, since the theme park is in coastal Florida, it is also in the path of Hurricane Dorrian. So it was forced to close a few parks as early as yesterday in anticipation of the hurricane.

Meanwhile, many restaurants, stores, and other businesses have boarded up their windows with wood and corrugated metal in Charleston’s central area. And around 830,000 people are now under mandatory evacuation orders on the South Carolina coast.

Over 400 people were staying in state-operated shelters across the state, and more are expected to arrive throughout the week.

Please be sure to share this young man’s inspirational story and pray for those living through this terrible experience.