50-year-old grandma has no idea she’s pregnant – gives birth to a baby boy! 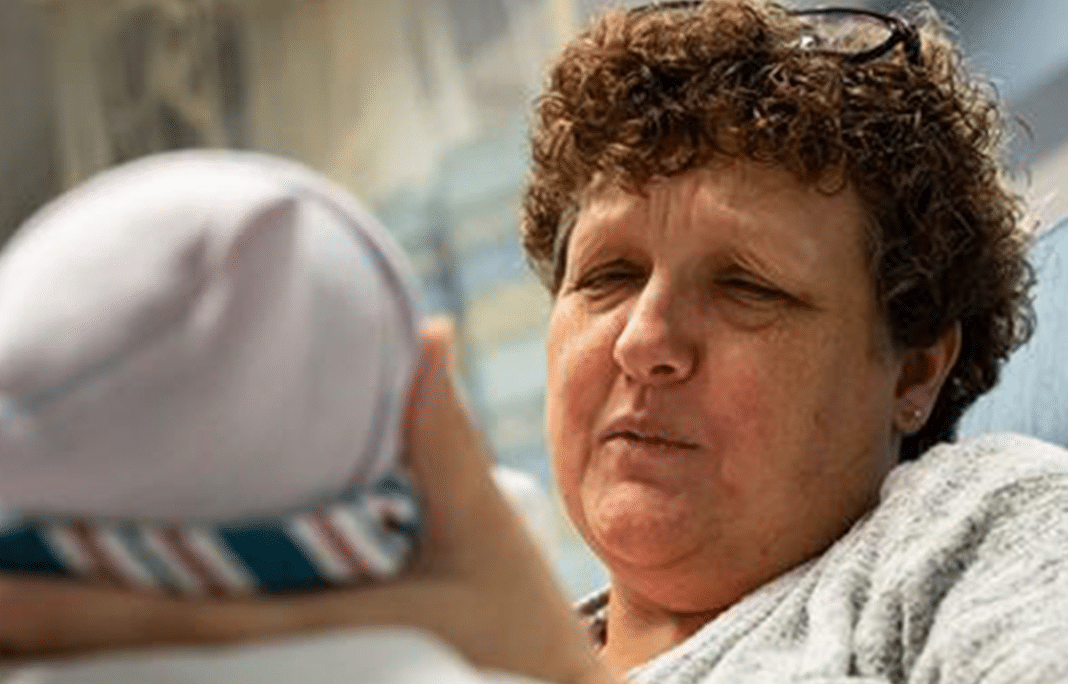 Michele Hall, 50, and her husband Jerry, 47, were at the stage in their life when they thought about going on a cruise and traveling. The couple moved from Pennsylvania to Naples Florida with their 14-year-old daughter after falling in love with the place. Michele had raised three children to adulthood and is a grandmother of two. The thought never occurred to them that would have a baby.

Hall was told by two doctors that she was menopausal and that it would be next to impossible for her to become pregnant. But they didn’t exactly say it was impossible, now did they?

A year after hearing she was in menopause, something gave the grandmother a sneaking suspicion that the doctors were wrong.

She had chalked up the aches and pains she was experiencing to menopause or to lupus, which she had for ten years. Hall never had morning sickness or weight gain, but something didn’t feel right. She bought a pregnancy test and was astounded to see a positive result.

She had not had a period for more than a year. What she and the doctors didn’t know was that part of that time it was due to a baby boy secretly growing inside her. Naples Daily News called it the “Surprise of the (half) century.”

“Everyone was in shock,” said Hall.

“So in shock,” said their daughter, Aubrey.

On October 8, 2018, she learned she was pregant, and she and her husband’s retirement plans were about to change abruptly. The pregnancy was already 26 weeks along. They had only two months to get ready for a new unplanned chapter of their life.

“It does make me feel young, though,” her father quipped.

“Not me,” said Michele Hall, laughing. “I don’t feel so young right now.”

The new mom said she used to make fun of the women on the TV show, “I Didn’t Know I Was Pregnant.” She wondered how the women on the show didn’t realize, but now she understood all too well.

“I used to call bull on that until it happened to me.”

When Hall went in public, she felt self-conscious about how she looked.

“A lot of older people would look at me and do a double take because they were probably trying to figure out if I was as old as they thought I was,” she said.

The next two months would be incredibly intense, as she regularly saw doctors. Her pregnancy was high-risk due to her age and health problems. That’s why doctors decided to deliver the baby early by C-section. Hall had never had surgery before and was worried, but if she didn’t go through with it, she and the baby could be at risk for serious health issues like cardiac problems or seizures.

On the date of delivery, they discovered the baby was two weeks younger than they had predicted at 34 to 35 weeks. The infant would have to stay in the NICU for 12 long days before he would finally be ready to see his mom.

They named the baby Grayson, changing their chosen female name, Grace slightly. He was 6 pounds and 19 inches long.

Their oldest kid is 34-years-old and now… she has a new baby! ??https://t.co/kyINOJLok6

The proud parents waited anxiously to see their baby for days on end. Then when they finally got the okay, they spent New Year’s Eve at the NICU to celebrate with Grayson.

Finally, Grayson went home on January 7, and the family began adjusting to a brand new life as parents of a new healthy baby.

The Naples Daily News reports that Michele Hall won’t be having any other kids. This time she made sure, having her fallopian tubes removed at the time of her C-section.

“‘I’m 100 percent sure I’m not having any more kids,’ she said, even though she’s so grateful for her miracle baby.”

Hall was the oldest pregnant patient that her OB-GYN had seen in 30 years of practice. Only one other woman aged higher at 53, had given birth in the last ten years at the Naples hospital system where Grayson was born.

See the video from Naples Daily News below: