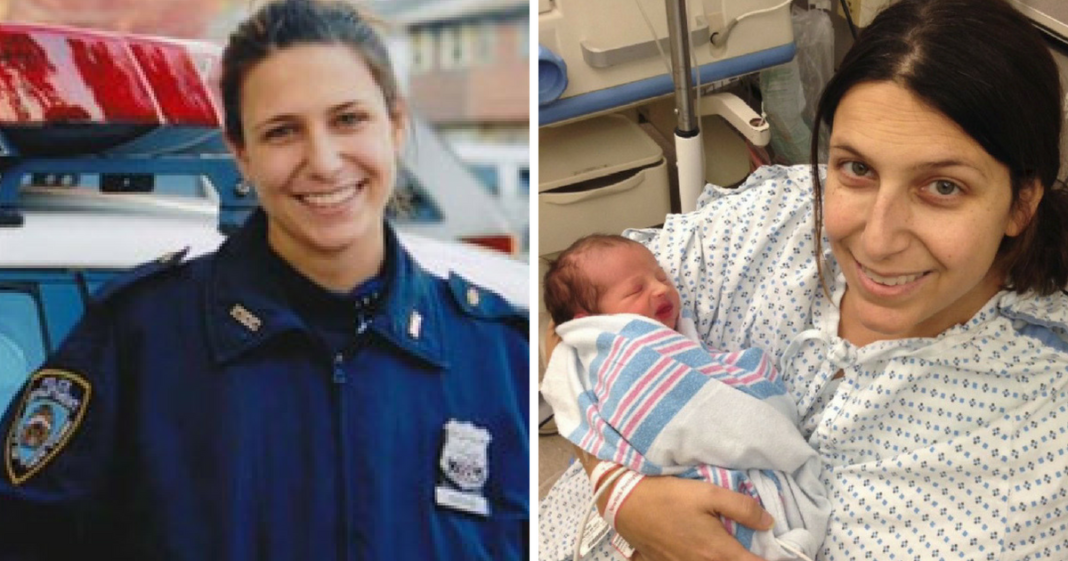 Those who braved the deadly and dangerous conditions at ground zero after 911 are still suffering after-effects of that horrific, terrible time in our country’s history. First responders, police, and firefighters were the first to plunge headlong into the chaos. Nearly 17 years later, people are still experiencing loss stemming from those events.

Kelly Korchak wanted to be a teacher. She was smart, kind, and observant. But when she couldn’t find work in that field, her father offered some sage advice: Why not take the police exam.

Being the savvy lady she was, Kelly followed Dad’s advice. She passed, taking to police work as if she were made for it.

“She took to it, and she had good instincts,” Denise Korchak, her mother, said. “She was good at reading people. She was meant to be a cop.”

It is with great sadness that we learned of the passing of P.O. Kelly Christine Korchak (wife of Det Steven Attarian…

Kelly was at twin towers when it fell. She spent two weeks at ground zero. Her intelligence and keen eye helped her join an evidence collection team. She received several officer of the month awards for cracking several cases.

“She loved it,” her husband, Steve Attarian, said. “She was very meticulous. If there was evidence, she would find it. She liked getting the perp for the victims and their families.”

She was also a dedicated family member. Kelly was an accomplished baker. She was the loudest member of the cheering section at sporting events for her nieces and nephews.

“She made something for everyone,” her sister said. “She baked for others, to make them happy. She never let it affect her personality.”

Kelly’s life was sent into a tailspin in October of 2016. She returned home after a shift and noticed one of her legs were swollen. She learned she had not one but two blood clots. One of them had already ruptured.

If this news wasn’t terrible enough, things were going to get much worse for her. Doctors discovered Kelly’s lungs were peppered with cancer.

Attarian recalls the moment they found out.

“The four doctors came in and formed a circle of doom around her,” he said. “They said, ‘You have spots all over your lungs.’ It looked like someone shot her lungs with a paintball gun.”

Kelly was pregnant. She opted for a treatment that wouldn’t harm her unborn child.

Kelly had Luke Harrison Attarian in October. She began chemo treatment two months later. However, in March 2017, she learned the cancer was spreading. Kelly lost her fight on June 10, 2017. She was only 38-years-old.

"My wife was tough as nails. She was my hero."

“She asked the doctor to just give her a year,” Attarian said. “She never got to be a mother to him. She would always say, ‘I’m going to get better for him.’

“She went through hell, but I thought she would beat it,” he said. “My wife was tough as nails. She was my hero…”

A tribute was paid to Kelly and her service on social media shortly after her death. “It is with great sadness that we learned of the passing of P.O. Kelly Christine Korchak (wife of  Det Steven Attarian Emergency Service Truck 6) on Saturday, June 10, 2017, at Staten Island  University Hospital North. The cause, 9/11 related cancer, was diagnosed while she was pregnant. Kelly opted to complete the pregnancy and forego aggressive treatments. Kelly was 38 years old and had just given birth to her son, Luke Harrison Attarian, eight months ago. She was a tough, dedicated  NYPD officer who never shied away from the demands of the job – whether on patrol or at the Staten Island Landfill. A hero remembered never dies. RIP dear Kelly. We promise to NEVER FORGET.”

Though her family is grieving her loss, they have so many memories of Kelly to hold on to and share with her son. She accomplished so much in her short life. They’ll have stories to tell for years to come.