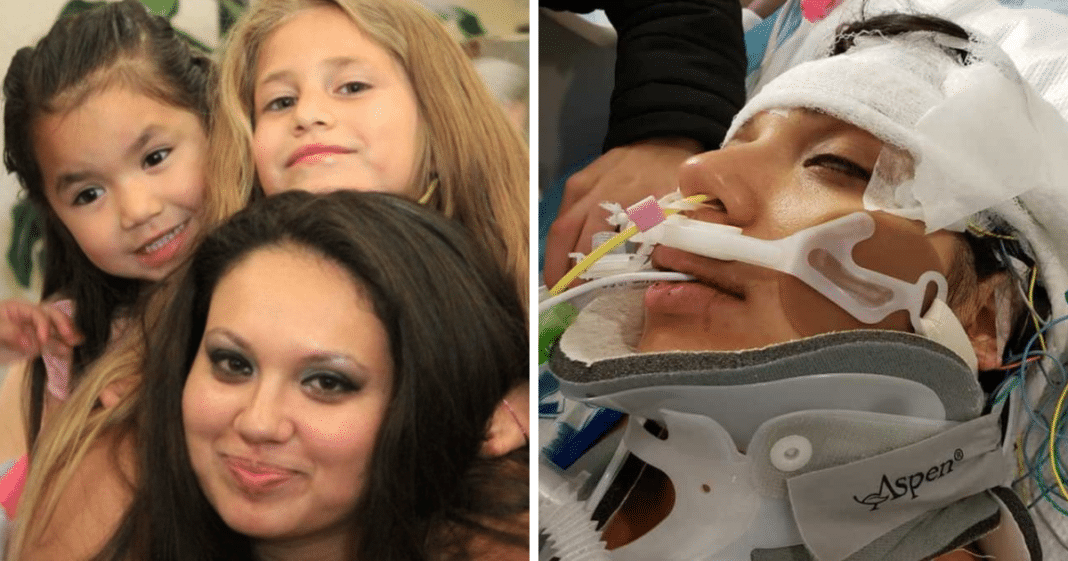 Jessica Nicole Alva, 35 was a Native American loving mother of six from San Francisco’s Bayview. During her life, she worked for an organization to help Native Americas get back on their feet after going through a recovery program herself. She served as a mentor for people struggling with addiction and a wide variety of issues in their lives.

Police arrived at her home on April 2 at 6:30 a.m., responding to what they believed to be a suicide, an “apparent hanging.” They discovered Jessica’s unconscious body. Four days later, she passed away after severe brain damage and complications in the hospital. Her death was preliminarily ruled a suicide.

While Jessica laid in a coma, her mother Cindy Wolfe photographed cuts and bruises on her arms, knees, hands, a trickle of dried blood from her mouth, viewable on the alternative news website The Daily Haze.

Jessica Nicole Alva was turning her life around. Then her boyfriend was released from prison and things took a turn. She was found dead of an apparent hanging at home. But her family doesn’t believe it was suicidehttps://t.co/5ByPKNoVxc

The young mother’s family, including her brother, Anthony Alva, came forward to demand the police investigate what happened as alleged murder by her boyfriend, who was recently released from prison. Anthony Alva claims police failed to contact him for three days after the incident.

Anthony found Jessica’s journal, with an entry that made him suspect foul play. She had written about starting a new future and discussing what came next with her children.

According to a GoFundMe Anthony created for his sister:

“Sometimes, the right decision can cost you everything. The last entry in her journal was a to-do list and the last line was:
“talk to kids about our future…'” 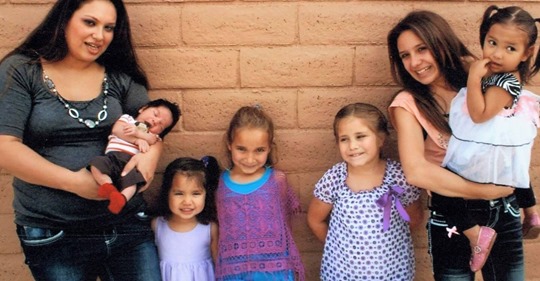 Jessica Nicole Alva with her kids via GoFundMe

“She had worked so hard and in a matter of less than three months somebody came into her life and destroyed it,” he said. “She was going to try to make a change. She was trying to get out of it. Clayton wasn’t going to have that.”

Clayton Rhoades was released from state prison in January and moved in with Jessica, according to the San Francisco Examiner. He told the paper that “Alva died by suicide but declined to say what happened.”

Rhoades claimed to be interviewed twice by police and was taken to the County Jail for a parole violation on April 8 but later released due to capacity issues at San Francisco County Jail, according to a document filed by the Superior Court of Shasta County.

According to El Tecolote, Rhoades “spent six years in prison for stealing a car at gunpoint and headbutting a police officer in 2013.”

At the end of a phone call with the newspaper, Rhoades inexplicably said:

He clarified, “I always wanted to say that,” then explaining he watched “too many movies.”

“She was not allowed to call or go out with anybody alone, according to her brother. Her family feared that she was trapped in an abusive relationship.”

Anthony says the investigation was botched.

“He obviously abused my sister,” Anthony said about Rhoades, saying she had large bruises all over her while in the hospital. “Even if the police have their suspicions or questions about the homicide charges … to not do a proper investigation from the beginning is ridiculous.”

Alva’s family went to the Board of Supervisors to call for a full investigation. An official with Indigenous heritage, Supervisor Vallie Brown called on the District Attorney’s Office to investigate, the office reported that the medical examiner has preliminarily ruled it a suicide. The medical examiner was still determining the cause and manner of death.

After Jessica’s family posted on social media and said her death was due to domestic violence, the Special Victims Unit began an investigation.

Anthony says he smelled bleach when he visited Jessica’s apartment to get clothes for the three children she had in her care. He claims that police failed to get Rhoades full name on the scene of the incident and thus didn’t know about his criminal history initially. Anthony also claims that Rhoades and his friends were allowed to remain in the apartment when the police left instead of designating a crime scene.

He fears that critical evidence is gone and the true story of what took place will not be told.

Jessica’s sister remembered her as a compassionate soul.

“She’s the most loving person you could imagine,” Marlena Alva, Jessica’s sister, said. “My sister always wanted to be tougher and meaner than her other sisters, but the truth is we wanted to have more heart, gracefulness, compassion and love like her.”

“As a single mother myself, I know the struggles that she represented. She did represent some stigmas. She was in recovery,” Gali said. “So I think that’s what the police saw, and they weren’t willing to conduct a full investigation based on these disparities. I also want to add that the third leading cause of death with in Native American women is murder. As much as this hurts this is not uncommon.”

In our April 25 issue, we cover the death of Jessica Nicole Alva. Her death is a grim reminder of the violence many Native women face and how their deaths go largely ignored, underreported and under investigated. Cover illustration @smugmorenita: https://t.co/8UIMK0bCjd pic.twitter.com/hqb6fTpEsy

Local indigenous advocates held a prayer vigil on April 13 at the footsteps of the Hall of Justice, calling for justice for Jessica Nicole Alva.

Clayton Rhoades has denied all accusations.

A GoFundMe page was created by Anthony Alva to help raise money to support the children’s education and his sister’s medical bills.

This illustration by @smugmorenita honors the life of Jessica Nicole Alva and will be featured on the cover of the most recent issue of @elteco.

Jessica is one of many Native women whose deaths have gone largely ignored, underreported and under investigated. pic.twitter.com/Ep1RyCTUUe

The page notes her many accomplishments:

“Jessica was a fighter and she never knew when to give up. She did this with all aspects of her life. She fought for the many causes that she believed in; Save the Planet, Native American Rights, Woman’s Rights, Justice System reform; etc. She was at events that brought the community together and when she believed that justice was not moving in a direction she supported, she made her voice heard. She worked at the Friendship House providing support for participants in the program to overcome their addictions. She worked with people of all walks of life, from the homeless drug addicts, all the way to San Francisco’s Mayor London Breed.”

Nearly 6,000 Indigenous women and girls were reported missing in 2016, and murder is the 3rd leading cause of death for Native Women.

Indigenous runner Jordan Daniel of the Lakota Nation used her platform to advocate for Missing and Murdered Indigenous Woman (MMIW). At the Boston marathon, she included Jessica as one of the 26 names that she ran for, one name for each mile of the race. Daniel ran with a red handprint painted over her mouth, symbolizing the silent voices of the “stolen sisters.”

“With every mile that I hit…I just said a prayer and hoping that there is justice for her, for her family, and for the communities that are involved,” said Daniel.