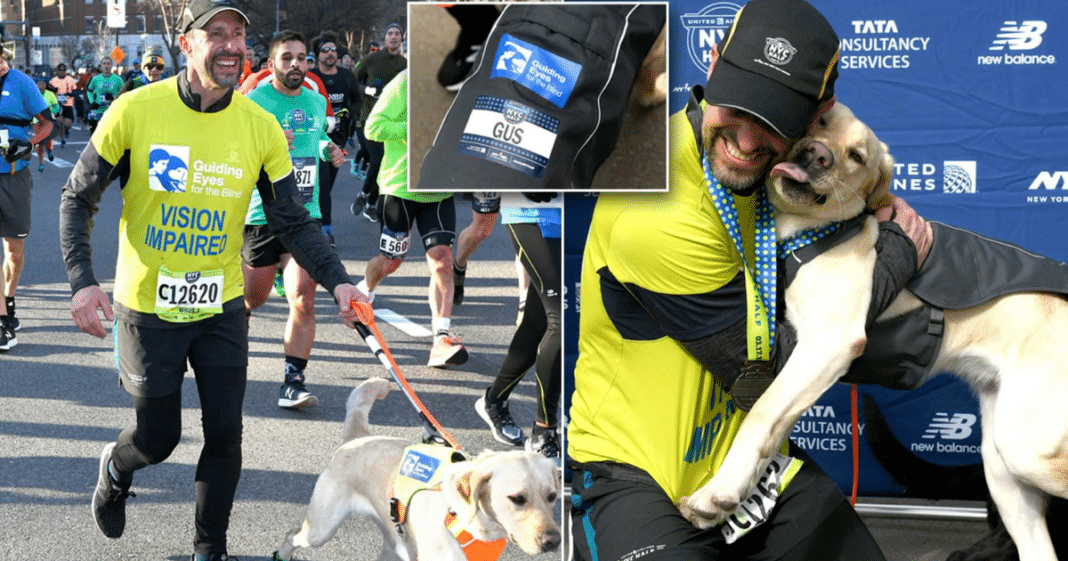 A blind marathon runner, assisted by a relay team of three guide dogs, was able to make history on Sunday after completing the 2019 United Airlines New York City Half Marathon without any human assistance. 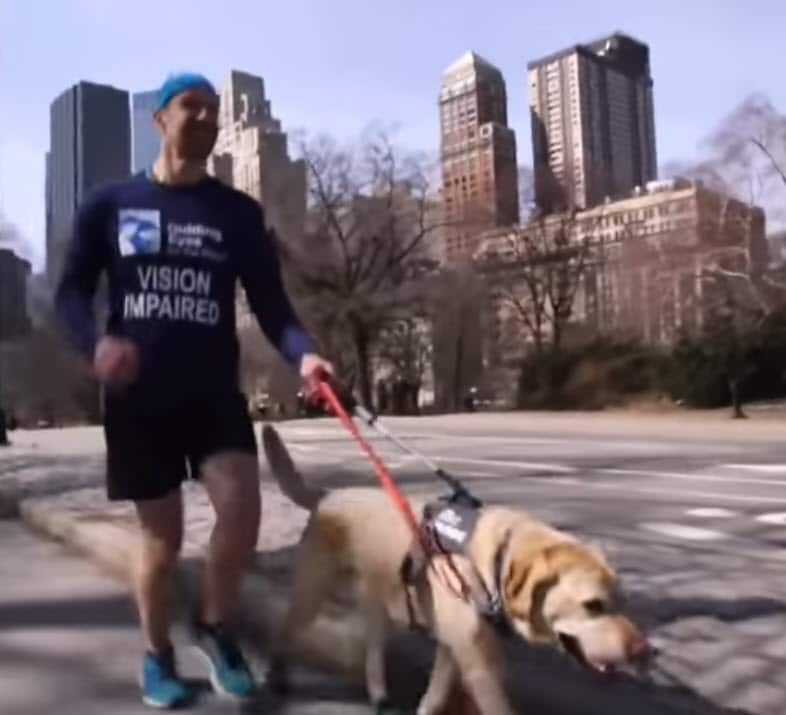 According to the Charity and the website of the New York Runners running club, Thomas Panek, 48, ran the race with three Labrador retrievers, Waffles, Westley, and Gus. 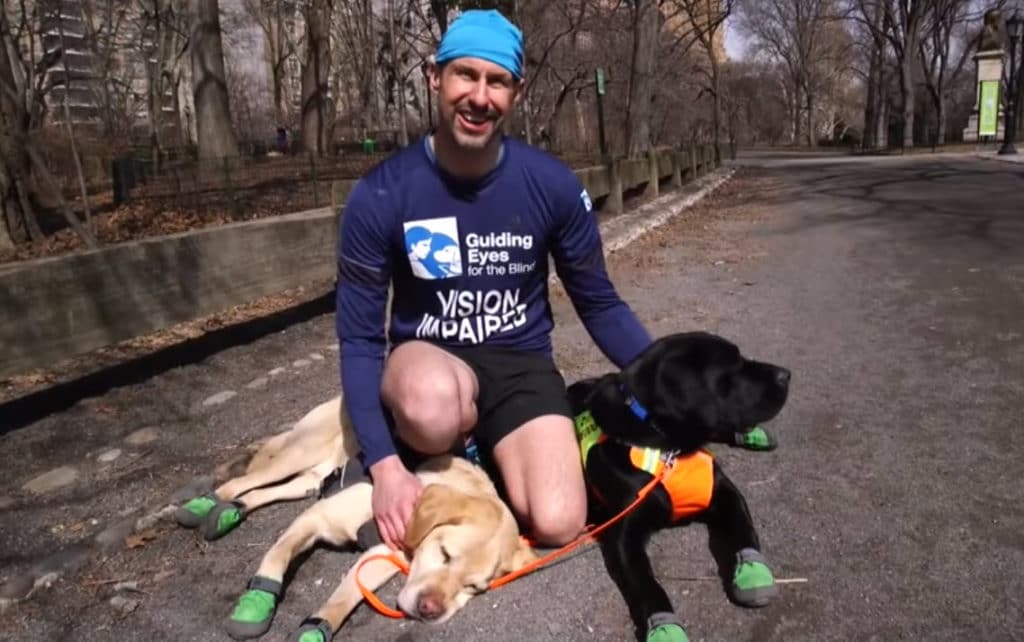 He managed to finish the 13.1-mile race just under two-and-a-half hours, according to the club. 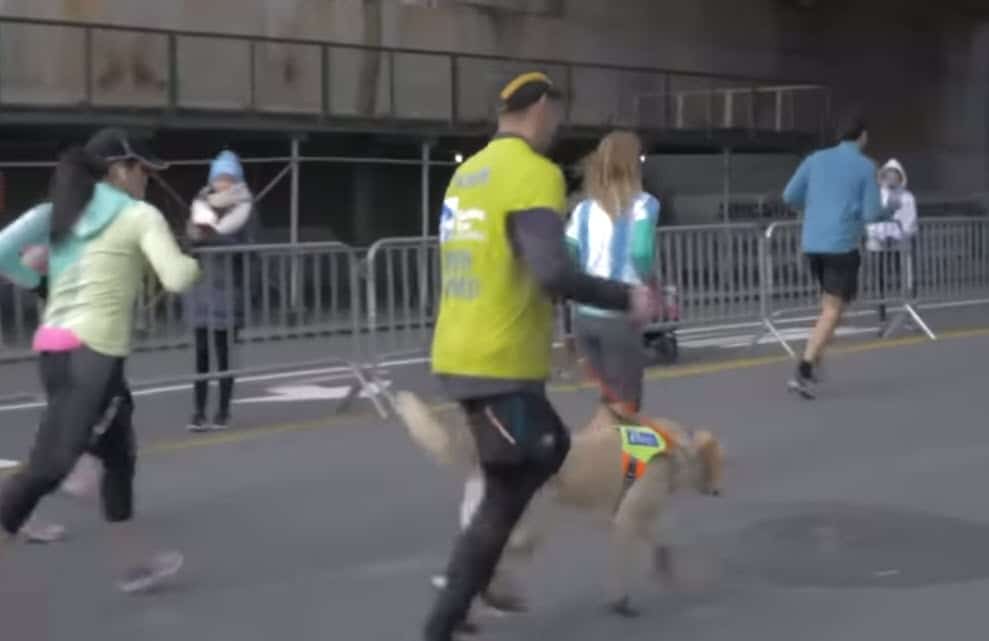 The club also reports that each dog took turns running three to five miles each, and Panek’s pace average about 10.5 minutes per mile. 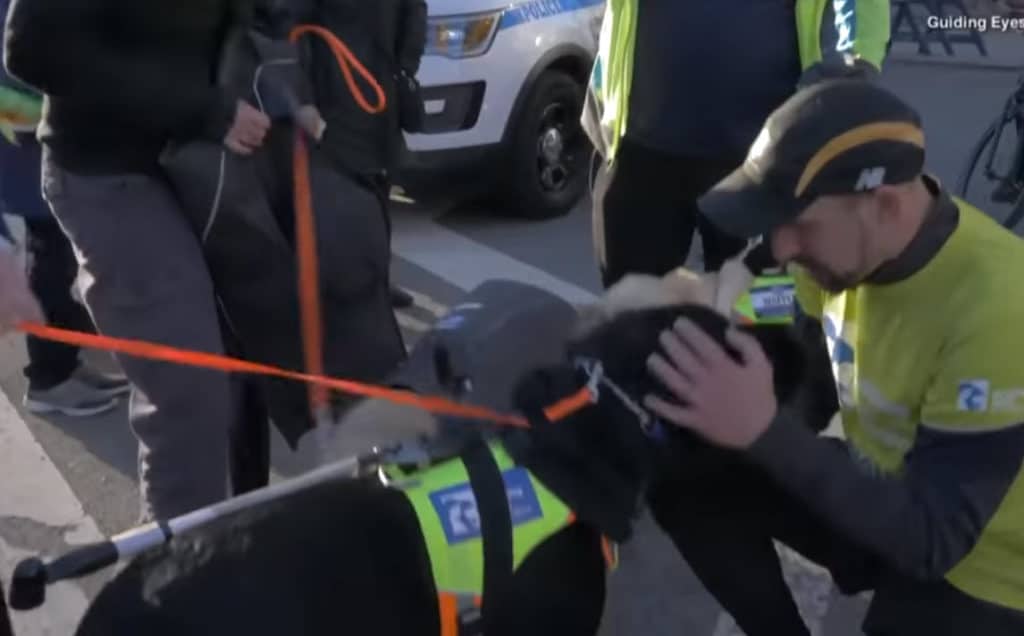 During his early 20s, Panek lost his sight, according to CNN News and other media.

He’s previously finished about 20 races with the help of human guides.

‘When I lost my sight I was too scared to run,’ he told CBS News, which added that after he adjusted to being blind, he ran again, but only with a fellow runner.

‘Although many people run with running clubs, at the end of the day you’re running your own race,’ he told the network. ‘And when you’re tied to another person, it’s no longer your race. The independence isn’t there.

Following the race, Guiding Eyes posted a photo on Twitter showing Panek with a big smile while hugging his dog Gus, both runners wearing marathon medals around their necks. 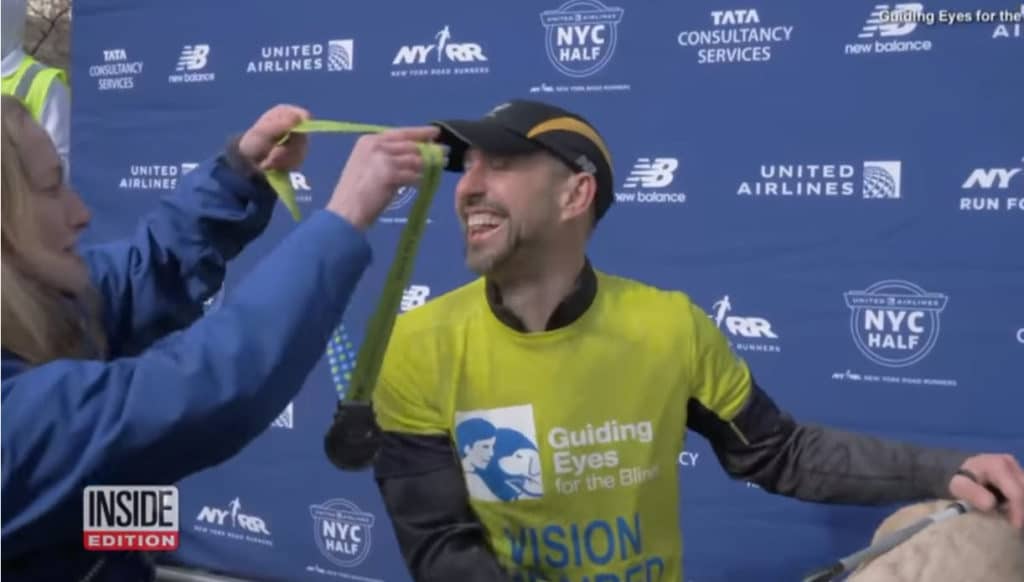 Panek, a lifelong runner, is also president and chief executive officer of the New York-based charity. 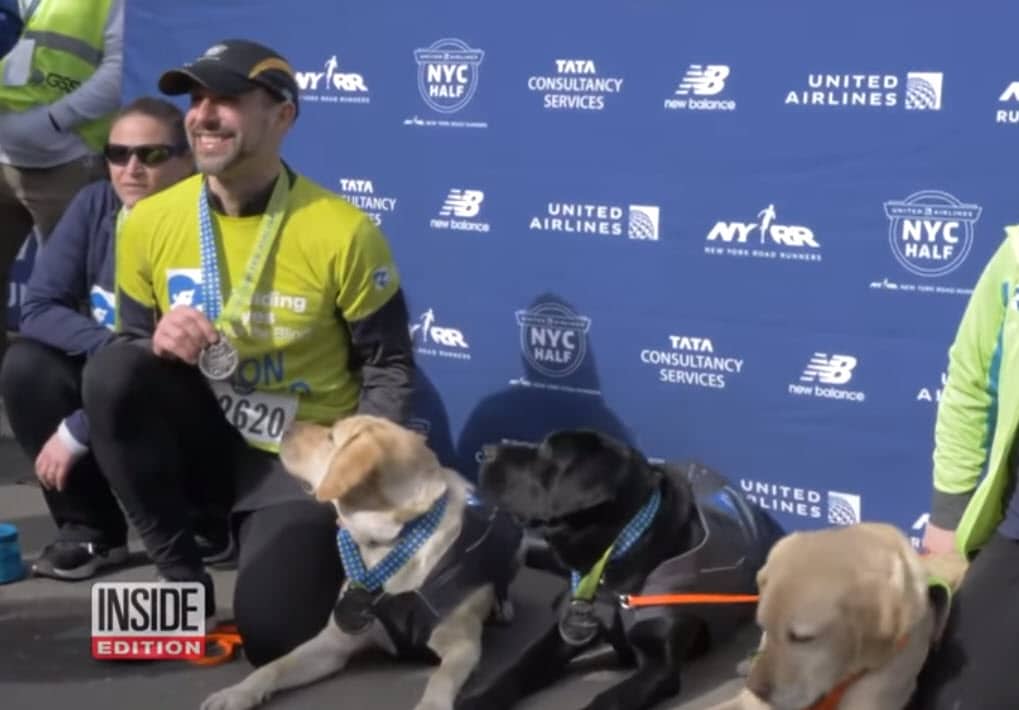 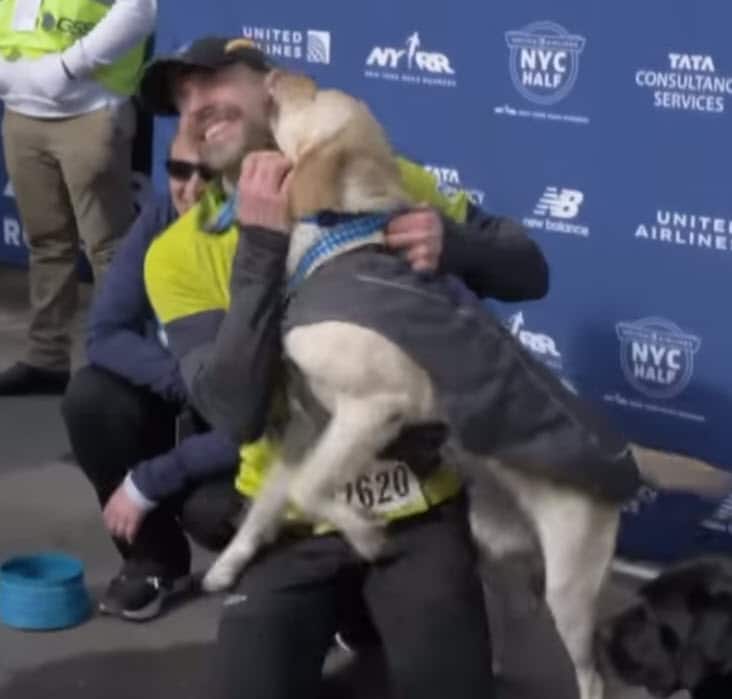 This year, roughly 20,000 runners competed in the St. Patrick’s Day Race which passed through the heart of New York’s Times Square.