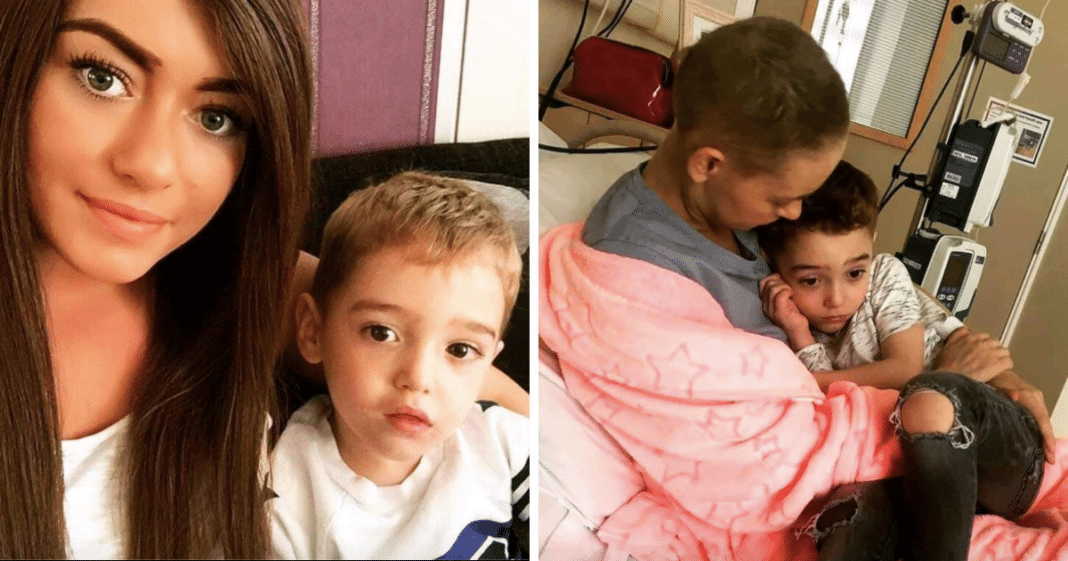 It began with colds and throat infections. When a U.K. woman named Naomi Knighton, age 26, started getting sick more often as a teenager, her mother became concerned and took her to the doctor. What the doctor told her struck terror in her heart. She was diagnosed with a rare form of leukemia. 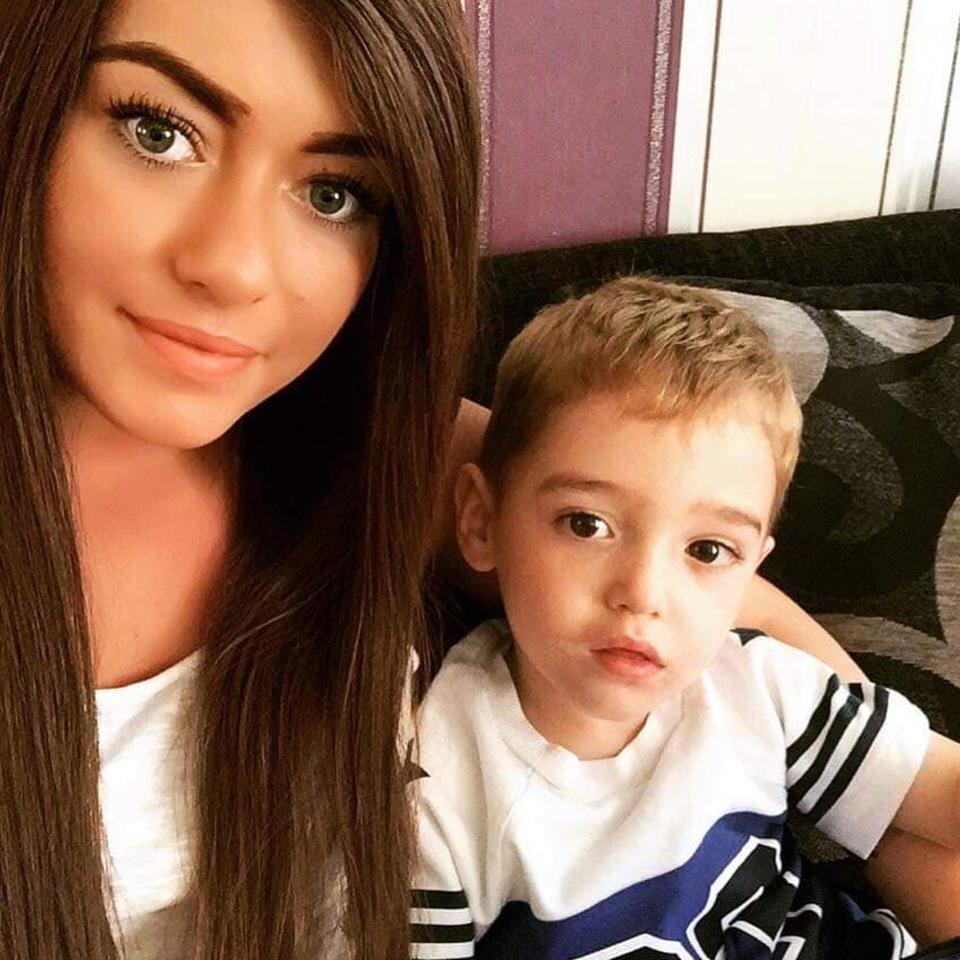 She had two bone marrow transplants that helped her, but on January 11th of this year, she received the news that struck terror in her heart. But not for herself. She has a six-year-old son, J’varn. Now, was told she had only weeks to live unless she took a nasty cocktail of chemo and steroids.

She made the only decision she could: do the meds so that she could have just a little more time with her baby boy. Her sister, Kirsty, was with her.

“They said she had two choices. She could stop everything that day and let it be. But the doctor said it would be quick as it was very aggressive. He said we would be talking weeks, not months. The option Naomi chose was to buy some more time.”

Valuable time in which to prepare her little boy for a future without her.

“J’varn took it really well on the day she told him,” Kirsty said. “He accepted it. I think, in a way, because she’s always been poorly he’s used to her being in and out of hospital. That has sort of helped him.” 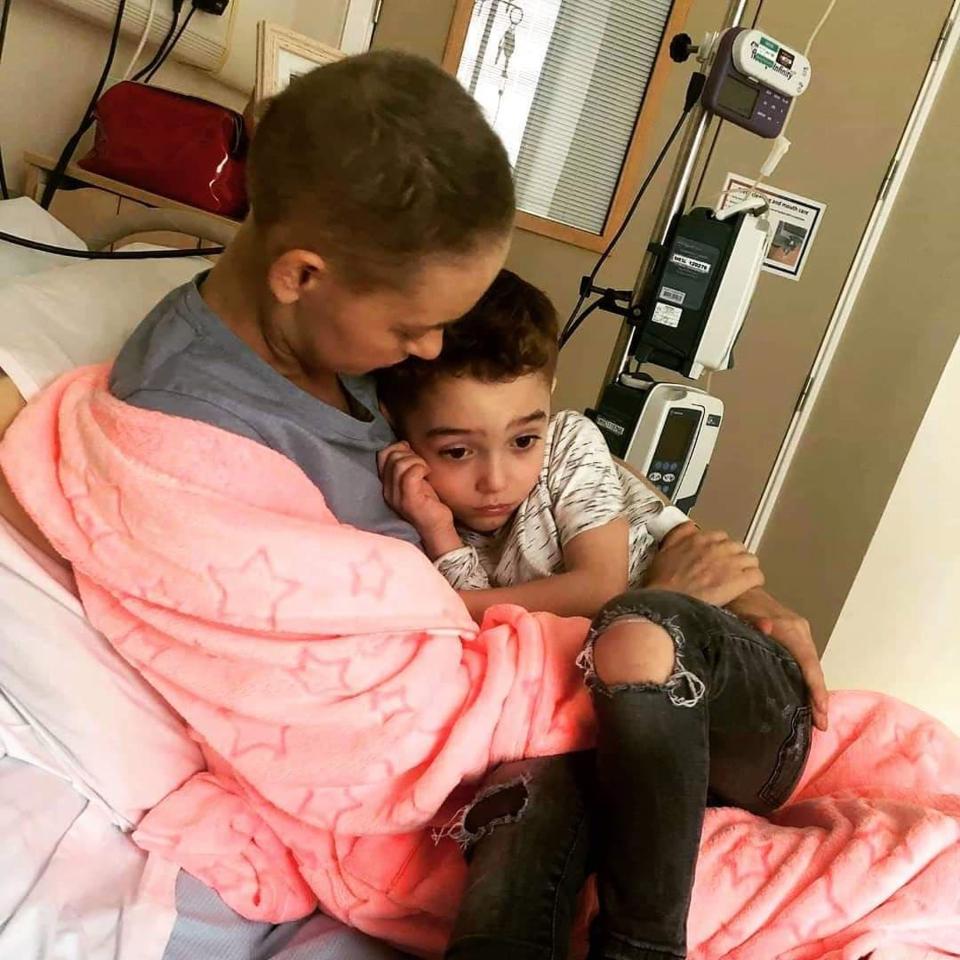 “It’s heartbreaking. We have watched her go through so much and we always assumed she would get through it because she always has managed to get through – and she’s so strong. There have been times that the doctors have been surprised when she’s got through it. She always pulls through against the odds.”

They’re raising funds for Naomi’s funeral. She has requested a white coffin and a nice headstone that her son can go to visit when he misses her. They also hope to raise awareness of stem cell donations. Naomi had a donor but it couldn’t save her. From the GoFundMe page.

My sister Naomi is 26 years old. She was diagnosed with chronic myeloid leukemia as a teenager and she has battled against this for years. Naomi has already undergone two bone marrow transplants. Unfortunately, we have been told there is nothing more that can be done for Naomi. Her leukemia is back five months after her last transplant. We have been told its very aggressive and resistant to all treatments given. We have been told to prepare for the worst. Naomi has a six-year-old son too. As a family, we are heartbroken for our beautiful Naomi, who has battled for so long and remained so strong throughout it all. Our aim is to raise money to carry out her final wishes and give her the send of she deserves. Also as a family, we would like to raise awareness on becoming a stem cell donor. It’s hard to get cell donors in the UK, as there are not enough people prepared to donate their cells.  Naomi has had a donor from Germany previously. So we’re urging people to look into the Antony Nolan project and become a stem cell donor. It really can save somebody’s life. Anthony Nolanhttps://www.anthonynolan.org

Our thoughts are with Naomi and her sweet little boy during this difficult time.