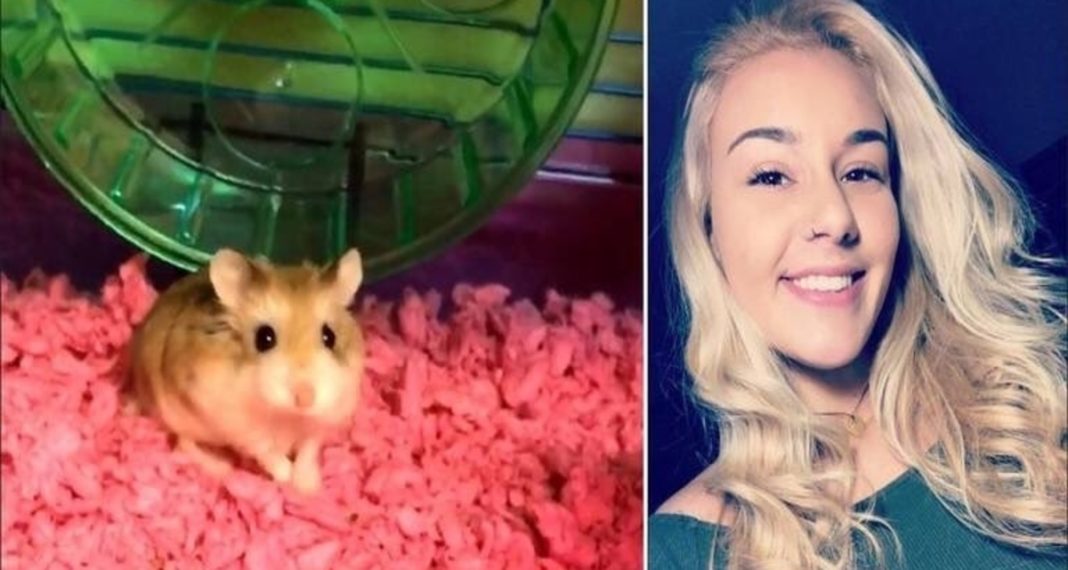 Living with a mental disorder or multiple disabilities can make life quite challenging for some. Therapy and medication can help people cope, but some have resorted to getting an emotional support animal, (ESA).

Unlike service dogs who are trained, ESA’s don’t require specific training to do their job – comfort their human. In 2017, 21-year-old student Belen Aldecosea had a cancer scare. She decided to get an emotional support hamster. These animals are certified by health professionals to assist people by alleviating at least one symptom of their disability.

Balen and her hamster, Pebbles were traveling from college in Pennsylvania back to Balen’s home in November of last year. Balen carried a doctor’s letter stating her purpose for bringing Pebbles on the plane with her. Before boarding her Spirit flight, she contacted the airline twice just to make sure she’d be approved to bring Pebbles.

Despite what the airline told her before her flight, once she got to the airport, another employee said she couldn’t bring Pebbles on the plane nor could she store her in the hold. Balen delayed her flight to consider her options. The crass employee reportedly said she either needed to set Pebbles free or flush her down the toilet.

Balen didn’t have any friends nearby to contact for help; they were hours away in Pennsylvania. She considered renting a car, but there weren’t any available. She could’ve taken a Greyhound bus but the trip would’ve taken too long. she was returning home for an important doctor’s appointment. She’d miss it if she took the bus.

Balen now had to choose whether to set Pebbles free or flush her down the toilet. She opted for the unthinkable.

Balen spoke of the pain she experienced killing the dwarf hamster: “I didn’t have any other options. She was scared. I was scared. It was horrifying trying to put her in the toilet. I  was emotional. I was crying. I sat there for a good 10 minutes crying in the stall.”

She is considering filing a lawsuit against Spirit Airlines for the significant emotional distress they caused her. She has an advocate with attorney Adam Goodman. He told the Miami Herald:”This wasn’t a giant peacock that could pose a danger to other passengers. This was a tiny cute harmless hamster that could fit in the palm of her hand.”

After the story broke, Spirit did admit Balen had been provided the wrong information on taking Pebbles on the flight. they insist that: “at no point did any of our agents suggest this guest (or any other for that matter) should flush or otherwise injure an animal.”

PETA has also condemned the move, calling it cruel and illegal.

PETA Senior Vice President Daphna Nachminovitch told DailyMail.com: ‘One phone call could have saved this animal, or some kind person at the airport could have helped.

‘Flushing a living being down a toilet is not only cruel but also illegal, and both the person who killed this animal and Spirit Airlines—if an employee did, in fact, advise the woman to drown the hamster—should be charged. This must have been a horrific, terrifying death.’

The U.S. Transport Safety Administration has said that they accept hamsters in their security lanes: “Hamsters are welcome in our checkpoint,” their guidance states. “Their container would typically go through the X-ray while the owner would hold the hamster as the passenger walks through the metal detector, so the creature is not subjected to radiation.”

Ignorance was the cause of poor Pebble’s demise. Balen did everything right according to the Air Carrier Access Act, the Federal law that requires airlines allow people to sit in the cabin of the plane with their ESA.

However, you can’t just bring any animal with you and claim it’s your ESA.

There’s been controversy about the legitimacy of the need for these animals. It’s very easy to obtain a certified certificate from a medical professional. You can do this from the link we’ve included here.

To fly with your ESA, you need the certified letter; you also need a leash and/or patch or vest and an ID.