2 Cops Hear Panicked Scream From Woman At Chick-Fil-A, Immediately Grab Baby Out Of Her Arms 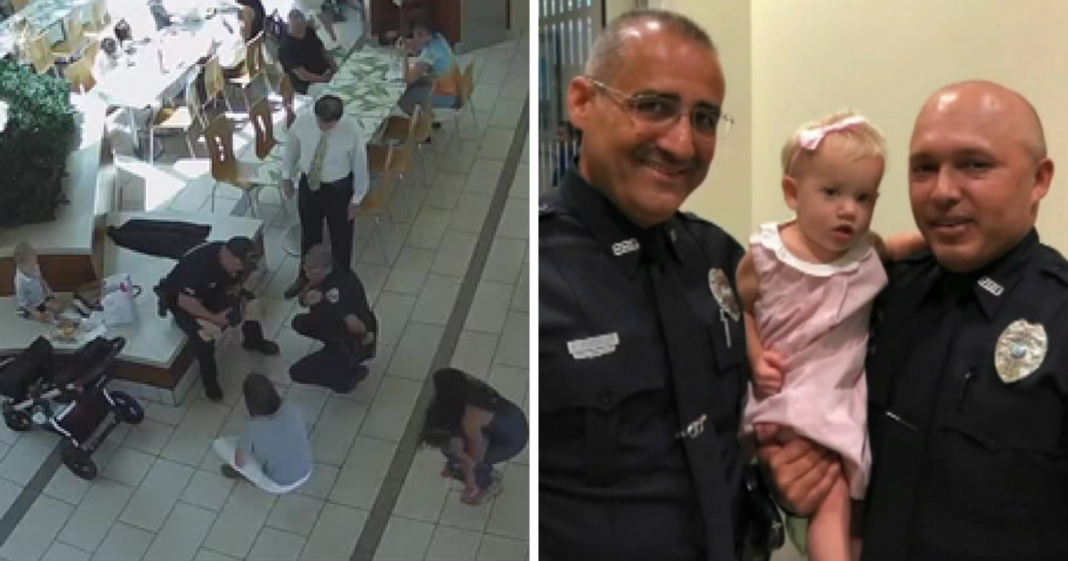 For any parent, I imagine there’s nothing more terrifying than seeing your child in pain and feeling helpless to stop it. Ana Graham was with her 14-month-old daughter, Lucia at the Gardens Mall in Palm Beach Gardens, Florida when she experienced this very thing.

Anna ordered Lucia some chicken nuggets from Chick-Fil-A. When their food was ready, she found them a seat in the food court.

As they ate, Anna observed her daughter exhibit some odd behavior. Her eyes and mouth opened wide as she struggled to cough. Poor Lucia was terrified. She was choking on a chicken nugget.

The distraught mother tried to remain calm as she flipped her child over and pounded her on the back. The Chicken stayed lodged in her throat.

Anna began screaming and begging for help. Someone needed to call 911.

Other shoppers gathered around Anna and Lucia. Two police officers were also eating lunch at the food court. They were also at Chick-Fil-A. They’d observed what was going on. The two men sprang into action, rushing to Anna’s side.

Shocked, the bewildered mother fell to her knees as they took Lucia from her. Their harrowing actions were caught on the mall’s security cameras. The footage has since gone viral. And it’s no wonder why.

See for yourself how these officers save the day.

Have you ever been in a similar situation to Anna’s? What did you do?