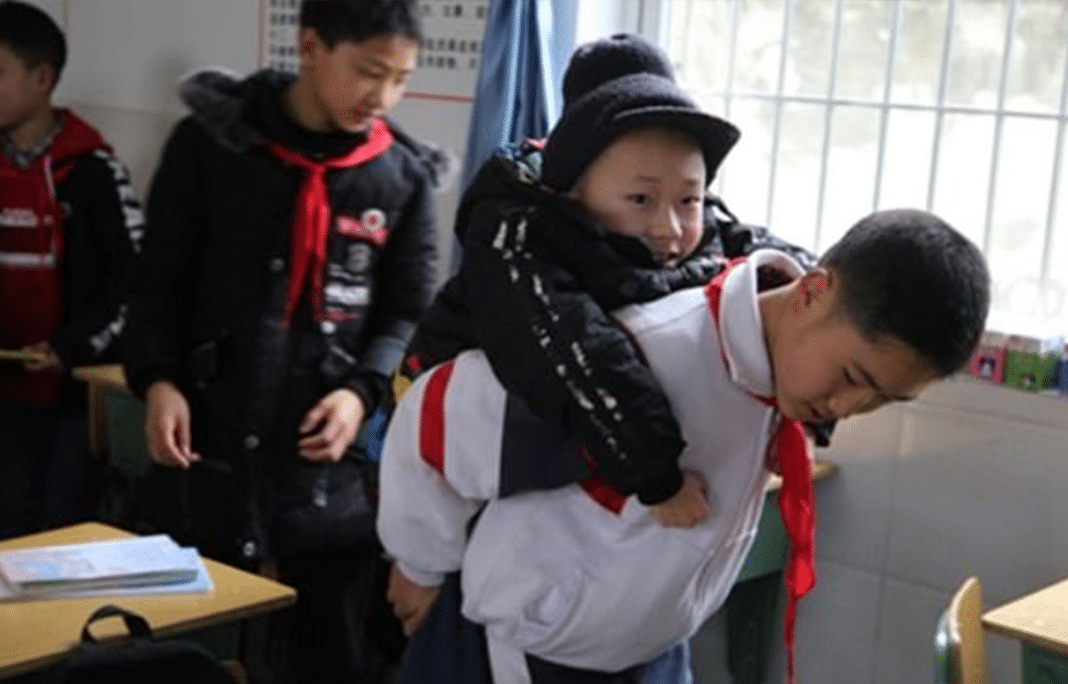 Friendships in grade school can be one of the best parts of growing up. Those friendships can sometimes be lifelong as kids bond over many years of shared experiences. Having someone to lean on at school means everything, but in this story, it’s taken to a whole other level.

Jerry O'connell, River Phoenix, Wil Wheaton and Corey Feldman on the set of “Stand By Me” 1986. pic.twitter.com/QYs1CAp6kE

A boy named Zhang Ze may not have been able to go to school but for the constant support of his friend, 12-year old Xu Bingyang. That support is literal, as Xu liked to serve as Zhang’s “walking stick.”

Xu stepped up to offer all the help one could imagine to Zhang when nobody else would.

“I am bigger than him. I thought if I didn’t help him, nobody else would,” Xu said. 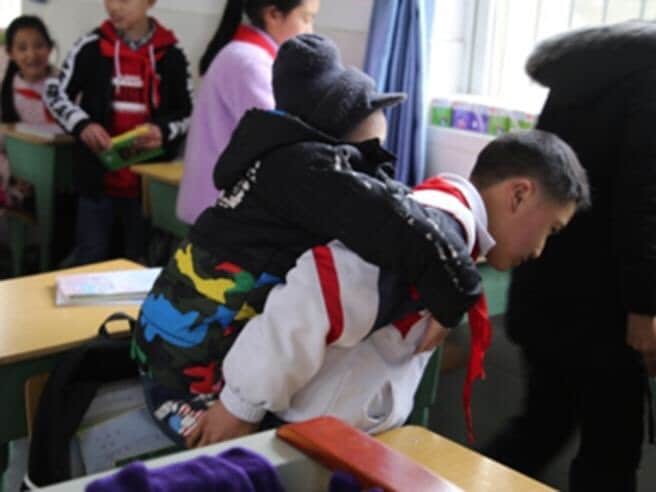 Zhang Ze gets a piggyback ride from Xu Bingyang 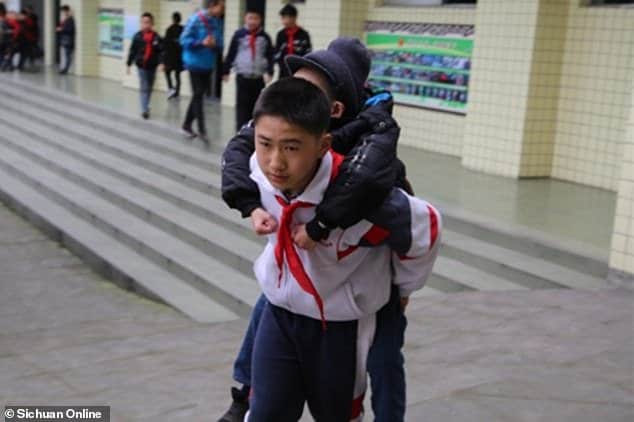 Zhang was diagnosed with an autoimmune condition some call “the rag doll disease,” or Myasthenia gravis. His immune system attacks his nerves and muscles, leaving him unable to walk on his own.

The two boys met in first grade, and Xu immediately offered to help his new friend. Now they are in sixth-grade at Hebazi Town Central Primary School in China’s south-western Sichuan Province.

For six years, Zhang has always been able to count on Xu’s unwavering help. He carries the much smaller boy on his back no matter what the weather is like. Throughout the school day, Xu takes care of his best friend’s needs, from getting his lunch, turning in his homework, taking trips to the restroom – you name it.

It’s remarkable that Xu did all of this selflessly without even bothering to tell his mother about it. She found out about her son’s heroic deeds after students at the school told her what Xu had been doing.

Xu downplays his efforts for his friend, saying it’s no problem to carry the much lighter boy.

While Xu is certainly humble, what he is doing means the world to Zhang.

“Xu Bingyang is my best friend. Every day, he studies with me, chats with me and plays with me. [I] thank him to look after me like this every day,” Zhang said.

Zhang depended on Xu all the more when another boy who helped for three years finally decided he needed more time for play. That left it all up to Xu, but he has remained loyal.

A teacher at the school gave Xu rave reviews to reporters, calling him “hardworking, down-to-earth and very mature.”

“For so many years, [Xu] has continued doing good deeds and never complained in front of the teachers and classmates.”

Helping out his friend, Xu has gone to great lengths, but his reward is an incredible friendship. Now Xu sees a future in which he will continue helping out people like Zhang whenever he can.

Wouldn’t it be amazing if there were more people like Xu in the world and more friendships like this one?