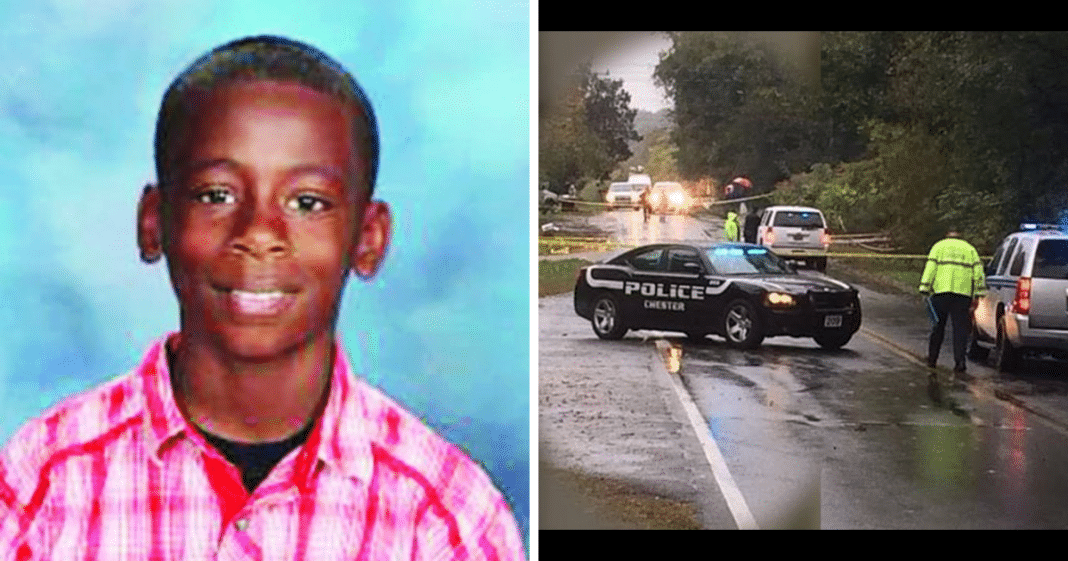 But hidden within this child was an unexpected character that left the entire world speechless. 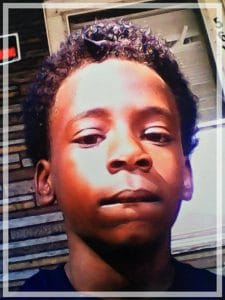 What La’Darious did was something we don’t see every day.

One rainy day, three years ago in October, on a street in South Carolina, La’Darious waited patiently with his younger sister Sha’Vonta for the school bus.

While standing there on Chester street, something happened within a blink of an eye that would alter their lives forever.

While standing only four-foot-six and weighing less than 100 pounds, La’Darious displayed the heart of a giant that day.

He and 7-year-old Sha’Vonta were waiting with some other kids on the part of the road without pavement. As with most of us, they were just expecting to repeat their daily routine of boarding the bus and going to school.

However, that day, as they stood waiting for the bus, a motorist suddenly spun wildly off course.

The other school children were too absorbed with the usual chatter among pre-teens to notice the vehicle. But La’Darious’ little sister was in the direct path of oncoming death.

La’Darious was the only one aware of his sister’s situation and without a moment of hesitation decided to do something most adults much older than he could never do.

“He knew to look out for her,” shared the two kids’ mom, Elizabeth McCrorey.

Just before the car struck his sister, Sha’Vonta’s big brother pushed his little sister out of the way to instead put himself in the path of the out of control vehicle.

Tragically, La’Darious was hit and run over a split-second later. 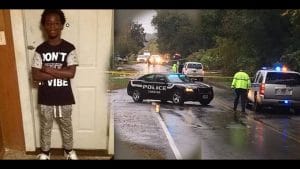 However, the young man’s ultimate sacrifice did manage to save his little sister, who walked away unharmed.

According to the Charlotte Observer, the vehicle crushed him so severely, that the car itself was “severely damaged” from the impact.

Unfortunately, the next series of events made this terrible event even worse.

Instead of pulling over to lend the child assistance, the driver of the vehicle decided to flee the scene of the accident, racing away while La’Darious’ body lay broken in the street because of this person’s actions.

La’Darious was abandoned and clinging on to dear life, while the other children ran to alert adults who then called 9-1-1 straight away.

La’Darious was airlifted to a nearby hospital.

Sadly, their best efforts were not enough to save the brave little boy.

Kimberly Robinson, his cousin, spoke of who La’Darious was in life:

“He was the apple of his momma’s eye. He was well-behaved, he got good grades and he played football. He liked the Baltimore Ravens. The school was supposed to take him to the Bank of America Stadium this week to meet the [Carolina] Panthers and, even though it wasn’t his team, he was so excited because he loved football.” 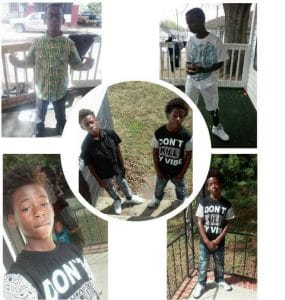 La’Darious’ mother, Elizabeth, always made it a point to teach her son and his sister to do the right thing.

The young man’s last act was a dying testament to how she raised him.

Sacrificing himself to save his little sister was just who La’Darious was as a person.

“I’m glad he saved my life,” his younger sister shared. “He was a good big brother”. 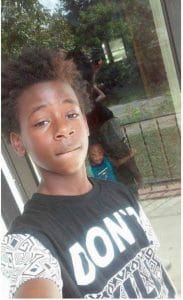 His mother, Elizabeth, decided to make another brave decision by allowing her son to become an organ donor so that he could help other children.

A few days after the crash, Michelle Johnson turned herself into the police. She was indicted on felony charges involving the fatal hit-and-run. 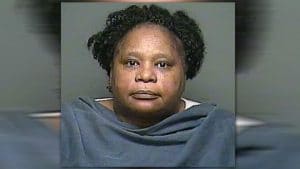 Nearly, two years after the incident, Johnson was given probation and a suspended 5-year custodial term.

However, her name will probably be long forgotten. Whereas, the name of La’Darious Wylie is likely to live on for many years to come as he leaves a legacy that sparked inspiration within countless individuals across the country, and perhaps around the world.

His mother said: “It is just incredible how many people now know what a great boy my son was”

La’Darious serves as a true example of what it really means to be a selfless hero.

La’Darious’ amazing life also inspired local artists to write a song in his honor, in which they turned into a touching tribute music video.